Chinanews.com, Beijing, September 13 (Reporter Gao Kai) On the evening of the 12th, Beijing's classic drama "Family" reappeared on the stage of the Capital Theater.   The original work of Ba Jin, written by Cao Yu, and directed by Li Liuyi, a collision between literature and drama, a dialogue between philosophy and aesthetics, has allowed this classic masterpiece to continue to sublimate on the 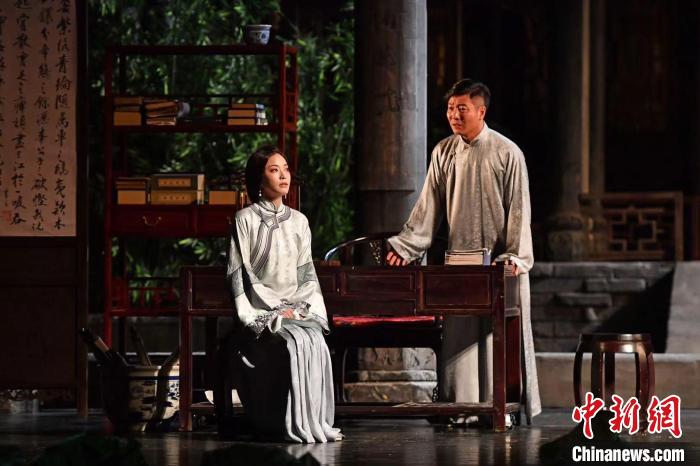 Chinanews.com, Beijing, September 13 (Reporter Gao Kai) On the evening of the 12th, Beijing's classic drama "Family" reappeared on the stage of the Capital Theater.

The original work of Ba Jin, written by Cao Yu, and directed by Li Liuyi, a collision between literature and drama, a dialogue between philosophy and aesthetics, has allowed this classic masterpiece to continue to sublimate on the stage of Beijing People's Art.

Regarding this "Home" which premiered in 2011 and appeared on the stage last year, Li Liu said that he hoped to "take the truth as the starting point and express it with life."

From a masterpiece in the history of modern literature to a poem on the stage, the two literary masters have achieved the classic status of the play "Home", and the second creation has given this work a fresh and vivid vitality.

"Because it is a classic, we need to go deeper to find the ideological and emotional meaning from it." Li Liuyi said.

With continuous performances, "Home" has achieved continuous improvement in the repeated polishing. "The understanding of literature and the pursuit of performance aesthetics are endless." In Li Liuyi's view, the performance of "Home" can be said It is an upgraded version of the play, "From lyrical to poetic, from story, plot, and character reality to psychological reality. Let the actors perform to an aesthetic state." Therefore, on the stage, there are not only different treatment methods, but also The important thing is to achieve the improvement of performance, "return the aesthetics of the drama to the performance, so that the actors can realize infinite possibilities on the stage."

In the ten years of stage precipitation, the growth of every actor is inseparable from life and stage. This real experience is integrated into the work and conveyed to the audience through individual details.

"Jeh Xin, Rui Jue and Mei, the hearts of the three of us are all connected together. We have an unspoken story with each other, so we will be painful and entangled in the rehearsal process, because this kind of emotion is all hooked up. Together, so we can't tolerate a little fake." Jing Hao, who plays Juexin, introduced that this kind of reality makes the actor's heart more painful and also brings an impact.

"They have each other and love in their hearts. This kind of love is great and surpasses the little love. The tacit understanding and understanding between us in and out of the play makes us more understandable and enter the characters when we create. Played as Rui Jue Lu Fang said that he has achieved true resonance with the characters. "The meaning of'home' is to be together. From ten years ago to now, I feel that a kind of growth has been achieved. If there is no such kind of togetherness, there will be no There will be opportunities for growth.

"Mei's actor, Zhang Pei, believes that he has been integrated with his work and life. "The charm of drama is produced in the communication between breathing up and down the stage.

It is reported that this round of performances will last until September 25.