Brother Hao's storytelling丨The best HR was originally hidden in "Journey to the West"...

In "Journey to the West", Wu Chengen portrays the two "Bole" literary images of Taibai Jinxing and Guanyin. They have unique vision and can spot talents. They appreciate the talents of Monkey King, Zhu Bajie and others. It can be said that they are the HR supervisors of Tianting and Lingshan. However, although Taibaijinxing is able to recognize talents, he does not know how to be good, and Guany 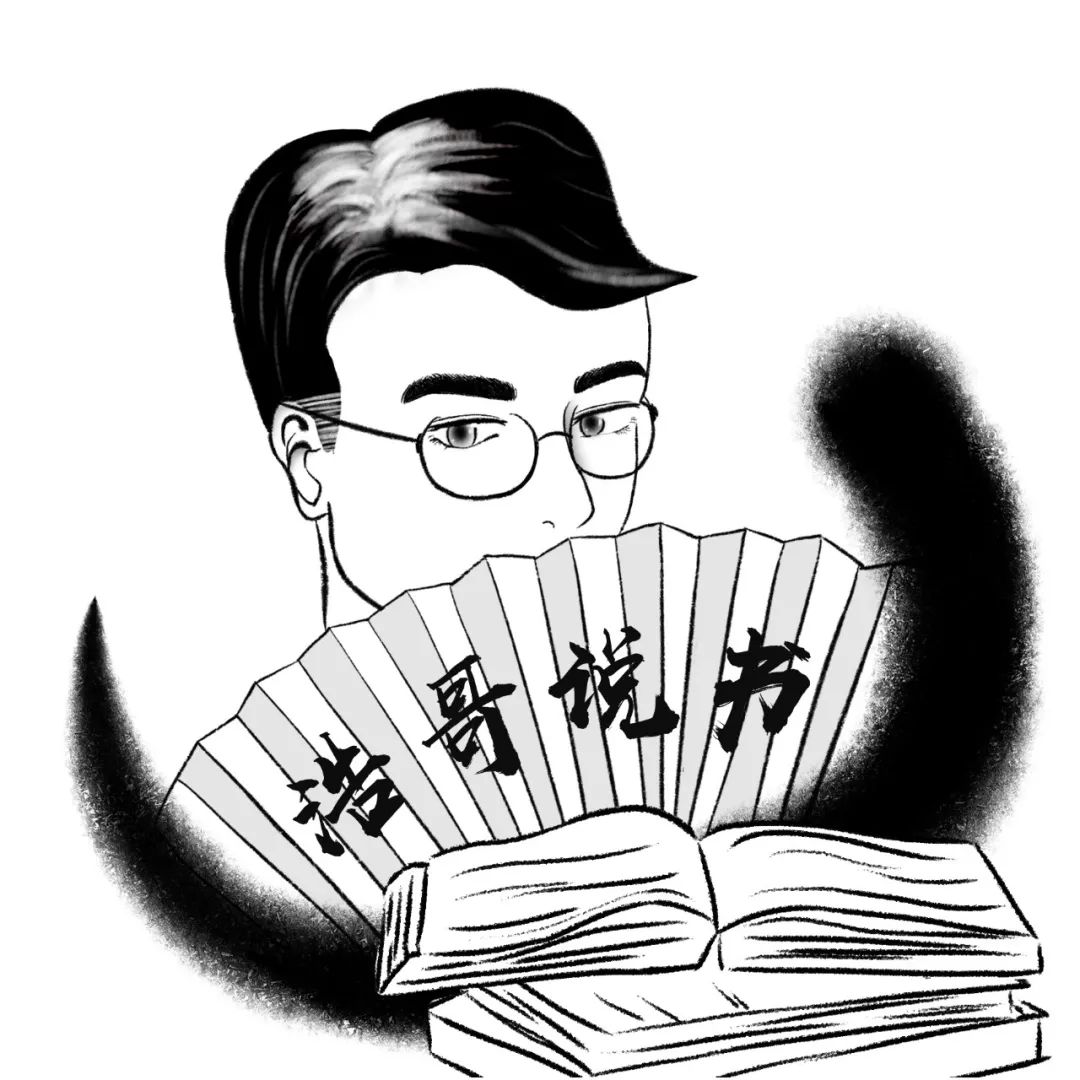 In "Journey to the West", Wu Chengen portrays the two "Bole" literary images of Taibai Jinxing and Guanyin. They have unique vision and can spot talents. They appreciate the talents of Monkey King, Zhu Bajie and others.

It can be said that they are the HR supervisors of Tianting and Lingshan.

HR: Can't know who is wrong

In the third episode of the original "Journey to the West", Taibai Jinxing appeared. After Monkey King made trouble in the East China Sea and the Underworld, the Dragon King and Hades went to heaven to file a lawsuit. The Jade Emperor planned to send the Heavenly Soldiers and Heavenly Generals to capture the demon monkeys.

Taibai Jinxing stepped up in time and persuaded the Emperor to change the word "snatch" to "Zhaoan". This has the benefit of one stone and three birds: one is to show that Tianting cherishes talents; the other is to save money for maintaining stability without laborious and mobilization; and the third is to give the demon monkey Tianting's household registration. Keep him under his nose, lest he make trouble in the mortal world and become unmanageable.

Original text of Journey to the West

The Jade Emperor said, "Which way will the gods conquer the lower realm?" Before the words were said, the Taibai Chang Gung star appeared in the class prostrated and said: "In the Three Realms of the Upper Saint, anyone with nine orifices can cultivate immortals. This monkey is the heaven and the earth. The bred body, the body that is conceived by the sun and the moon, he also walks on the earth and eats the meal. Now that he has cultivated into the path of immortality, he has the ability to bring down the dragon and the tiger. An imperial decree for peace, proclaimed him to the upper realm, awarded him an official position with his birth name, and restrained here. If he receives the mandate of heaven, he will be rewarded later; if it violates the mandate of heaven, he will be captured. Second, there is a way to receive immortals."

"Who takes the lead, who is in charge".

Taibai Jinxing's idea, naturally, he personally went down to the world, persuading Monkey King to go to heaven as an official.

Sun Wukong was too angry to throw off his official uniform and returned to Huaguoshan because he was so angry that Bi Ma Wen had a small official position.

Then, King Tota led the giant spirit god and Ne Zha to arrest him. He never thought that Sun Wukong was so talented that the heavens would not be able to hold him for a while.

Taibai Jinxing gave the Jade Emperor another idea and said that he wanted the title of Qitian Great Sage. Just give him. We don’t give him real power or salary, so we will use this title to trap him so that he won’t be in the world. Get into trouble occasionally.

This time, Monkey King became the Monkey King, because there was nothing to do and he was idle all day long, making other gods feel like raising an idler and wasting the company's food.

The Jade Emperor arranged for Monkey King to take care of Pan Taoyuan.

Let the monkey take care of the peach, what kind of HR can come up with such a bad idea?

The next thing is to steal the Taoist Pill and make a noise in the Heavenly Palace...

In addition, Taibaijinxing also cherishes Marshal Taipeng's talents. Marshal Tianpeng molested her female colleague after drinking and was found and held by the disciplinary inspection department. At that time, Heavenly Court was about to kill him in order to follow suit.

It was Taibai Jinxing who came forward to intercede, and reduced the punishment to a pig fetus.

Although Taibaijinxing can find talents, it does not know how to employ them. There is neither a systematic talent training plan nor a room for growth and development for these talents.

If Sun Wukong had been guided and educated when he was Bi Ma Wen, there would not be any subsequent incidents in the Heavenly Palace.

HR: Should be the only one

Avalokitesvara made her first appearance in "Journey to the West". In the sixth episode of the original book, she recommended Erlang to the Jade Emperor and captured Monkey King who could not hold even a hundred thousand heavenly soldiers.

This shows her recommendation.

After that, Tathagata planned a learning project in Dongtu Datang, which required a team from the personnel department to prepare a team, and Guanyin took the initiative to take the lead to undertake this task.

The Tathagata praised: "You can't go to anyone else, you must be the Lord Guanyin, with great magical powers, to get it."

For special tasks, Guanyin believes that special talents must be used.

From Dongtu Datang to Xitian Leiyin Temple, the distance is long and there are many uncontrollable factors. Just relying on ordinary mortals to form a team is likely to die on the road, so a wave of special talents must be used to escort.

Guanyin believes that each of these "problem elements" possesses unique skills and has their own strengths. If they are guided and educated, they are likely to turn into a positive force and make positive contributions to society.

Secondly, they have a stronger desire for meritorious service than ordinary talents, and they want to eagerly show their own value and wash away the indecent experience of the past.

For special talents, they should not be concealed because of their flaws. They must be good at discovering their talents and expertise, providing them with re-employment opportunities, and at the same time formulating a training plan.

You must know that if their chances of survival are blocked, they may go astray in the second crime.

HR: It takes education to have the right way

Guanyin let Tang Seng and Monkey King run in for a period of time, and then Zhu Bajie and Drifting into the team one after another.

Among this team, Monkey King is the most capable, wildest, and the most difficult to educate.

Although Tang Seng is a mortal, he is educated and ethical. He has kind thoughts in everything he does and he has a firm will to study the Scriptures.

Using Tang Seng’s noble character to teach Monkey King’s brutality, this “combination” of master and apprentice can be said to be a classic case of Guanyin’s rational allocation of human resources.

When Guanyin interviewed Monkey King, he was still curled up under the Five Elements Mountain.

At that time, Monkey King asked Guanyin for help. Guanyin said that in the future, he will learn from others to save you.

Guanyin's move was intended to leave the grace of saving Monkey King to Tang Seng.

She knew that Tang Seng was a mortal, without kung fu and magic power, and it was difficult to manage Monkey King, but with the kindness to save him from the Five Elements Mountain, it was different.

Although Monkey King is stubborn, he is sentimental and righteous, thinking of Tang Seng's grace of reconstruction, he will surely escort him to Lingshan.

To be on the safe side, Guanyin gave Monkey King an extra guard to make sure of everything.

Some people say that it is not doubtful to employ people, and that the suspect does not need to wear tight hoops to Monkey King because they do not trust him.

In fact, it is not the case. Putting tight bands on Monkey King is not only to protect the safety of Tang Seng, but also to protect Monkey King's future. The monkey becomes impulsive, and he doesn't know what he is doing, so this hoop is in urgent need of restraint.

Later, Xiao Bailong, Zhu Bajie, and Drifting were added to the team one after another. Xiao Bailong served as the driver, and Zhu Bajie was the "humorous" in the team. From time to time, he would make fun of everyone and talk about talk shows to relieve boredom. , Become the lubricant of the team relationship; Drifting is the model worker of the team, a team must have a model worker, and contribute to the collective in obscurity.

At this point, the team prepared by Guanyin began to embark on the journey of learning the scriptures from the Western Heavens. When they encountered big troubles, Guanyin came forward to coordinate, and when they encountered minor troubles, Tang Seng and his apprentices would find a way to solve them.

Avalokitesvara’s wise eyes recognize talents, boldly use special talents such as Monkey King, Zhu Bajie, Drifting Monk, and Xiao Bailong to protect Tang Seng Xitian from learning the scriptures. Not only did he successfully complete the task, but also guided Monkey King and others to sincerely reform, abandon evil and do good, and become an industry model.

It can be seen that these "experienced" personnel are away from the human world, and there is only a Guanyin version of HR in the middle.

The top leaders and HR of each unit must have the mind to recruit talents, eclectic courage to employ people, and discover, train, and gather talents with the heart of loving talents, knowing talents, and cultivating talents, so as to create talents. A good situation with abundant talents.

Picture: CCTV version of "Journey to the West" screenshot

Reference materials: "Journey to the West" by Wu Chengen in the Ming Dynasty