"The story of the five women is not told"

This weekend it is a hundred years since the 1921 election to the Second Chamber began. The first election where women were allowed to vote and take seats in the Riksdag. On Sunday, a new documentary, The first five, on SVT about the five women who became the first to be voted on. 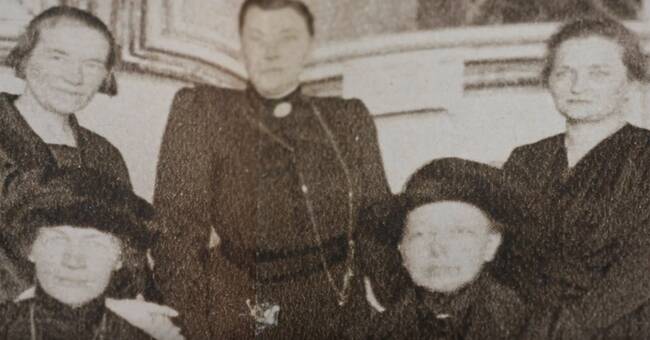 - The story of these first five women who entered the Riksdag is not told. They come from different backgrounds and parties, but are all driven by the struggle to make society better, says the film's producer Lisa Wahlbom.

After many years of struggle, five women finally entered the Riksdag in 1921. They were the Social Democrats Agda Östlund and Nelly Thüring and the Liberals Kerstin Hesselgren and Elisabeth Tamm. They had all been involved in the fight for women's suffrage.

The fifth woman was Bertha Wellin, who instead represented the right-wing party that took a stand against the change. Author Sara Heyman, who came up with a book about Bertha Wellin earlier this year, calls her a reluctant feminist.

- She really stood out in many ways.

The others had fought for women's suffrage, she did not.

At the same time, she pursued very many issues with great success, which were women's issues, including the nurses' conditions, says Sara Heyman.

- They are five from the beginning, then it takes a very long time before there are more women in the Riksdag.

Then we really have to wait until the 90s, says Lisa Wahlbom.

- What surprises me when you read the speeches they gave in the Riksdag a hundred years ago, is that it could be about today: midwives' conditions, equal right to work, equal pay.

In some ways we have come a long way, in others we stand and stomp in the same place.