Paintings and sculptures by Pablo Picasso, Andy Warhol, Mark Rothko and Alberto Giacometti, owned by a wealthy divorced couple from New York, will be auctioned soon by "Sotheby's", and their total value is estimated at about 600 million dollars, according to what the auction house announced. 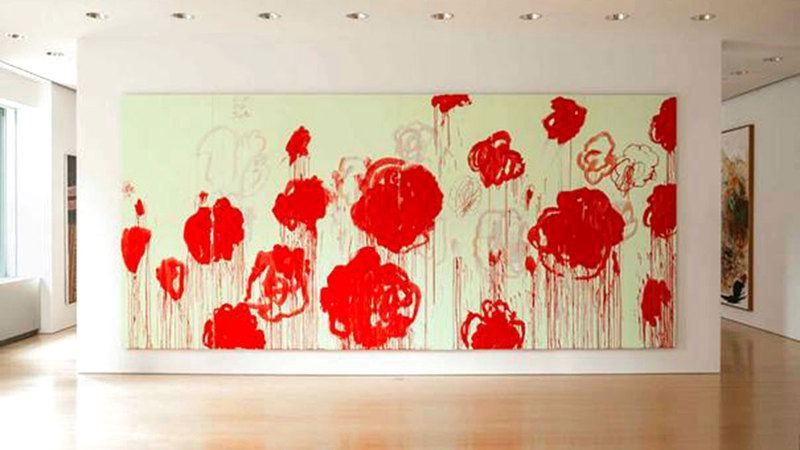 Featuring works by Picasso and Warhol

The painting "Scattering of Flowers" is among the famous works offered for sale.

Paintings and sculptures by Pablo Picasso, Andy Warhol, Mark Rothko and Alberto Giacometti, owned by a wealthy divorced New York couple, will soon be auctioned by Sotheby's, with a total estimated value of nearly $600 million, the auction house announced.

Sotheby's CEO Charles Stewart said during an online press conference that the house had commissioned the auction in November and May for 65 pieces, which constitute "the largest collection of works of modern and contemporary art that has ever been on the market."

The auction house indicated that the total value of the paintings, estimated at about $ 600 million, is the highest ever for a collection of works belonging to contemporary and modern art.

The group is owned by New York real estate magnate Harry McCullough and his ex-wife Linda, but the judiciary did not reach a determination of its value during the couple's divorce, which sparked widespread media attention in the late second decade of this century.

Sotheby's indicated that the price for both the "Nose" sculpture by Jacometti and the painting "Number 7" by Rothko could reach $ 70 million.

The value of Warhol's famous "Nine Marlins" painting was estimated at between 40 and 60 million dollars, while the value of a wire and sheet metal sculpture by Picasso designed as a funeral monument on the tenth anniversary of the death of poet Guillaume Apollinaire in 1918 may reach about 20 million dollars.

Stewart expected this auction to be "historic" and "print the art market and Sotheby's' 277-year history."

65 pieces make up the largest collection of modern art that has ever been on the market.