It’s been a week since minors were addicted to online games, some crashed and cried, some rented accounts to fight again

Chinanews client, Beijing, September 7th (Reporter Song Yusheng) A week has passed since the National Press and Publication Administration issued the "Notice on Further Strict Management and Practically Preventing Minors from Indulging in Online Games" on the 30th.   When minors can only play online games on Fridays, Saturdays, Sundays, and statutory holidays from 20 to 21 o'clock every day, wh 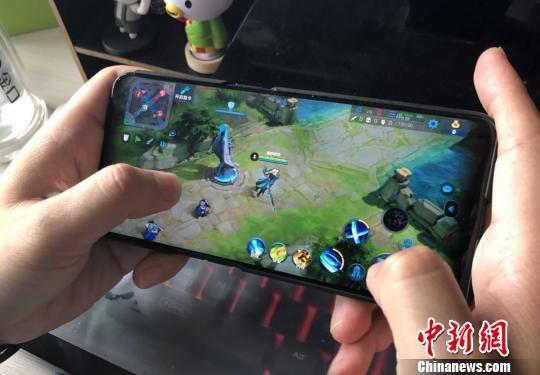 Chinanews client, Beijing, September 7th (Reporter Song Yusheng) A week has passed since the National Press and Publication Administration issued the "Notice on Further Strict Management and Practically Preventing Minors from Indulging in Online Games" on the 30th.

When minors can only play online games on Fridays, Saturdays, Sundays, and statutory holidays from 20 to 21 o'clock every day, what changes have taken place in the "game world"?

On the night when the "Notice" was released, many game companies told reporters that they would strictly abide by and actively implement the latest notices and requirements of the National Press and Publication Administration.

At that time, Tencent also told reporters that in order to further increase protection, the original "zero-point inspection" was upgraded to "full-day inspection" from the pilots of "Glory of the King" and "Peace Elite", and all suspicious accounts were re-authenticated.

Since then, "anti-addiction" has spread to the field of e-sports, and some e-sports events have announced restrictions on the age of contestants.

During this period, short videos such as juvenile players who found out that the game was upgraded with the anti-addiction system holding an ipad and cried, and minors found that they were emotionally broken and crying after missing the only one hour of game time that day, which were widely disseminated on the Internet.

"One of my classmates playing online games has been very emotionally broken these days." A primary school student told his parents after returning home.

And in the hour that was available for minor players to play games last weekend, "Glory of the King" also "collapsed."

In this regard, at 10 o'clock in the evening on September 4, the official Weibo of "Glory of the King" responded that some players had problems entering abnormal qualifying and peak games. The problem has been resolved and is gradually restored.

When only one hour of online games was available on weekends, some children began to return to offline games. The scenes of children holding toy guns and sitting around playing cards reappeared on social media.

Many children choose to play stand-alone games or use some video sites to pass the time.

In addition, there are reports citing the parents of their children as saying that the number of visitors to museums and libraries on weekends has increased significantly compared to before.

According to local media reports, the average daily reception volume of the Guangzhou Library increased by about 30% compared with August during the first weekend of anti-indulging in online games for minors.

However, there are also some minors who choose to "vent their excess energy" on the ratings of online games.

The reporter noticed that during this period, many online games were given 1 star in app stores and game platforms.

Games such as "Glory of the King" and "Peace Elite" were once brushed to a score of less than 2 points.

However, this score was gradually raised again by the "escorting" adults.

In order to restore the game score to normal, many adult players have given 5 stars.

It is worth mentioning that although game companies have introduced further anti-addiction measures against minors; however, reports have found that as long as you spend 33 yuan on renting an account for two hours, you can still bypass the game anti-addiction system. Trigger any real-name authentication system".

In addition, there are also short videos on the Internet showing that minors let grandparents brush their faces to bypass the anti-addiction system.

On September 6, Tencent Games publicly responded to this. Account rental and sale severely undermined the real-name system and the protection mechanism for minors. Up to now, Tencent has sued or sent letters to more than 20 account trading platforms and multiple e-commerce platforms. Stop related services.

The reporter noticed that in the week since the "Notice" was released, there have been voices calling for the whole society to form a joint effort to prevent addiction, that is, in addition to the government's leading role, the implementation of online game platform responsibilities, and the establishment of a complete network literacy education system , Also play the role of parents as the first responsible person.

The relevant person in charge of the National Press and Publication Administration also clearly pointed out in a reporter’s question a week ago that in the next step, the National Press and Publication Administration will work with the Ministry of Education, the Central Committee of the Communist Youth League, the All-China Women’s Federation and other departments to organize primary and secondary schools to carry out special education and promote the majority of parents. , Teachers and students earnestly study relevant policies and regulations, cultivate and improve network literacy, urge parents to strengthen the management of children's game accounts, guide minors to verify their real identity when using online games, and strictly enforce the time period for minors to use online games The length of time regulations form a social synergy to implement the requirements of anti-addiction.