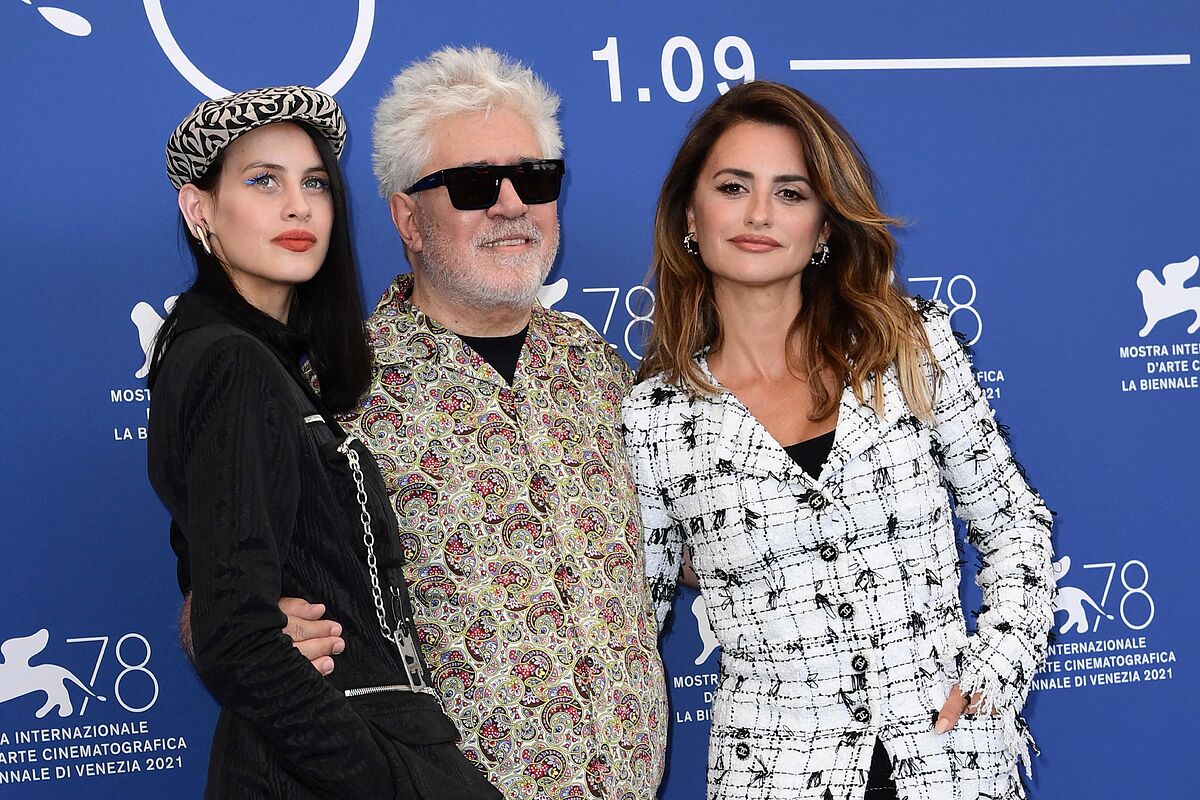 "an enormous moral debt to families of the disappeared "

"In Spain, until the debt with the disappeared is paid, we will not be able to close our recent history and what happened in the Civil War", declared the filmmaker at the presentation of the film with which the official competition of the Mostra opens today.

intersects the theme of motherhood, in its most imperfect facet, and female sisterhood with the common graves of the Civil War and historical memory.

The main plot revolves around the relationship between two women, a more mature one (Janis, Penélope Cruz) and a young woman (Ana, Milena Smit) who coincide giving birth in the hospital, which creates a special bond between them.

In addition, Janis, a professional photographer raised by her grandmother, is determined to fulfill her last wish and find the remains of her

and buried in a ditch at the beginning of the war, for which she will have the help of Arturo (Israel Elejalde) , forensic anthropologist.

In an initial moment of the plot, Almodóvar puts in the mouth of the character of Penélope Cruz the critical quote of a phrase that the then Prime Minister

said in his day,

boasting that in the general state budgets there were "zero euros" for historical memory.

"One of the advantages of cinema is that it survives us and at least in that film he will be eternally linked to that phrase of such bad taste and so harmful," he added.

CineNeus Ballús: "Living together basically consists of admitting the one who is different"

The Boss Baby, The Suicide Squad and all the August 6 movie premieres