Without water, with tons of garbage and a 'beret' of pollution: Mexico City is close to collapse

The evils that afflict Mexico City today have their origin in a pre-Hispanic prophecy. The Mexica were to establish the heart of their future empire in the ... 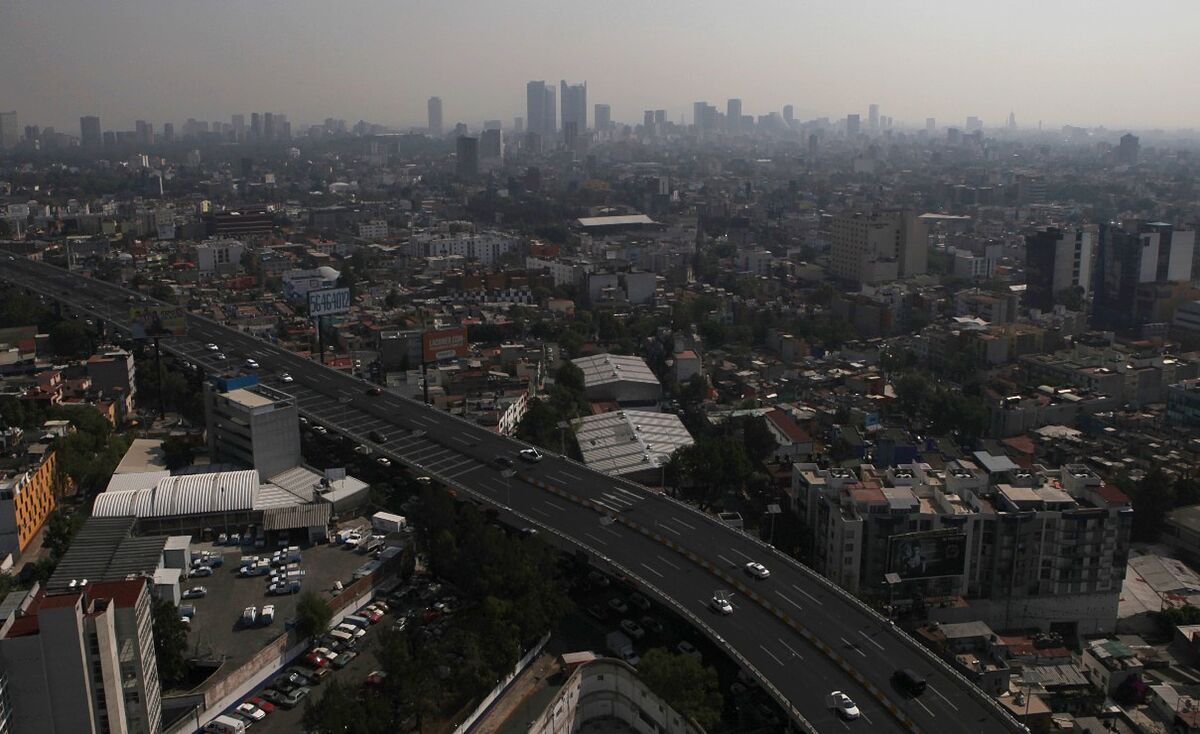 . The Mexica had to establish the heart of their future empire in the same place where they found the divine sign: an eagle eating a snake from the top of a cactus. That image, which is reflected today in the Mexican flag, was found on an islet located in the middle of Lake Texcoco. Despite the difficulty of building a city on water, in 1519, when Hernán Cortés arrived, the Mexica had managed to build the largest and most populated city in the world. 500 years later, a large urban slick has drained the lake and

the city's survival is threatened

if current consumption and extraction dynamics are not reversed. This is attested by a study prepared by the National Water Commission and the World Bank. Mexico City suffers from

, that is, it consumes more water than nature can provide. 32% of the supply comes from groundwater that has been overexploited and 40% has to be imported from distant sources.

, the poor condition of the underground pipes causes 40% of reusable water to be lost. Currently, 20% of its residents already know what it means to live without running water or to receive only a few hours a day.

has also led to another structural problem: the soil of the Mexican capital sinks an average of 50 centimeters a year and it is not going to stop. The most recent estimates suggest that in the next century

. This situation causes floods, leaks, water pollution, damage to buildings, public roads or the suburban transport network. The main cause behind the collapse of the Mexican capital is that the subsoil has dried, causing the layers of clay that compose it to compact. To this is added the enormous weight that the city has gained due to the construction of large skyscrapers or overcrowding.

The metropolitan area of ​​the Valley of Mexico, which includes the Mexican capital and more than 80 conurban municipalities, is the largest urban agglomeration in America and the ninth largest and most populous in the world. The 2020 census revealed that it has

. A UN report revealed that

the city is expanding three times faster than its population increases

, generating "discontinuous urban structures, a high degree of fragmentation, inefficient land use and increasing inequality." The problem is getting worse and worse, as the city ends up absorbing new urban centers that are built without applying sustainability standards.

The Mexican capital has also won the dubious honor of being

among the most polluted cities in the world

José Alberto Lara, director of the University Transdisciplinary Center for Sustainability (Centrus) of the Ibero-American University, explains to EL MUNDO: "The demand for public transport is unsatisfied and there is excessive use of private cars."

Mexico does not meet WHO standards and that is serious.

We are poisoning ourselves by breathing

According to data from the Mexican National Institute of Statistics, an average of five and a half million vehicles travel every day. The

of the city, in the middle of a valley surrounded by mountains, does not help the

to dissipate easily either. “Mexico does not meet the WHO standards and that is serious. We are poisoning ourselves when we breathe and that is something that is not so well known to the common citizen, ”explains Lara.

In mid-March, the city reached a historical record for air quality with up to 625 particles smaller than 10 micrometers, almost six times the acceptable limit to be able to go outside without suffering damage to health. A study by the Center for Economic and Budgetary Research (CIEP) estimated that in 2017 there were

more than 11,000 deaths associated with

in the Valley of Mexico.

As if that were not enough, the Mexican megalopolis generates more than

Enough to fill the Azteca Stadium

Half of the garbage is produced in homes and 60% ends up in landfills, with the consequent impact on the environment, economic cost and damage to the health of the surrounding communities.

Several experts point out that the capital is on

the verge of environmental collapse,

but Lara is more optimistic: “I feel that it is still reversible.

The government is investing in waste treatment, but the issue must start from home, there is still no culture of separating products.

Nature is also one of the factors that affect the sustainability of the Mexican capital. Mexico City is

surrounded by nine volcanoes, eight asleep and one active

70 kilometers away. The Popocatepetl, or Smoky Mountain, is a stratovolcano that has been awake for more than half a million years and that has a height of 5,452 meters and a crater of 900 meters in diameter. It is one of the most dangerous volcanoes on the planet, since its eruption could affect those 22 million people. In the last 20 years it has presented a particularly active stage, with explosions associated with the growth and destruction of the lava domes that it has inside.

Mexico is one of the countries with the highest

the world. Its territory is in contact with five tectonic plates: Cocos, North America, Pacific, Riviera and Caribbean. Given the size and poor condition of many of its buildings, the country's capital has suffered more than other cities from earthquakes. In addition, the groundwater that still flows under the city causes the seismic waves to bounce and do not slow down, so that the earthquake is felt even more aggressively. The three earthquakes that have affected the capital's most have been those of 1965, 1985 and 2017, with thousands of deaths and damage.

and petty crime are recurrent in Mexico City.

According to official figures from the Ministry of Security, an average of three murders, two wounded by firearms, 10 assaults against businesses, 18 stolen vehicles, 29 robberies from pedestrians and four rapes are recorded every day.

The authorities are promoting various projects to

make the capital a safer and more sustainable place, but time is running against them

Threatened by the lack of water, high levels of pollution and garbage, a sinking soil, earthquakes and active volcanoes and the excessive growth of its population, Mexico City is reluctant to see the apocalyptic prophecies that predict its definitive collapse fulfilled.

The invisible mafias of the sand: the business that 'erases' beaches in the Third World

The world wide openLeonardo Boff: "Francis does not live in the papal palace because he says that it is more difficult for him to be poisoned"