Kanye West's new album "Donda" is about the artist's mother's death, the divorce with Kim Kardashian and the love of Jesus. The rapper is less boastful and more searching and reflective in the new album, Kristoffer Viita thinks. 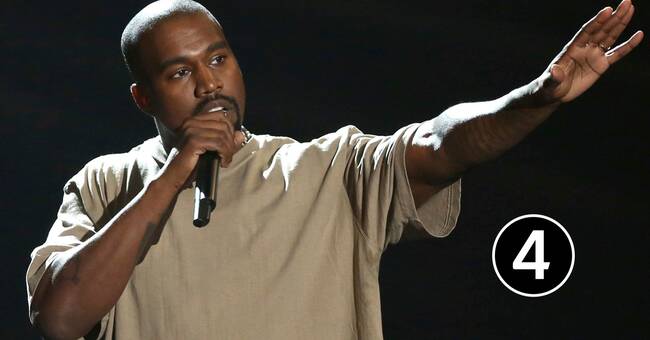 Kanye West's tenth album preceded by delays, a beef with Drake, conflicts with the record company and megalomaniacal listening events with strange performances that imitated the star's life.

Everything has created a media circus and generated enormous hype and skepticism.

"It's best that this shit is good" - has been the attitude of many fans.

With that said, I was childishly happy when I heard the first notes.

took Kanye out of "The sunken place" - a term taken from the horror film Get out which has become synonymous with Kanye's superficial and dark existence in the Los Angeles celebrity bubble that seemed to torment him on the sometimes manic The Life of Pablo.

Ye and his Gospel album Jesus is King were, according to many interludes, and for those who followed Kanye's slightly embarrassing Presidential campaign that followed, it felt as if one of our greatest artists had stagnated.

Donda is, fortunately, his resurrection.

Kanye West is less boastful and more searching and reflective.

But he is still Divinely bombastic and the beats just as innovative as we demand of a new Kanye album.

The lyrics are about the grief of his mother Donda

, who was single for much of his upbringing and also acted as Kanye's "momager" before she died in the suites after plastic surgery in 2007. But the lyrics also touch on the divorce from Kim Kardashian (who he does not seem to have come over) and very much is about his love for Jesus.

But it's less mesmerizing than on Jesus is King when Kanye raps things like "The devil rules the playground but God still owns the building".

But more than that, West focuses on the Christian idea of ​​the forgiveness of sins.

And Kanye uses his religious convictions to maximize the American idea of ​​recreating himself.

The same idea seems to lie behind his choice

But just like in My Beautiful dark twisted fantasy, West has still managed to bring out the best in its guests, such as Jay Electronica, The Weekend and Young Thug, who all make memorable achievements.

The exception is Jay-Z, which sounds measured and blasé.

Although there will be some gospel songs for many, it is impossible to escape the fact that every Kanye West record is a minor miracle.