More than two weeks after the earthquake of August 14, 2021 in the southwest of Haiti, a question is becoming more and more pressing: can the return to school take place? The has ... 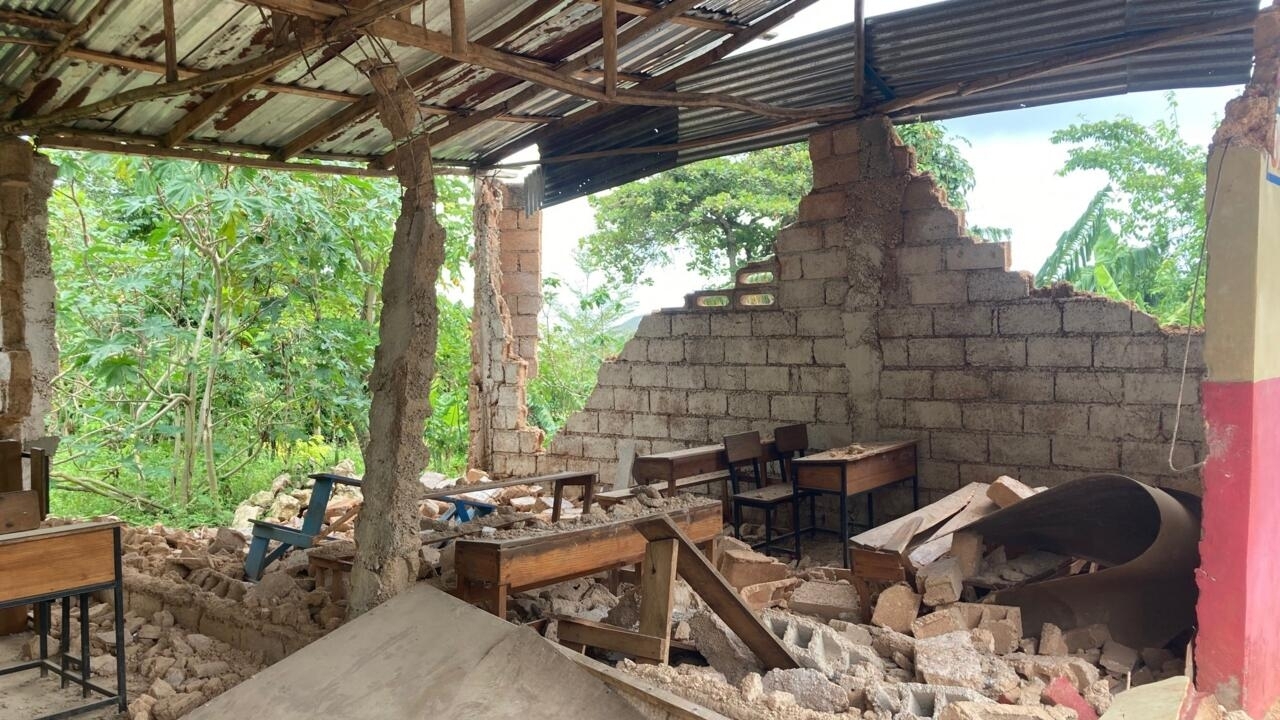 Haiti, an impossible return to school?

Numerous schools were devastated by the earthquake that hit southwestern Haiti on August 14, 2021. © RFI / Stefanie Schuler

More than two weeks after the earthquake of August 14, 2021 in the southwest of Haiti, a question is becoming more and more pressing: can the return to school take place?

The authorities for the moment maintain the objective of September 6.

Among the tens of thousands of buildings damaged or completely destroyed by the powerful earthquake of magnitude 7.2 on the Richter scale which hit southwestern Haiti, there are many schools. Last week, the Haitian Minister of Education declared that the return of affected children to class was one of the priorities of the interim government. The date of September 6 for the start of the school year is maintained for the moment. But on the ground, reality seems to speak a whole different language. Besides the material damage, many teachers themselves have lost everything and have to deal with the emergency. For parents too, how can you pay when you are deprived of resources when 80% of schools in Haiti are private and therefore paying. This is a report by our special envoys Stefanie Schüler,Nicolas Benita and Marc Kingtoph Casimir.

Ida, from hurricane to tropical storm, wreaks havoc in the southern United States

The dreaded hurricane was this Monday morning, August 30, downgraded to the level of tropical storm, after having touched Louisiana yesterday.

Authorities are asking residents to stay in their shelters, as the danger is not over.

Ida hit Louisiana for 16 hours and the rain and standing water are still very much present.

In total, more than a million people in Louisiana and Mississippi are without power.

And that could go on for several days.

For the moment the human toll is one dead, a man in his sixties victim of a fall from a tree.

D-1 before the Americans leave Afghanistan

The evacuation operations of Afghanistan continue this August 30 "without interruption" assures the American White House which devotes its last hours of presence in the country to make leave its 300 nationals still on the spot.

will leave Afghanistan for good in a climate of great tension.

A chaotic start that earned President Biden more and more criticism from his opponents.

According to a recent CBS poll, 74% of those polled believe that the troop withdrawal was mismanaged.

Earthquake in Haiti: "If I do not hold on, mine may die"

Drinking water, a major concern in Haiti two weeks after the earthquake