Amancio Ortega continues to be the great fortune of our country, one that amounts to figures that are difficult to assimilate: almost 70,000 million euros, according to the latest estimate by Forb 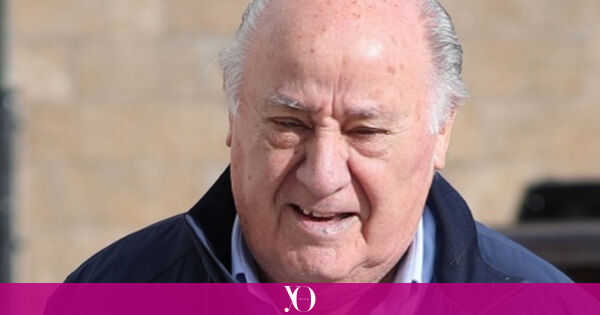 continues to be the great fortune of our country, one that amounts to figures that are difficult to assimilate: almost 70,000 million euros, according to the latest Forbes estimate.

, which this year will receive about 1,300 million euros in dividends from

All despite the fact that in 2020 one hundred percent of the group's stores remained closed or restricted both their hours and their capacity, which caused a decrease in sales of 28%.

has managed to raise his assets by 40% and is, according to the Forbes list, the only fortune in the world.

An entire empire that goes beyond textiles and includes real estate businesses, cosmetics and even a commitment to

Its latest major project is Inditex Renovables, a company that, also based in

(A Coruña), will offer services related to the production and commercialization of thermal or electrical energy.

already owns 5% of Red Eléctrica (REE), which is added to the 5% that it already owned, since December 2019, of Enagás.

But how do you go from dominating the fashion world to the energy sector, which is permanently in the spotlight this summer?

From Valladolid parents, the richest Spaniard, who turned 85 on March 28, was born in León during the Civil War, although a few months later his family moved to Tolosa, where they lived until they settled in

Shortly after, he developed commercial work in the clothing company La Maja, where he met

and where the business that has given him everything emerged:

With Rosalía Mera he had two daughters -

, the eldest and also one of the greatest fortunes in Spain, and

, married to Carlos Torretta, son of designer Roberto Torretta - and a son,

The textile empire arose hand in hand between

From there, and with the help of the family and the founder of the

, (acronyms that respond to the initials of his name,

read backwards), the germ of a new way of understanding fashion that has revolutionized the industry: Zara, the flagship of his fortune and all his heritage.

SOS fashion Designers warn: the magic of fashion is being lost, it is time for a new era with more ethical collections

Fashion Sandals are also for autumn, and Tamara Falcó has the most sought after look

Protagonist Kristen Stewart, Diana of Wales and the dress that sums up the story of the broken princess