We are optimistic about the presence of Sheikh Rashid bin Humaid Al Nuaimi at the top of the football pyramid as president of the Football Association, and he faces great challenges in order to advance Emirati football at the continental level, which requires the solidarity of institutions, bodies, the Professional League and Sports Councils and cooperation for the development of Emirates football. 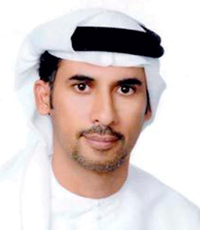 We are optimistic about the presence of Sheikh Rashid bin Humaid Al Nuaimi at the top of the football pyramid as president of the Football Association, and he faces great challenges in order to advance Emirati football at the continental level, which require the solidarity of institutions, bodies, the Professional Association and Sports Councils and cooperation for the development of Emirati football, and to adopt the project of opening the door to professional players The Emirates abroad as a national sports project and it is the ideal solution to develop the Emirates football and the national teams. Professionalism must be official and the Football Association must be well versed in the project through the creation of a committee emanating from the Professionalism Committee called the Coordination and Support Committee for External Professionalism, and its approval of The player’s professionalism is an essential thing after the approval of the player, his guardian and his club, and that the committee is responsible for knowing all the details about the club to which the player will move.To qualify for the World Cup and achieve the Asian Cup and the strategy and vision of the Football Association 2038, it is the external professionalism that makes the player mentally and tactically disciplined, and external relations have a role in the success of this project by concluding agreements with the football federations in some Asian and European countries such as Japan, South Korea, Spain, Portugal, Belgium and Croatia to contract With the talented players in the Emirates, with these players joining the foreign clubs of the second division and grading to the first division teams in the future, and the best evidence of the Omani international goalkeeper Ali Al-Habsi.Reducing salaries stimulates talent in our clubs to professionalize abroad, and the contracts of professional players in our clubs have ballooned unacceptably, so clubs have drowned in debt and some clubs have had to cancel some team games this season, and huge salaries have become an obstacle to external professionalism, and perhaps the decision to reduce huge salaries will be a big shift In the future of UAE football and contributes to encouraging players to become professional abroad, especially since the Emirati player needs such a decision to organize his professional life, and also helps clubs to organize their financial affairs, so this will result in an abundance of players who are encouraged to take an external experience away from material ambitions, and it will be Their goal is the emergence, development and progression of a step forward in the foreign stadiums, especially in Europe, Japan and South Korea. We will see the list of the first national team players with names playing in clubs outside the country, whether in Japan, South Korea or on the European continent, even if in second-class clubs.

The biggest evidence of the development of the teams in light of the professionalism of players abroad: Japan, Algeria, Morocco, Egypt, Tunisia and many countries on the black continent.

The question that arises is whether the market value of our players locally constitutes a major obstacle to the professionalization of our players abroad?