1,000th episode of "Tomorrow belongs to us": everything that will change in the TF1 series

TF1 broadcasts Thursday evening the 1,000th episode of its successful series &amp; quot; Tomorrow belongs to us &amp; quot ;. Guests on the same day of &amp; quot; Culture Médias &amp; quot ;, the &amp; nbsp; artistic director of French fiction at TF1 Anne Viau &amp; nbsp; and Emmanuel Moire, who is making his acting debut, explain everything that will change in the series. 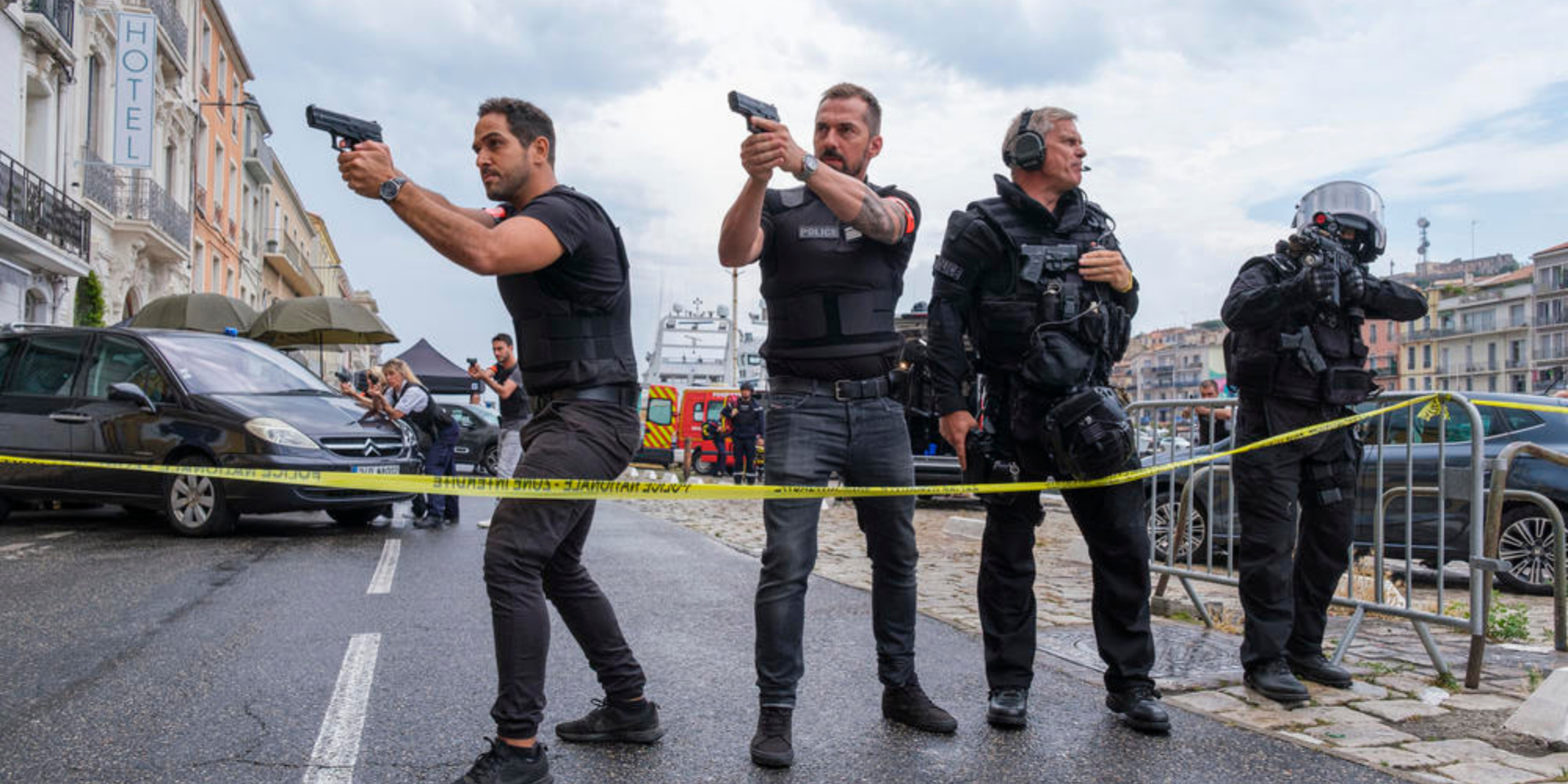 TF1 broadcasts Thursday evening the 1,000th episode of its successful series "Tomorrow belongs to us".

Guests on the same day from "Culture Médias", the artistic director of French fiction at TF1 Anne Viau and Emmanuel Moire, who is making his acting debut, explain everything that will change in the series.

1,000 episodes broadcast. This is an important milestone that the successful TF1 series

Demain belongs to us on

. An occasion that the chain never fails to celebrate. The soap opera, launched in July 2017, indeed offers several great novelties as told in

the artistic director of French fiction at TF1 Anne Viau and Emmanuel Moire. The singer will make his acting debut in the series. In recent days, the plot of

has increased in pressure, several of its characters being victims of a hostage-taking which will affect its outcome during episode 1.000.

"There will be a lot of new things," promises Anne Viau.

"You will discover a new credits played by Vianney. Tonight is the big premiere."

A title that has been kept preciously secret, but which

has been able to obtain a pirate recording, to listen to in the video at the top of this article.

"The recording you have is not exceptional. If you want to have the right sound and the right picture, you have to watch this evening", reacts the artistic director of French fiction at TF1.

A credits that was not offered to singer Emmanuel Moire, who begins in the series.

"The idea is really to take my first steps as an actor. So if I can get away from music a bit, at least on the series, it's great," he explains. there on Europe 1.

and the following ones will also inaugurate several new sets. "We are going to discover a new police station, in any case, a technical and scientific police" reveals Anne Viau. "There will be a new law firm. And above all, a new high school where our heroine Chloé, played by Ingrid Chauvin, will become a principal. And where she will meet Emmanuel Moire, who will be a French teacher."

"François is a brand new French teacher who is arriving in this new arena, this beautiful high school where I had the joy of playing for a month", adds Emmanuel Moire about his character.

"He's a teacher who really loves his students and transmission. He does everything to make his class a place of trust, where everyone can really express themselves. He wants his students to gain autonomy, free to think, to help them build the adults they will become tomorrow. I find it very interesting to play. "

Surprise, joy and petition: Linda Hardy tells about her departure from "Tomorrow belongs to us"

But the cast is also enriched with new names. "We wanted, as always in

, to welcome stars", analyzes Anne Viau. "Starting with Emmanuel. Xavier Deleu will join us, as will Victoria Abril, Charlotte Gaccio and Jennifer Lauret. It's a very, very beautiful cast, designed to delight our viewers." So many new features to discover Thursday evening on TF1, from 7:10 pm.