Africa Press Review - In the Spotlight: Afrobasket 2021 kicks off

In the spotlight: Afrobasket 2021 kicks off Audio 04:30 Cameroonian Kenneth Kadji against Ivorians, in qualifying for Afrobasket 2021. Courtesy of FIBA ​​Africa By: Frédéric Couteau Follow 12 mins Advertising The 30th edition of the African basketball championship starts this Tuesday in Kigali. "  Rwanda is organizing this flagship competition for the first time ," said Le Point Afrique , af 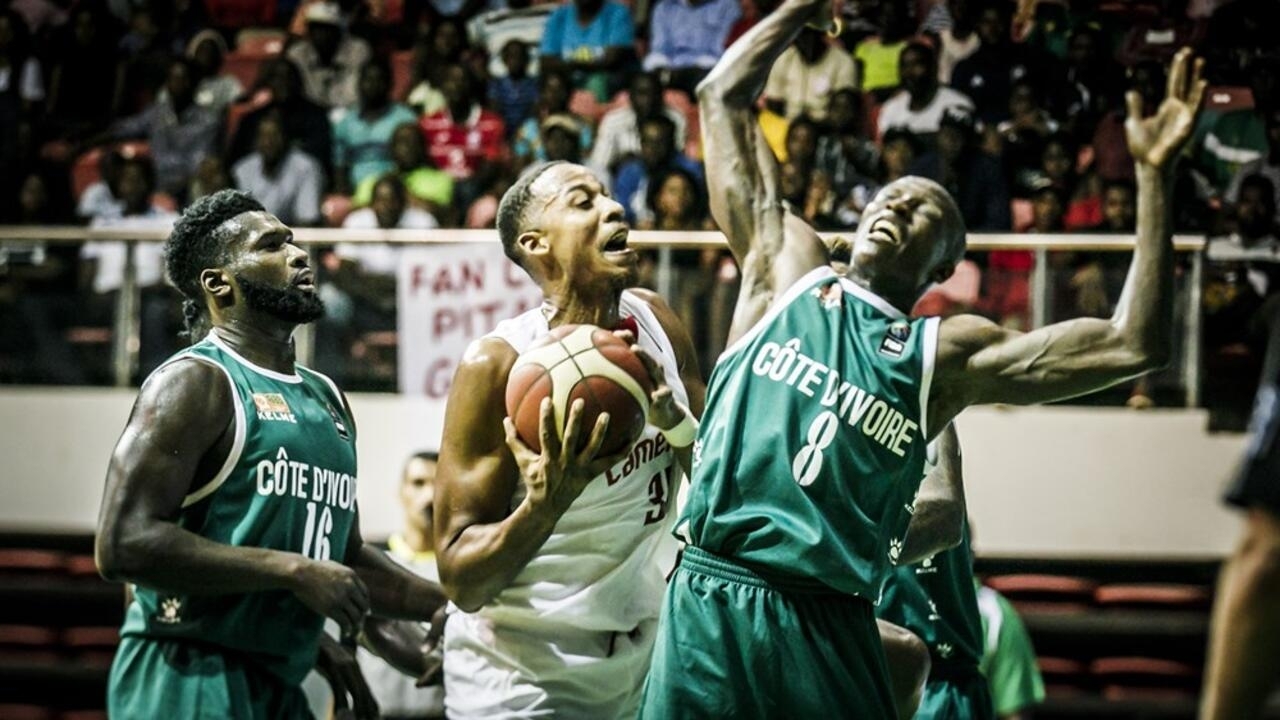 In the spotlight: Afrobasket 2021 kicks off

Cameroonian Kenneth Kadji against Ivorians, in qualifying for Afrobasket 2021. Courtesy of FIBA ​​Africa

The 30th edition of the African basketball championship starts this Tuesday in Kigali.

Rwanda is organizing this flagship competition for the first time

after hosting the African League Basketball last May.

At the end of the Olympic Games, for which Nigeria was the only African representative, the competition promises to be open with several teams which can nourish hopes of final victory.

First of all, Nigeria, which “

will have a lot to do to keep its rank of favorite and win the 2021 edition,

Confronted with Ivory Coast, 4th in the African ranking, having taken part in the last World Cup and author of a clear round during the qualifiers, in Kenya and Mali, the D-Tigers will have to reassure and reassure themselves of 'Entrance.

outgoing African champion and also winner in 2011, Tunisia attacks the competition with one ambition: the defense of its title.

Angola for its part has certainly been “

champion 11 times (including 6 times in a row between 1999 and 2009), recalls Le Point Afrique, but it is perhaps no longer among the main favorites.

Despite everything, she wants to prove that she remains a reference in African basketball.

Finally, a serious contender for the title: Senegal.

Only third in the Afrobasket co-organized on home soil, Senegal, five-time African champion, is entering the competition with the intention of finishing at a higher step than in 2017.

The Lions in search of a lost title, for 24 years

The Senegalese national team, which has not won the continental trophy since 1997, is the favorite part of this competition,”

, with the players at its disposal. But it will have to fight hard with big names from the continent like the defending champion, Tunisia, Nigeria, Egypt and Angola, the continent's most successful team in this tournament.

Why has Senegal not won the Afrobasket for more than two decades?

This is the question that comes up all the time when one of the largest nations of the African continent is analyzed.

And that remains a mystery ...

sharing Group D - one of the toughest in the competition - with South Sudan, Uganda and Cameroon, a successful entry into the tournament will be fundamental (for Senegal) to dream of a new coronation.

Also read this morning in the press, this survey by

on the management of Covid in Tanzania.

In Tanzania, denial persists in the face of the coronavirus epidemic

Get vaccinated against the coronavirus? Most Tanzanians still don't want to hear about it. Their country was one of the last in the world - along with Madagascar, Haiti and Burundi - to embark on the path of vaccination. Only Eritrea and North Korea, two of the most closed states in the world, still oppose it. Result: one month after the start of the campaign, which is open primarily to people over 50 and health professionals, only 220,000

Tanzanians out of 59.7 million are vaccinated.

Admittedly, the situation has improved, notes

since the death in March of President Magufuli," covidosceptic ", the authorities have changed their views but they are struggling to convince the population to be vaccinated.

(…) On July 28, Tanzanian President Samia Suhulu Hassan nevertheless took care to receive her injection of Johnson & Johnson in front of the cameras.

As "president and commander-in-chief of the Tanzanian armies (…), she declared, I would not put my life in danger if the vaccines were not safe".

A message to encourage his most skeptical fellow citizens, but which probably comes too late.

West Africa under threat of Ebola?

Finally, the Ebola virus is talked about again in West Africa.

A young Guinean tested positive for the Ebola virus in Abidjan, with dozens of contact cases in Guinea and Côte d'Ivoire, a suspected case in Guinea… Suddenly,

witnessing the great return of 'Ebola in West Africa, while the fight against Covid-19 rages on?

Nothing is less certain, responds the Burkinabè site, the critical threshold is far from being crossed.

the fear of an epidemic is justified and growing, African borders being recognized for their legendary porosity.