A wide case of controversy aroused by the Jordanian series “Al Rawabi School for Girls”, after it was shown on the “Netflix” platform, as it reached the point of polarization among the pioneers of social networking sites. Fat 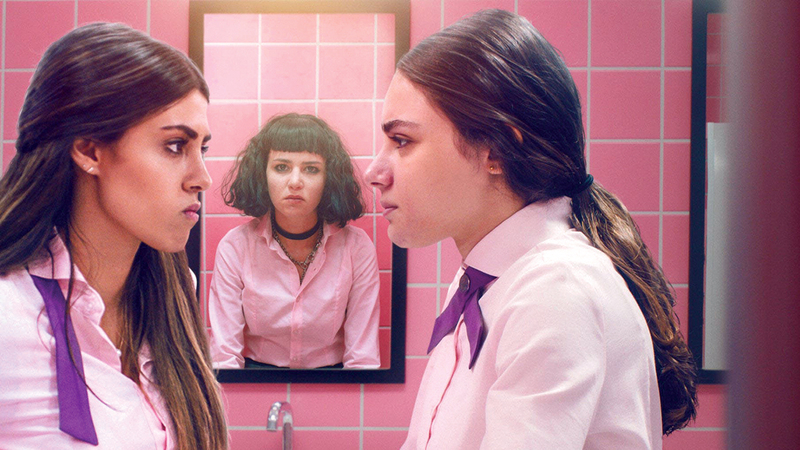 The director of the series expressed her pride in the work

Some saw the series as a blatant departure from the habits of conservative Jordanian society.

A wide case of controversy aroused by the Jordanian series "Al Rawabi School for Girls", after it was shown on the "Netflix" platform, as it reached the point of polarization among the pioneers of social networking sites.

The audience was divided into two groups, one of whom believes that the series “Al Rawabi School for Girls” has succeeded in addressing most of the problems of girls in Jordanian and Arab society, especially those related to the treatment of parents with their daughters, while the second section sees that the series represents a blatant departure from the customs and traditions of the conservative Jordanian society. From confronting him and preventing him from showing, thus re-establishing the state of controversy and anger that the show "Jinn" aroused, before its show was stopped.

Al-Rawabi School for Girls, which was written by Tima, Islam Shomali and Shireen Kamal, and directed by Tima Shomali, managed to achieve high viewing rates on “Netflix”, and topped the “trend” in a number of Arab countries after its launch a few hours.

Most of the voices praising the work came from girls and young women who found in it a depiction of the reality of what is happening in many schools of problems among students, such as bullying, and the psychological crises it causes due to the nature of the stage, in which the adolescent is more susceptible to being affected by society and those around him.

Some considered that the series was trying to direct the family's attention to the need for an open dialogue with the children, as writer Samia Ayesh wrote, through her account on Twitter: "The most important thing he teaches us is... how to talk with our sons and daughters."

On the other hand, the series found a violent attack from its opponents, demanding the responsible authorities to stop its show, stressing that it does not represent Jordanian society or Jordanian schools, and that it seeks to destroy the values ​​and morals of society, and perpetuate extraneous behaviors on it.

And an account bearing the name of Ibrahim Hamdan tweeted: “This work does not represent the general Jordanian culture, and depicts a special case in international schools, and most of the segments are not affiliated with it, and the idea does not present anything new and does not bear any concern or an intractable issue, yet it may find space outside Jordan, but Here, of course, it is not, and it will be limited to a limited group whose culture is compatible with the content.”

Another wrote: "Is the girl required to go to school after undergoing a (silicone) implant, so as not to be bullied? What are these ideas that the series is trying to implant in the minds of teenage girls as young as 14 years old?"

The head of the Jordanian Artists Syndicate, Hussein Al-Khatib, announced his rejection of the content of the “Al-Rawabi School for Girls” for ethical and professional considerations, according to what was mentioned in statements carried by Jordanian press sites, noting that the Artists Syndicate had stated and rejected during the presentation of the series “Jinn” and others from an attempt to produce a movie “Al-Ghandour” in 2018 and 2019 and we have an archive of that.

For her part, the director and producer of the series, Tima Shomali, expressed her pride in presenting it, the way it came out and the results it achieved.

And she said in a post on her account on "Instagram": "Directoring (Al Rawabi series) was one of the most experiences that taught me, and I am grateful for all the love and support... But this work was seen by a large, complete cadre and actually an army... Very proud of the (Al Rawabi School) team. for girls) made up of a very luxurious Jordanian team.”

She added: "Our work was a work that came from Jordan to the world, with international standards.. I am very proud and grateful to the team of women and men who contributed to making this series and worked from their hearts.. Praise be to God, the series, which began with a white paper, is now being shown on an international platform, and it is being communicated to people around the world." The world .. I would not tell about the strong team, I will not do justice.. I am grateful and proud of everyone who participated and added to the work .. I love you, the Rawabi family.”

• 6 episodes that make up the series, which is shown on the global "Netflix" platform.

• “I am grateful and proud of everyone who participated and added to the work.. I love you, the Rawabi family.”

• “The work does not represent the general Jordanian culture, and it depicts a special case in international schools.”

Its events revolve in six episodes, about a girl who is subjected to bullying at school, and seeks revenge and confronts the matter in her own way. Honor killings in Arab societies, in addition to the stigma of psychological treatment.

The series is translated into 32 languages ​​in more than 190 countries around the world.