Israel finds the remains of a Jordanian soldier who participated in the 1967 war.. Next to him is his watch, knife, ring and helmet.. Photos 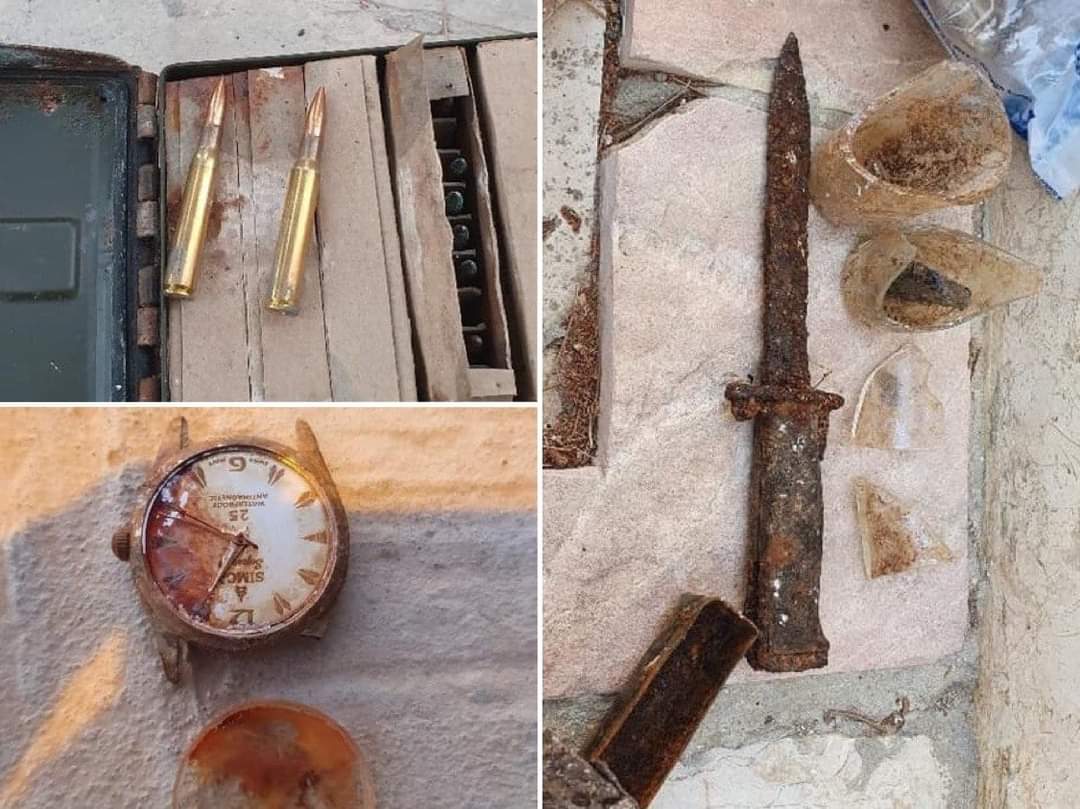 Israel finds the remains of a Jordanian soldier who participated in the 1967 war.. Next to him is his watch, knife, ring and helmet.. Photos

Jordanian news websites reported that Israeli excavation crews had found the remains of a Jordanian soldier in occupied East Jerusalem.

The Israeli channel “12” said that the remains of the Jordanian soldier were found during excavations in preparation for the expansion of the light rail in Jerusalem.

The soldier's remains were found near the Sheikh Jarrah neighborhood of East Jerusalem, in an area where the Battle of Ammunition Hill took place between the Jordanian and Israeli armies in 1967.

"A knife, a ring, a watch and a helmet were found next to the body," the Israeli station said.

"The assessment is that this is the body of a Jordanian soldier, who fought in the Six Day (War)", that is, the 1967 war.

"Once a level of absolute certainty is reached that the body belongs to a Jordanian soldier, the Jordanian side will be informed," she added.

The light rail links West Jerusalem with settlements established on East Jerusalem lands, and passes through Palestinian neighborhoods in the city.

For his part, an official military source in the General Command of the Jordanian Armed Forces said that the armed forces, in coordination with the Ministry of Foreign Affairs and Expatriates Affairs, "are following up on the news of finding the remains believed to belong to a Jordanian soldier who was martyred at the site of Tal Al-Amkhira near the Sheikh Jarrah neighborhood in Jerusalem during the battles that the army fought." The Arab in the June War of 1967.

The source confirmed that "coordination has been made with the concerned authorities to conduct the necessary tests to find out the identity of the martyr, who with his remains found a knife, ring, helmet and gas mask belonging to the Jordanian army."

Later, the pioneers of the communication sites circulated a picture that was said to be of the soldier whose remains were found, and his name is Muhammad Karim Al-Tarawneh, without attributing the information to an official source.