Chinanews, August 13th, comprehensive news, from August 8th, a new round of heavy rainfall has appeared in Hubei, and most of the province has fallen to heavy rains, and parts of northwestern Hubei, southwestern Hubei, and northeastern Hubei have experienced extremely heavy rains. From August 11 to 12, the disaster process caused 286,100 people in Xiangyang, Suizhou, and Xiaogan to be affected, 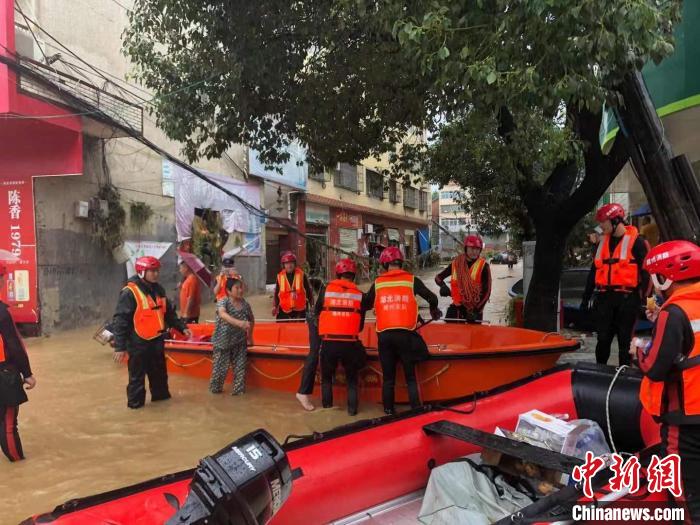 Among them, Liulin Township, Suixian County, was seriously affected. More than 8,000 people have been affected, 21 people died and 4 people lost contact.

The township of Liulin Town is surrounded by mountains on three sides, with an average water depth of 3.5 meters and a deepest point of 5 meters.

At about 2:40 a.m. on August 12, the rainfall in Liulin Town began to increase. More than 30 local organization cadres used loudspeakers and knocked on the door to remind and organize the transfer of the masses. At about 3:20 a.m., a police car was dispatched again. The street whistled and shouted and organized the town and village (community) cadres to urgently transfer the masses.

According to preliminary investigations, this round of heavy rainfall caused more than 8,000 people in Liulin Town to be affected, 21 people were killed and 4 people lost contact; more than 2,700 houses and shops were flooded and damaged, of which 221 collapsed; 11.3 kilometers of roads and 63 bridges were destroyed. , 725 power communication poles, the township's power and communication are interrupted, the disaster loss is still being further verified and statistics, and rescue and rescue work is progressing.

The picture shows the disaster site.

According to the Hubei Provincial Emergency Management Department, in view of the continuous heavy rainfall in recent days, the flood control situation in the province has become increasingly severe. The Provincial Flood Control and Drought Relief Headquarters launched a flood control level III emergency response at 16:00 on the 12th.

According to the requirements of Hubei Province, all localities and units must further implement the responsibility system for flood prevention and drought relief with the chief executive responsibility system as the core in accordance with the requirements of level III emergency response. Strengthen on-duty, monitoring and early warning, information reporting, encryption, consultation, research and judgment, and strengthen risks Regional inspections, emergency rescue and emergency transfer of people threatened by floods, etc., will make every effort to deal with heavy rainfall to ensure the safety of people's lives and property.

The Hubei Provincial Disaster Reduction Committee and the Provincial Emergency Management Department dispatched 4 working groups to the hardest-hit areas to observe the disaster on the spot, guide and assist local governments in disaster verification and assessment, transfer and resettlement of the affected people, and basic living assistance.

The picture shows the armed police officers and soldiers transferring the trapped persons.

How did extreme heavy rainfall weather come into being?

When will it rain?

Chen Xuan, chief forecaster of the Wuhan Central Meteorological Observatory, explained that it was mainly affected by the dynamics of the high-altitude short-wave trough, combined with the low-level vortex and the easterly jet stream in the boundary layer. .

When will it rain?

Chen Xuan introduced that this round of precipitation will last until the night of the 13th. The main precipitation areas are in southwest Hubei, northeast Hubei and southeast Hubei. It is expected that there will be heavy to heavy rains in Wuhan, Enshi, Huanggang, Huangshi, Xianning, Ezhou and other places. Heavy rain.

The Meteorological Department recommends that all regions should strengthen the prevention of small and medium-sized river floods, mountain torrents, geological disasters, and urban and rural waterlogging caused by continuous precipitation; pay attention to monitoring and safety management of water and rain in small and medium lakes, reservoirs, weirs and ponds; and pay attention to prevention and control of epidemics by rain and thunder and lightning. The adverse impact.