Jennifer Hudson presents Aretha Franklin's life in a movie... at her request

Aretha Franklin herself, a few years before her death in 2018, asked Jennifer Hudson to play her role in the film "Respect", which tells her biography, as the most qualified, both personally and artistically, to restore her tumultuous life. 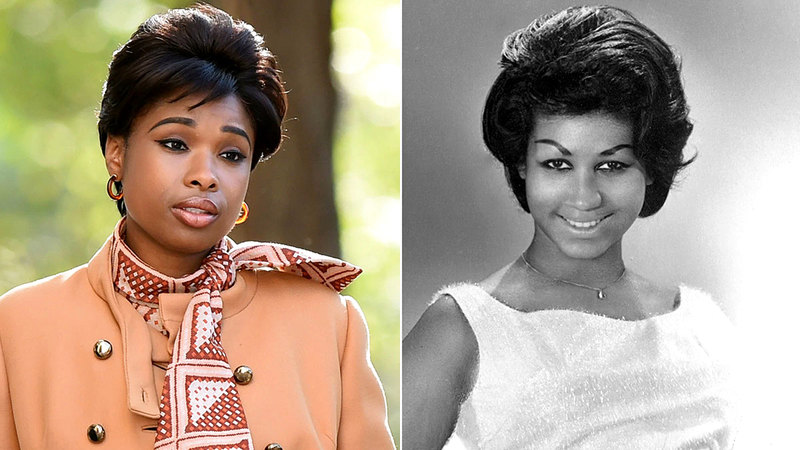 The “Queen of Soul” and the “Dreamgirls” actress suffered personal ordeals

Jennifer Hudson presents Aretha Franklin's life in a movie... at her request

Aretha Franklin herself, a few years before her death in 2018, asked Jennifer Hudson to play her role in the film "Respect", which tells of her life, as the most qualified, both personally and artistically, to restore her tumultuous life.

And vocal skills weren't the only common denominator between the late "Queen of Soul" and the "Dreamgirls" actress, who both suffered personal ordeals.

The film tells how Aretha Franklin was deprived of childhood happiness after her mother died at the age of nine, became pregnant at the age of 12, and then struggled to escape a tyrannical father, so she fell into the arms of a violent husband and became addicted to alcohol.

As for Jennifer Hudson, whose name shined on the singing competition program "American Idol", and the winner of the "Oscar" for Best Actress in a Supporting Role, at the age of 25, she, in turn, measured the bitterness of life.

A year after winning the most prestigious film awards, her sister's ex-husband killed her mother, brother and nephew.

"I had to experience some things in life, so that I could embody her character, that's what I feel at least for the time being," the actress said during the screening of the film, which is coming out today to the American press in Los Angeles.

She had not yet gone through this ordeal when she met her icon, Aretha Franklin, to discuss this project some 15 years ago.

It took eight years before Franklin, who had other female candidates, most notably Halle Berry, contacted Hudson to herald her for the role.

She told the latter, "Playing the role of the Queen of Soul is not the easy thing we are used to, and I still haven't fully digested it."

And it seems that the choice was right, as many expect the 39-year-old actress to win awards for this brilliant performance, even if the film did not receive excessive acclaim from critics.

Contrary to what is usually the case in biopics, Jennifer Hudson sang and recorded live on set famous songs, such as "I Never Loved A Man (The Way I Love You)", "(You Make Me Feel Like) A Naughty Woman" and of course "Respect".

The artist also learned the basics of playing the piano in order to play this role, in which she wore 83 different outfits and adopted 11 different styles of wig.

The film chronicles 20 years of the singer's life, from her childhood to her first nine albums, none of which were really successful.

Fixed her gospel-infused music style, Franklin was dumped by production group Columbia Records in a small recording studio deep in Alabama, drawing inspiration from her troubled past.

Screenwriter Tracy Scott Wilson said, "I think her fame is based on her ability to convey her suffering to millions of listeners.

"Respect" also deals with Aretha Franklin's struggle for social issues and her involvement in the movement for civil rights for black Americans.

Her father was an influential priest among his friends, Martin Luther King.

Hudson praised this commitment, saying, "To be in her situation at that time, to be a black woman and so close to Dr. King, and then to try to lift the spirits of others...Imagine all the feelings of pain she was going through in moments like this."

• It took eight years before Franklin, who had other female candidates, most notably Halle Berry, called Hudson to tell her she had landed the role.

• In order to perform this role, Hudson wore 83 different outfits and adopted 11 different styles of wig.