A blood donation marathon by a veteran: 182 times donated 10 times the blood volume of the whole body

China News Service, Hangzhou, August 11th, title: A blood donation marathon by a veteran: 182 times donated 10 times the blood volume of the whole body   Author Guo Qiyu Xu Shuying   The inconspicuous black needle eye in the vein inside the elbow brings together 12 years of persistence and emotion here. The traces of the 182 needles are the medal of Yang Renjie, a member of the Ordering Squadr 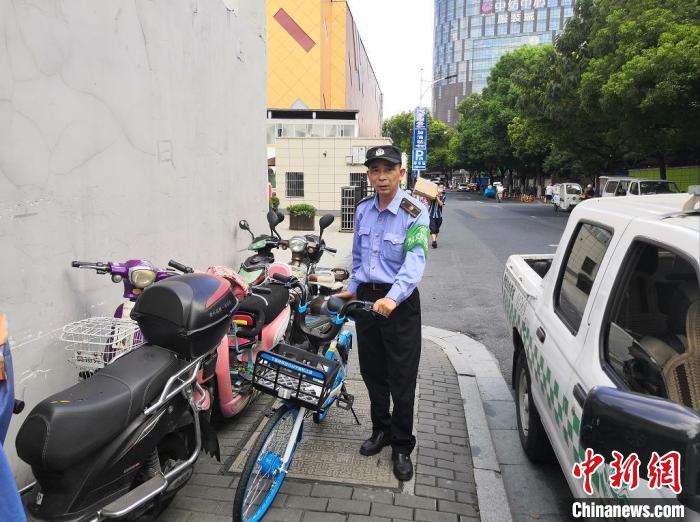 The inconspicuous black needle eye in the vein inside the elbow brings together 12 years of persistence and emotion here.

The traces of the 182 needles are the medal of Yang Renjie, a member of the Ordering Squadron of the Dutch Squadron of the Comprehensive Administrative Law Enforcement Bureau of Shangcheng District, Hangzhou, and a special medal of a veteran.

A few days ago, Yang Renjie, who is about to 60 years old, completed the last blood donation in his life.

By the end of August, he will exceed the national legal age for blood donation.

"That was an ordinary and extraordinary day." Yang Renjie said.

For the last time he donated blood, he put on the short sleeves given by the blood donation center in the century when the party was founded, with the words "Donate blood, let the world continue to beat" printed on it.

The medical staff at the blood donation center kindly referred to Yang Renjie as "Lao Yang". For both sides, they had already become old friends who had known each other for many years.

After the last blood donation was completed, the medical staff presented Yang Renjie with flowers and commemorative badges, hoping that he "will come to the blood donation center to chat with everyone in the future."

Yang Renjie is at work.

"I don't have grand ideals in my heart. Since I have persisted for so many years, I will complete the last blood donation and draw a successful conclusion." Yang Renjie said.

Since he first started donating blood 12 years ago, Yang Renjie has set foot in the blood center 182 times. The total blood donation volume exceeds 70,000 ml, which is equivalent to the body blood volume of more than 10 adults.

In this "blood donation marathon", Yang Renjie has crossed the finish line, and when he looks back at the starting line, he has a panoramic view of the scenery along the way.

"Actually, I have been afraid of injections since I was a child." Mentioned the experience of donating blood for the first time, Yang Renjie did not shy away from expressing his inner fear.

In 2007, Yang Renjie's son was admitted to the university, and he was about to usher in the 18-year-old coming-of-age ceremony.

"I told him that tomorrow he will be an adult with full civil capacity. A man must take responsibility for himself, his family, and society." Yang Renjie and his son immediately agreed to donate blood together, both for memorial and breakthrough. Own.

Regrettably, Yang Renjie failed the routine blood test that day, and the blood donation was put on hold.

"But I really want to donate blood in my heart, and I also want to do something for the society with my own modest effort, but I am afraid that the psychological barrier of getting the needle will not pass." Yang Renjie was a little unwilling.

Until September 23, 2009, this was the day when Yang Renjie really donated blood for the first time, and it was also the 25th anniversary of his joining the party.

In 1984, Yang Renjie joined the Chinese Communist Party in the army, and this day was of great significance to him.

Yang Renjie was enlisted in the army at the age of 19 and worked as a car soldier in Jiangsu and Anhui for four years.

As a veteran, the idea of ​​dedication to the country and home has long been ingrained. He said frankly, "If I didn't take the step of donating blood, I would always remember it."

A seed of blood donation was planted here, and it took root and sprouted for 12 years and grew into a towering tree.

At most, Yang Renjie donated blood 24 times a year, maintaining the frequency of twice a month.

In this August, he will also usher in a new phase in his life-retirement.

"Master Yang, as a veteran party member, has been walking in the front to lead us. The younger generations have felt his power. He is a figure like a'spiritual leader'." Jiang Min, deputy squadron of the Netherlands Squadron of the Comprehensive Administrative Law Enforcement Bureau of Shangcheng District, Hangzhou So comment on Yang Renjie.

Since joining the Caihe squadron in 2007, Yang Renjie has been conscientious in his position for 14 years.

The work of city management is complicated and trivial. He took the lead in participating in the environmental improvement work of "Beautiful Hangzhou".

But the 60-year-old Yang Renjie didn't seem to be convinced by the old. He said, "If the position still needs me, I can work for a few more years." (End)