Writing Paths - Journey into the world of popular storytellers from the Maghreb, with Franco-Algerian Nora Aceval

Nora Aceval, native of the Algerian highlands, is a passionate storyteller of oral literature. Established in France since the 1970s, she works on the collection and translation of ... 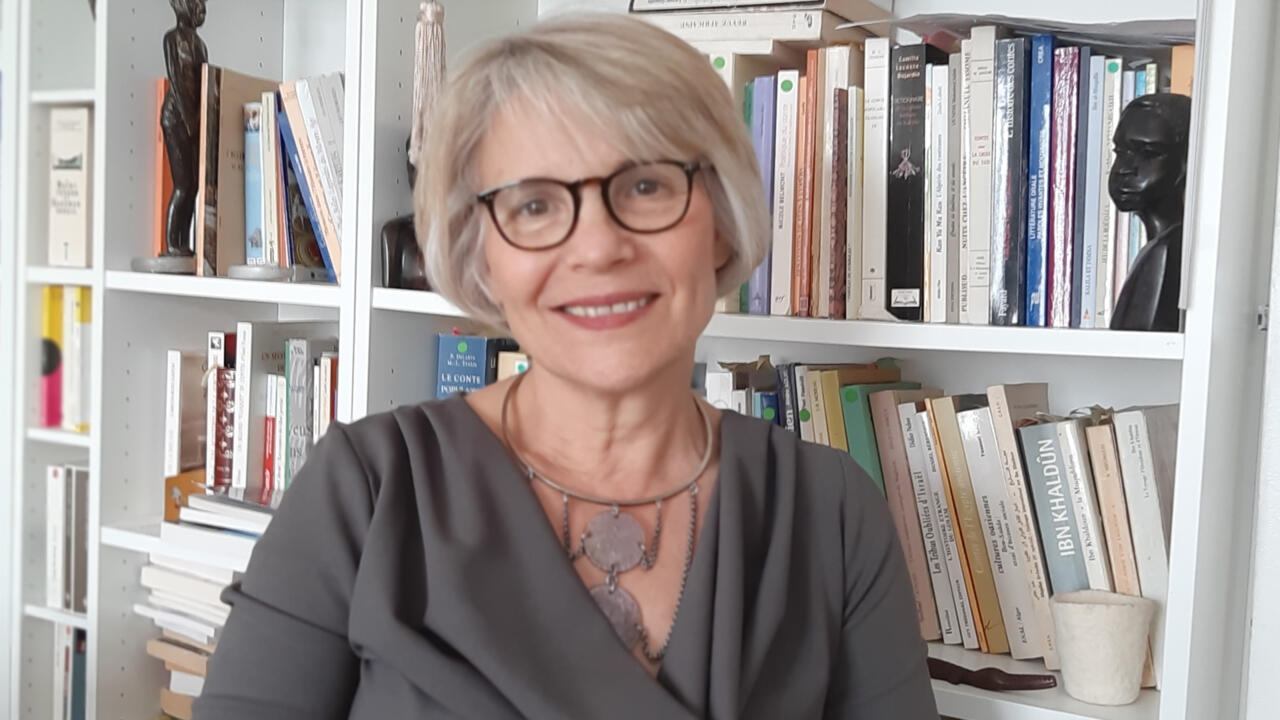 Journey into the world of popular storytellers from the Maghreb, with Franco-Algerian Nora Aceval

Nora Aceval, native of the Algerian highlands, is a passionate storyteller of oral literature.

Established in France since the 1970s, she works to collect and translate tales from her native region and invests in their transmission to a general public.

She is also the author of several collections of popular tales and various albums for children.

She has just published a new collection entitled

“A vagabond robber died. Once in heaven, the angel invited him to heaven. The man wondered: "But there is a mistake. My life was founded only on plunder, lies and hoax. "

“But God grant you paradise because one day you saved a dog. By saving this dog, you saved your soul, ”

Nora Aceval is a storyteller in Arabic and French.

Unparalleled fortune teller, she knows how, during the evenings of tales, to keep her audience in suspense, seduced by the intelligence of her words and her charisma.

She thrills young and old alike by suspending her audience to the fate of her characters.

They are princes weavers, sultans, little dew headphones and other loving imams, all from the rural imagination of the highlands where the storyteller is from.

Astonishing journey, that of this great lady of Arabic oral literature, born of a Blackfoot father and an Algerian mother. Storyteller from mother to daughter, this Franco-Algerian prides herself on having a rich corpus of several hundred tales, drawn for the most part from her mother's immense repertoire. She was a traditional storyteller in the nomadic tribe of Ouleds Sidi-Khaled in Tousnina, in southwest Algeria. Located at the gates of the desert, this region is rich in imaginations, peddled by transhumant nomads who come to put their packages there for a summer season.

Nora Aceval is the heiress of the oral tradition of Arab tales, but also of Western tales learned from her paternal family of Spanish origin. She grew up in the 1950s, on the family farm, to the rhythm of nighttime storytelling vigils. “Like Obelix, I fell into it from my birth,” recalls the storyteller.

, “had a fabulous storytelling memory and every night - we didn't have television back then.

- it was the Algerian war.

So my mom would turn off the lights and she would tell us a story every night and we would always fall asleep with a lot of hope.

And sometimes we just had family gatherings.

There are key tales that I have kept in mind that come to me from these evenings.

Is it surprising that, daughter, granddaughter, niece of storytellers, Nora Aceval has become a storyteller in her turn? The interested party likes to tell about the back roads she took to reconnect with the art and tradition of her ancestors, from whom she had moved away for a time by coming to settle in France in the 1970s. The turning point will have been when, at age 39, she gave up her nursing profession and enrolled at the University of Villetaneuse, in the Paris suburbs, to specialize in the study of storytelling.

"You are a storyteller, Nora,"

her master's professor told her, one day listening to her tell in class tales and legends from her native Algeria. Thirty years have passed since then, but the former student still thanks this insightful teacher who helped her realize fully the precious talent inherited from her mother. Above all, she is heir to her fabulous memory and remember in great detail the stories she told her children during family vigils.

Today, she divides her time between collecting trips to her native land and storytelling evenings in book fairs and in theaters.

More and more event organizers are asking her to come and share with their audiences her magical stories of princesses, ogres, jinn and other witches.

Become for her admirers "the Woman with the 1 001 tales", the storyteller sometimes surprises her audience by presenting them libertine stories, with as protagonists women who claim loud and clear their right to the pleasure of life and the flesh. Far from the stereotypical image that we have of oriental societies, popular Maghrebian literature abounds in deliciously licentious and funny situations and characters, affirming the absolute irreducibility of enjoyment and freedom, explains Nora Aceval:

" We have always imagined that in a Muslim society, this kind of story does not circulate, but it is false. These kinds of stories circulate and it is often the women who tell them to each other. It's not obscene at all, just saucy.

In summary, women say to men:

“Just because I'm locked up or locked up doesn't mean I can't cheat on you.

So you have to give me my freedom.

A passionate storyteller of the oral literature of her native land, Nora Aceval is also the author of several storybooks.

is a veritable sum of universal wisdoms which have only their origins in the Orient.

These stories have found in Nora Aceval, steeped in her dual Arab and French culture, an ambassador worthy of their intelligence and sensitivity.