"We have to work in unsafe conditions": why American filmmakers advocate compulsory vaccination

Sundance Film Festival officials have announced that in order to participate in-person in the event in 2022, all workers, attendees and guests of the event must be vaccinated against the coronavirus. Previously, Hollywood film companies allowed producers to introduce mandatory vaccinations on filming in "Zone A", where artists work without masks. And actors like Sean Penn and Sharon Stone refused to work with unvaccinated colleagues and crew members. 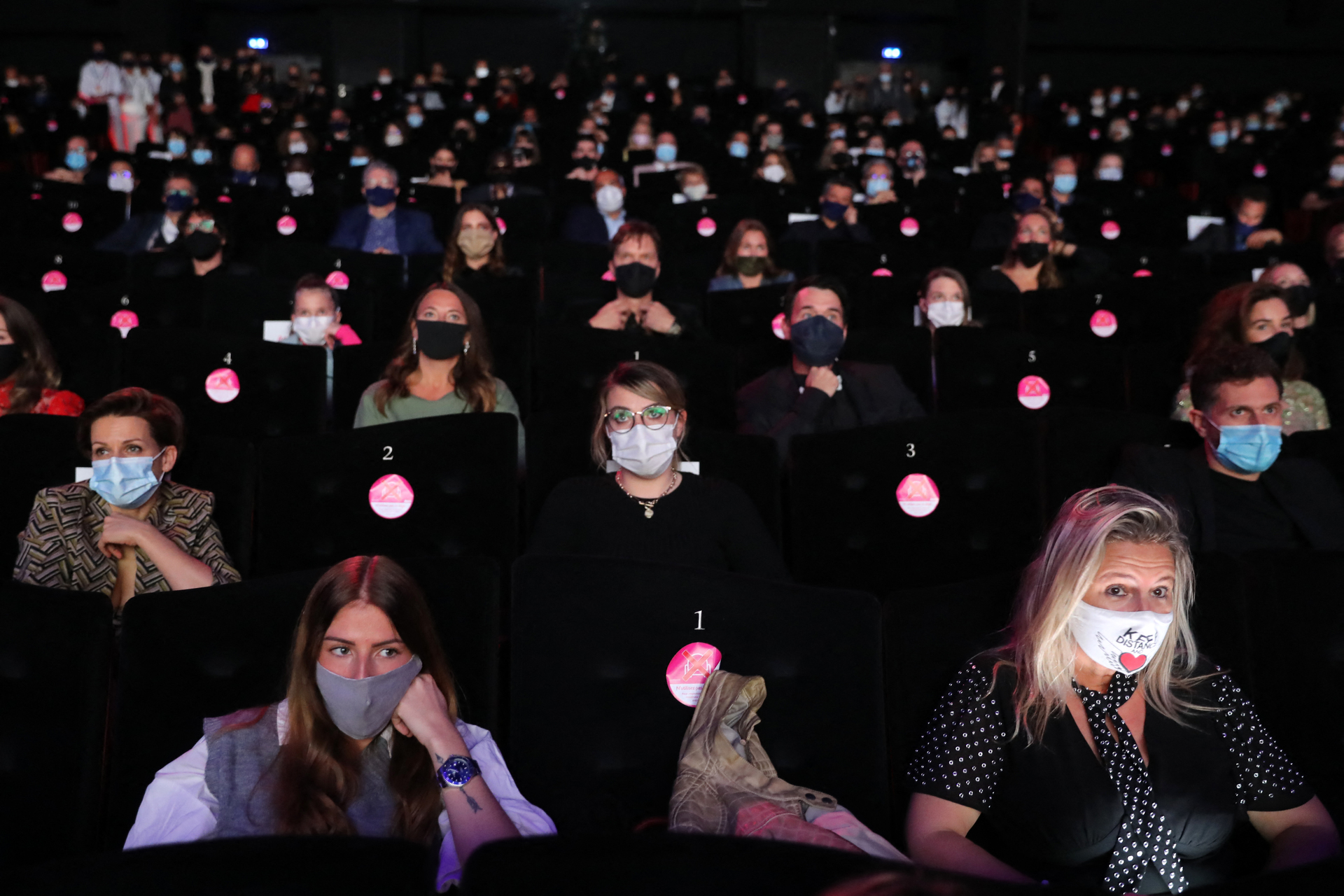 Sundance Independent Film Festival Director Tabitha Jackson, in an open letter to the industry, spoke about the specifics of the event in 2022.

The show returns to face-to-face format, but it also includes remote screenings.

Those who decide to personally visit the festival sites will need to confirm the fact of their vaccination.

This requirement applies equally to filmmakers, volunteers, staff and spectators.

Jackson said that in the future, the organizers of the festival will also provide more detailed information on security measures, including wearing masks, limiting the capacity of cinemas and other efforts to reduce the spread of coronavirus infection.

“The soul of the Sundance Film Festival has always been community cohesion: around new names, new works, new shapes and perspectives.

During last year's festival, even when we were denied the opportunity to gather in one place, the power of convergence in an instant was undeniable.

We managed to expand the circle of participants.

As we prepare for the 2022 festival, we remain committed to inviting new viewers, ”quotes Jackson's letter to Variety.

Restrictive measures are also introduced at other full-time festivals.

So, at the show in Cannes, which took place in July, the mask mode was in effect.

Residents of most EU countries were required to have a vaccination certificate; guests from other countries had to take a coronavirus test every 48 hours.

The organizers of the Venice Festival, which is scheduled for early September, are considering the possibility of freely receiving guests with vaccination certificates issued not only in the European Union, but also in other countries.

However, this depends on the decisions of the Italian government.

Representatives of the film industry are raising the issue of vaccination not only in connection with the organization of festivals, but also in the context of the daily work of artists and film crews.

Last week, Netflix announced that all actors, as well as those who come in contact with them on set (workers in the so-called "zone A", where artists work without masks) must be vaccinated.

According to Deadline, the company plans to make exceptions only in rare cases - for medical or age reasons, as well as in situations where an employee cannot go through the appropriate procedure due to religious beliefs.

Netflix operates according to protocols developed by major Hollywood film studios and corporations.

They imply that on specific projects, producers can introduce compulsory vaccinations for employees of "zone A".

Some artists have argued for stricter safety requirements on set.

Deadline announced in late July that Sean Penn would not return to work on the Gaslit miniseries until all of his colleagues were vaccinated.

The artist also offered to help organize vaccinations through his charity CORE.

Prior to that, at the studio NBCUniversal, which is responsible for the production of the picture, workers in "zone A" were required to be vaccinated.

Penn considered this step insufficient, as the virus could be spread by other members of the film crew.

Sharon Stone made similar claims against the Producers Guild of America.

According to the actress, the organization does not provide complete security on the set of the project on which she would like to work.

“The Producers Guild of the USA does not guarantee that everyone on our project will be vaccinated before I start work.

Will I come to the shoot until everyone on the project is vaccinated?

No, I will not come.

Am I being threatened with losing my job?

Yes, they threaten ... It's just ridiculous that we have to work in unsafe conditions, ”she said.

Sharon Stone raised the issue of vaccination as part of the election campaign, which is being conducted within the Screen Actors Guild and the American Federation of Radio and Television Actors (SAG-AFTRA).

The actress is on the side of the leader of the opposition MembershipFirst faction Matthew Modine, who is running for president of the organization.

Stone encouraged other artists to follow her example, to fight for their rights and health.

“I will not start work until all personnel on all sets have been vaccinated.

And you should do the same.

Because I am running for the sake of all of us.

After all, we are you.

I am very sorry that we now have such working conditions, but this is how things are now in the Screen Actors Guild, ”the artist emphasized.

Actress Jennifer Aniston in an interview with InStyle admitted that the issue of vaccinations affected her personal relationships with some acquaintances.

According to the star of the series Friends, everyone has the right to their own point of view, but for many it is formed by fear or propaganda.

“There are still a lot of anti-vaccine people or those who simply do not believe the facts.

Much to my regret, I lost a few people on my weekly routine who either refused to be vaccinated or did not disclose whether they were vaccinated or not.

It seems to me that it is a moral and professional duty to report this, since we are not being piled up and tested every single day, ”Aniston emphasized.