Eurocup and Delta variant: the terrible cocktail that has skyrocketed the incidence among young Italian men

It can be reasonably assumed that the Soccer Eurocup had a major effect on the progress of the Covid pandemic, especially as regards the two finalists: ... 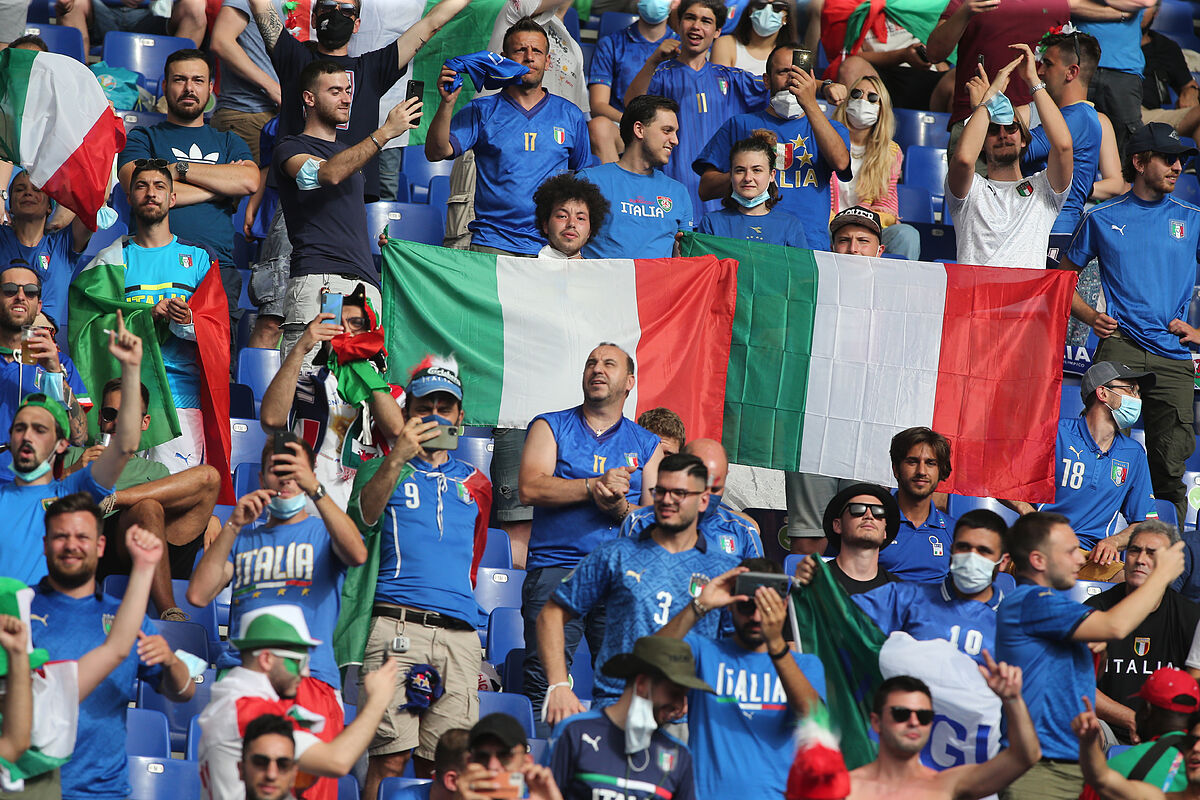 It can be reasonably assumed that the

had a major effect on the progress of the Covid pandemic, especially as regards the two finalists:

), the numbers describe the consequences of the meetings and celebrations.

We read in the latest report from the Higher Institute of Health (ISS): "Since the end of June, the incidence in men between 10 and 39 years of age has been higher than that observed in women. Probably this trend may be due to transitory behavioral changes (for example , parties and celebrations for the European Championship) ".

Average age of those infected: 26 years.

The increasing spread of the

exceeds 90%, has contributed to the increase in infections.

But for the ISS, "transitory behavioral changes (for example, parties and meetings) may have influenced the increase in cases, the extent of which cannot be explained solely by the greater transmissibility of the

At the same time, the average age of those infected is reduced (26 years), also thanks to the wide vaccination coverage in the older age groups.

The ISS estimates a strong effect of reducing the risk of infection in fully vaccinated versus unvaccinated people: 88% in diagnosis, 95% in hospitalizations, 97% in ICU admissions and 96% in deaths.

"Greater vaccination coverage and the completion of vaccination cycles represent the main tools to avoid a greater recurrence of episodes of greater circulation of the virus supported by emerging variants with greater transmissibility", concludes the ISS.

around 60% of the population aged 12 years and over have completed the vaccination cycle.

UK, school and the "European effect"

, where infections have been declining for several days after the peak in mid-July, bodes well: according to the latest estimate from the

thanks to the vaccine or a previous infection.

"Part of the drop in cases may be due to a decrease in testing but, according to experts, this cannot be the main reason for such a rapid decline," writes the

"The end of the school year, which in the UK takes place in mid-July, is probably another factor, as is the end of the Eurocup."

"We have evidence that every match in which

played resulted in an increase in infections," notes the newspaper, "developed not only among people who watched the matches in the stadium but especially in gatherings in homes and bars to watch. football on television. "

CoronavirusChildren killed by Covid in Indonesia, what is happening?

CoronavirusThe suicide of Giuseppe De Donno, the hyperimmune plasma doctor against Covid: "Abandoning the investigation was a severe blow to him"

Coronavirus What vaccines slow down the Delta variant the most and what are the most serious symptoms?