Writers don't have men to read them

Dear Reader: Have you given the acclaimed Oryx and Crake, the latest doomsday dystopia written by Margaret Atwood a chance? To the thriller by María Oruña ... 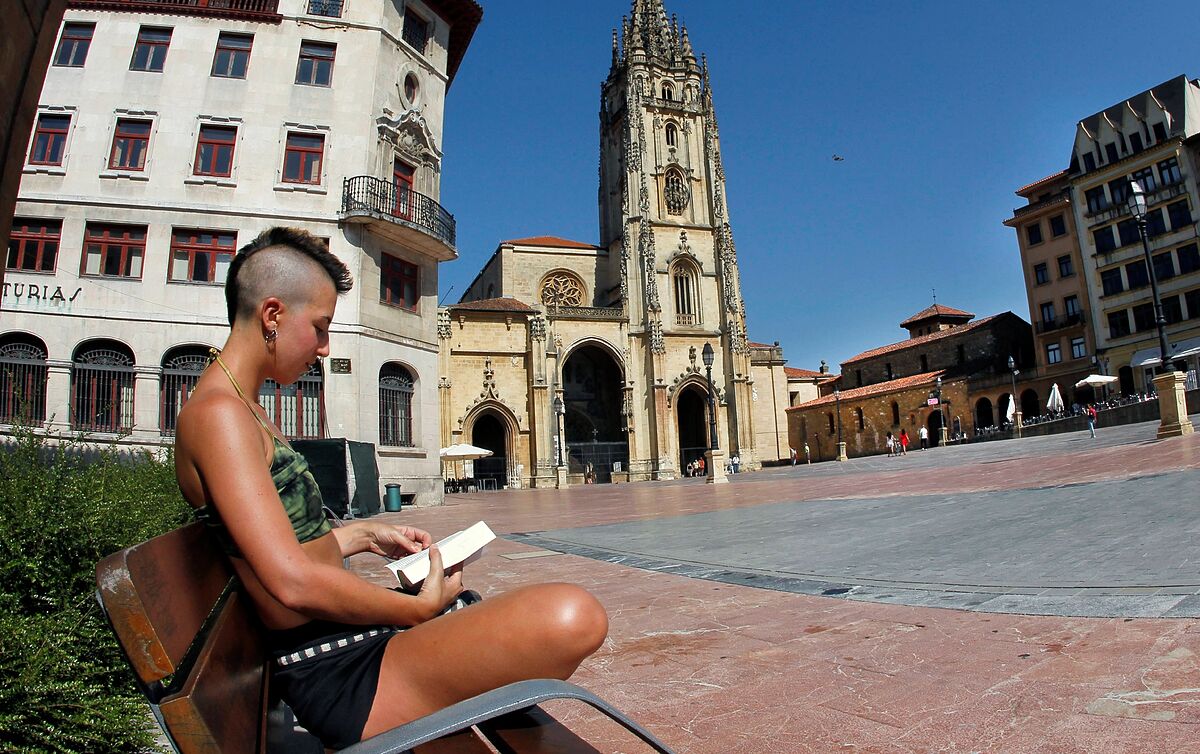 Dear Reader: Have you given the acclaimed

the latest doomsday dystopia written by

by María Oruña that is sweeping sales this summer,

What the tide hides

? Or perhaps the best-selling book in Spain for countless weeks is being read,

de María Dueñas? In short: have you read a book written by a woman lately? Make memory. If the answer is yes: Congratulations, you are an exception!

professor at King's College London, editor and columnist at The Times for two decades and host of various programs on BBC Radio. But to be absolutely sure, she commissioned a study from Nielsen Books on reading preferences by sex. The result corroborated his worst expectations: among the ten best-selling

writers in the UK (that is, from a list of Jane Austen, Danielle Steel or Atwood),

While among the ten best-selling writers in England (and Charles Dickens, Stephen King and JRR Tolkien coexist here), 55% of readers are men and 45% women. In other words, women are much more inclined to read books written by men than the other way around; men seem to care rather little what the other half of humanity can explain to them.

Of the ten most widely read authors in the UK, the one with the least bias by far is LJ Ross,

who initials her thrillers, which presumably some of her readers have not yet found out that she is a woman.

Nielsen's study is part of

(Knopf) essay, where Sieghart explains why women are still taken much less seriously than men and that

their work is less valued, less promoted and less get paid less,

although their performance is the same or superior to that of their male colleagues. Through anecdotes and interviews with numerous leaders (from the mayor of Washington DC to the Prime Minister of Croatia, the Secretary of the Treasury of the United States Janet Yellen or the director of the European Central Bank Christine Lagarde), Sieghart details how we continue to associate the concept of authority to the masculine. The book begins with an anecdote starring Mary McAleese, President of Ireland between 1997 and 2011, who on her first official visit to the Vatican had to endure

a joke in terrible taste from John Paul II himself.

Back to the books: Nielsen's study indicates that women are 65% more likely to read a non-fiction book written by the opposite sex than men. Yes, as we said, Margaret Atwood has 19% male readers,

. And it's not that men don't like what women write: if you look at the readers' ratings of books written by women on Goodreads, the score is higher (3.9 out of 5) than the one given to you. They give books written by other men a 3.8 on average.

The history of literature is full of writers who concealed their identity or disguised their name with initials or pseudonyms to avoid such prejudices, such as the two George, Eliot and Sand, or Isak Dinesen.

was widely celebrated when it first appeared in 1847. Critics praised its 'Yorkshire farmer's' language and fell in love with the novel's waste of 'malice and blasphemy', until three years later, when it became known Since Emily Brontë was its author, her style was compared to "a little bird flapping its wings against the bars of its cage." Even JK Rowling has confessed on more than one occasion that her first editor suggested she initials so as not to dissuade younger boys from reading it.

The creator of Harry Potter

She was so desperate at the time (she was a struggling single mother) that she would have called herself "Rupert if asked," she explained years ago.

The latest Barometer of

Reading and Buying Habits of Books

indicates that women read more than men in all age groups, with a special difference in puberty and in the sections that go from 45 to 54 years and 55 at 64. In this last group, 76.5% of women read regularly compared to 54.5% of men.

Bookstores are still the place where more than 70% of books are bought,

so what do you think there about what Sieghart tells in his essay?

Is there such a bias between male and female readers?

Neus Botellé works in the narrative section at La Central on Calle Mallorca in Barcelona and believes that women are more "eclectic" reading. “As long as it's well written, we don't care who the author is. We are more used to reading men, we do not have prejudices. Botellé has seen how "traditions" have changed in recent years and "more and more men are encouraged to read to women", who ask about Lorrie Moore, Muriel Spark or Sara Mesa, "an author who has sold very balanced even though she is very feminine since in her books there is always a woman in conflict ».

The same happens with, for example, Javier Marías or Emmanuel Carrère, with a large legion of faithful readers.

The three best-selling books this week at La Central are written by women: The Last Pianos of Siberia by Sophy Roberts, The State of Illness by Nina Lykke and The Summer Book by Tove Jansson.

Lola Larumbe from the Alberti Bookstore believes that the bias that Sieghart criticizes defines the Anglo-Saxon market more than the Spanish one. «Even if we talk about

like Almudena Grandes, Elvira Lindo or Julia Navarro, I don't have the feeling that they are female writers. What happens many times, and that is something you see at the Book Fair, is that it is the women who buy the books and take them home, but then those books roll ». Larumbe believes that more than the gender of the authorship, which often marks the preferences "the subject." A good example is

by the Irish Maggie O'Farrell,

a writer so far more circumscribed to "the intimate" than with her last work,

Inspired by the family life of William Shakespeare, it has won many male readers.

"In general, men are more inclined to the narrative essay," he reflects.

"Female readers tend to be more plastic and permeable to fiction," he concludes.

The Final InterviewMaría Oruña: "Death and pain are issues that we still avoid"

TheaterThe most violent Shakespeare: the revenge of Juliet, Desdemona and the others