See David Bowie in historical confrontation: "Why do you show so few black artists?"

In a 1983 interview, David Bowie slammed MTV against the wall by criticizing the fact that they played so few black artists. The clip has come to life again on social media and in a new documentary, the host looks back on the event: - I do not regret much. Just that. It was terrible, he says in the MTV channel that changed a generation.&nbsp; 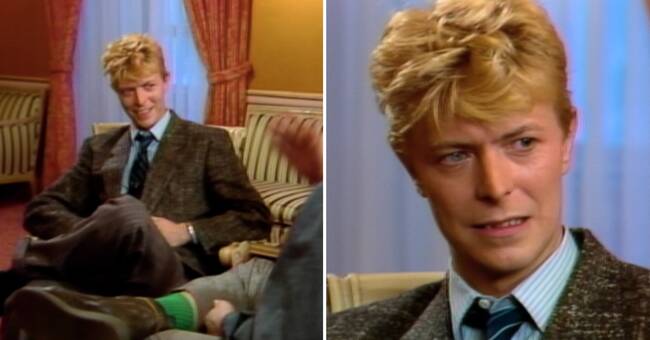 The channel was all about playing music videos and was initially criticized for showing so few black artists.

They themselves explained the selection by saying that they did not play all kinds of music - only rock.

An explanation that the critics did not buy:

- Do not call it music TV then.

Call it television white or something, said artist Rick James in an interview.

"My words came out wrong"

In 1983, David Bowie was interviewed on MTV and then took up the critique with host Mark Goodman.

The host is deeply self-critical when he thinks of the conversation today.

- I tried to explain that the song list was based on an accepted view of what rock radio was.

My words came out wrong and did not sound at all as I meant, he says in the new documentary "MTV - the channel that changed a generation".

The David Bowie interview, which took an unexpected turn, has been republished by MTV itself and is still talked about today.

In connection with the fifth anniversary of Bowie's death earlier this year, world artists such as Missy Elliot spread the clip on social media to pay tribute to his stance.

Watch the entire documentary "MTV - the channel that changed a generation" on SVT Play or on SVT2 on Thursday 29 July at 20:00. SVT also makes the MTV anniversary broadcast Save tonight on 25 September.