Münster is one of the 42 German urban densities and is considered one of the largest cities in Germany. And within this area, many towns with a small population. The city of Münster is located in the so-called "Westphalian Gulf", on the banks of the small "A" river, 15 kilometers away. 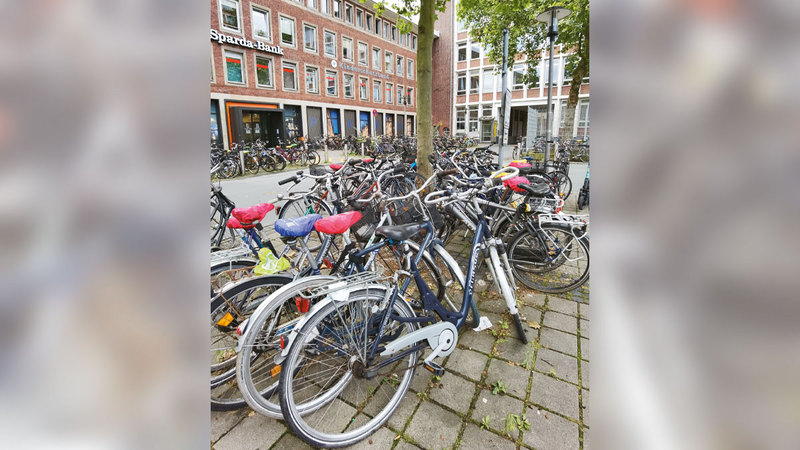 One of the largest cities in Germany by area

Münster is one of the 42 German urban densities and is considered one of the largest cities in Germany. And within this area, many towns with a small population. The city of Münster is located in the so-called "Westphalian Gulf", on the banks of the small "A" river, and 15 kilometers from its mouth in the Ems River. Scattered settlements and lone farms characterize the cityscape in Münster.

Münster is an independent city in North Rhine-Westphalia in Germany. It is located in the northern part of the state, and is considered the cultural center of the region of Westphalia. It is also the capital of the local government region of Münsterland. It was the site of the Anabaptist Rebellion during the Protestant Reformation, and the signing of the Treaty of Westphalia that ended the 30 Years' War in 1648. Today it is known as the Cycling Capital of Germany. Münster attained the status of a large city (prime city), with more than 100,000 inhabitants in 1915. As of 2014, there are 300,000 people living in the city, of whom about 61,500 students are registered in the official population statistics as Münster's main residence. . This city is characterized by its pleasant climate in the summer, as it is considered one of the coldest cities, and a lot of rain is relatively. There are also many monuments that tell a lot about the history of the city, and various museums and exhibitions.In addition to universities, antique palaces, hotels and resorts, and local and international restaurants. In addition to the shopping centers that combine entertainment, shopping pleasure, and delicious food. There are many treasures waiting for tourists from all over the world to explore and learn about in Münster.

One of the striking things about Monster is the bicycles that move not only on the corniche of the old wall within the city.

This Corniche, which was built by "Wilhelm Ferdinand Lieber" in the year 1770, to be a pedestrian and bicycle path, encircling the entire old town in a circular form.

It is located in large part on the site of the former defensive wall facilities.

The length of the Corniche is about 4.5 km.

The former industrial areas of Haverkamp Street and the port area of ​​the Hansa district have been converted into recreational areas and now contain many galleries, restaurants, and other entertainment and cultural venues.

Architecturally, Münster is full of contrasts.

The appearance of the city around the Principal Market, with its street-side corridors and distinctive facades, has generally retained its shape since the twelfth century, although some buildings have been largely destroyed and reconstructed.

On the other hand, after the Second World War, buildings of a practical or modern appearance appeared in the immediate vicinity.

Brands in the shopping district:

The main market in Münster forms a large part of the city's living history, as it tells tales about the Middle Ages, the Hanseatic League, and the ancient trading families that continue to operate today. Many exclusive shops, restaurants and cafes.

In addition, in this market, guests of the state are welcomed and festivals are celebrated, where people wander, shop and enjoy life.

Münster's oldest trade route, the Salt Trade Route, stretches from St. Lambert's Church to Erbedrostenhof Palace and the historic Town Hall and is colorful and boasts many boutiques for fashion, shoes, jewellery, leather goods and home décor, along with countless small restaurants and cafés. .

In addition, the historical and cultural attractions of this street invite you to explore, and this is especially true of the palaces, churches and picturesque gardens.

The port of Münster has evolved from a merchandise trading center into a home for art, culture, restaurants and modern cafes, and includes a mixture of old warehouses and modern buildings, where visitors can enjoy a view of the water in one of the cafes or restaurants, in a lively and wonderful atmosphere, visit the cinema or stroll along the river. .

A highlight on the Munster calendar is the once-a-year, three-day-and-nights Harbor Festival featuring music, fun and sporting activities perfect for adults and children.

The most famous tourist attractions:

Erbedrostenhof Palace is a unique masterpiece of art. It was built between 1753 and 1757 in the Baroque style, according to the design of the engineer Johann Konrad Schlaunn. It is located in the heart of Münster, and is considered one of its most beautiful buildings. Its exterior was rebuilt after the war, and its interior elements The staircase and banquet hall on the first floor were restored to their former state, and today the building is publicly accessible during events hosted in the banquet hall.

St Lambert's Church in Münster was built between 1375 and 1450, and is famous for its three iron cages in which the bodies of the leader Jan Matisse and his aides were displayed in 1535 after they were tortured and executed. It also has stunning interiors reflected in the large colorful windows and gorgeous artworks.

The historic Münster Town Hall is of high beauty, a mid-14th-century Gothic building that has no equal in all of Germany, fully restored in early 2003 retaining city standards.

This town hall was one of the theaters of the Peace of Westphalia negotiations that concluded the 30 Years' War in Europe and the 80 Years' War between Spain and the Seven United Republic of the Netherlands, and was the site of the Peace of Münster in 1648, hence the nickname "Peace Hall".