Today the economy, the portrait - United States: Lina Khan, the lawyer who scares the giants of Tech

While the pandemic has been successful for the tech giants, Apple, Google and Microsoft have reaped record profits, in the United States, a face has emerged in the landscape of competition law ... 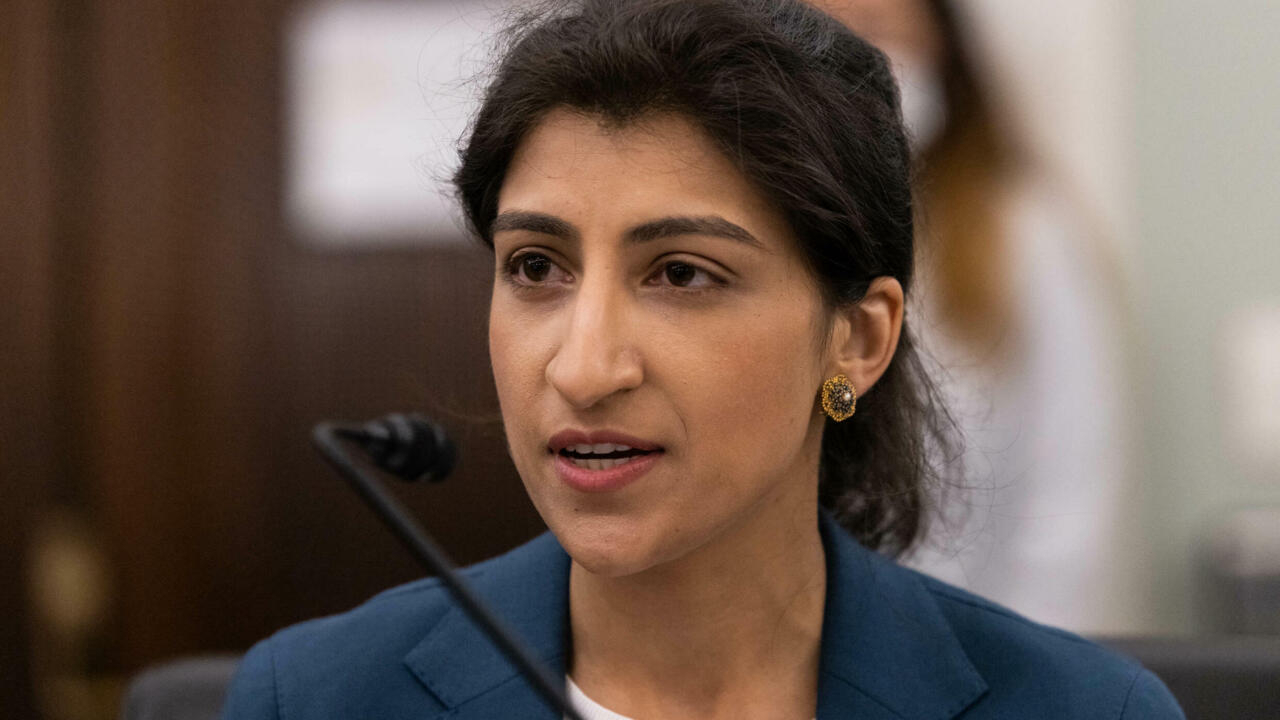 The American lawyer Lina Khan is the new president of the American antitrust commission.

While the pandemic has done well for the tech giants, Apple, Google and Microsoft have reaped record profits, in the United States, a face has emerged in the competition law landscape.

That of a young lawyer who scares the tech giants.

Her name is Lina Khan and at only 32 years old, she has just been appointed by Joe Biden as head of the FTC, the US Competition Agency.

How did she get there?

It's a lightning rise for this young woman born in London to Pakistani parents and arrived in the United States at the age of eleven. After a bachelor's degree in social sciences, she joined an American think tank which accidentally assigned her to a working group on monopolies. This is where his fight for a reform of competition law was born. She then decides to return to the benches of the university to study law. Before even obtaining her doctorate at the prestigious American university of Yale, she published an article in 2017 that propelled her and offered her a platform in the media.

In her almost childish voice, she gradually takes the habit of rapidly developing her vision of monopolies at conferences, like that of Washington in 2019, during which she explains: "

What makes Amazon and the other companies of this kind of really new is the mind-boggling amount of data they collect. What makes them “super-monopolies” in a way, both thanks to the speed with which their markets evolve and to which they can condense the powers, but also thanks to their faculty to use this power against the traders and consumers. It has simply become irrefutable that we have a problem with monopolies.

What is wrong with companies like Amazon, according to her, is that they do not take advantage of their monopoly position to raise prices, but on the contrary, to keep prices very low, by finding financing elsewhere, and by crippling competition with smaller companies. It is this paradox that Lina Khan emphasizes. For her, only one solution, breaking the monopolies. She then becomes a target for the GAFA who fear that the FTC, under her leadership, will encourage an anti-trust, anti-monopoly law.

Lina Khan is a brilliant lawyer, but she is above all determined, explains the director Thomas Lafarge, who interviewed the young doctoral student in 2018 for his documentary

Le Monde according to Amazon

Determined, the young lawyer is part of a generation of left-wing liberals who are not afraid to attack the big boys.

She is reminiscent of Socialist Democrat MP

, one year her junior and youngest woman in Congress.

Will Lina Khan have her hand to really make a difference?

Or is his appointment not just a simple "

" by Joe Biden at the address of the left wing of the Democrats?

It's not just the American left that fears monopolies. Moreover, the Republicans did not oppose his appointment, as Thomas Lafarge explains: “

The only fear of GAFA at present is the antitrust law. They are afraid of nothing but being dismantled. And in the US, there is a track record. It's not like it never happened. Americans don't like monopolies, they don't like dominant positions that prevent innovation and the creation of new businesses. If ever you put at the head of these institutions like the FTC, people who are fiercely determined to dismantle you, they know it is a real risk. She knows that she is exposing herself to a terrible sling because she is a danger, a real danger for them.

The bête noire of Gafa will take up his post next September.

It represents hope for consumers wary of the use of their data as well as for merchants who fear disappearing under the wave of Amazon.