After the public's anger over the list of conditions for her previous concert, Ruby sets one condition for the El Alamein concert!

The Egyptian artist Ruby was satisfied with setting only one condition to attend her new concert, which is a condition for the ages of the audience at the concert. 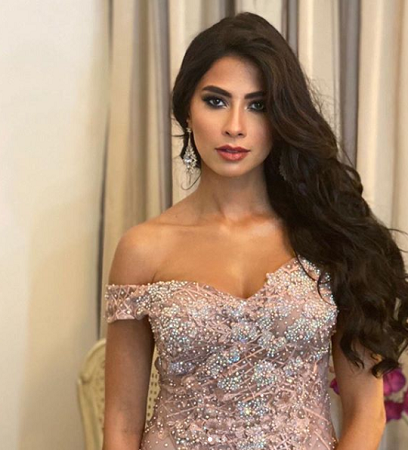 After the public's anger over the list of conditions for her previous concert, Ruby sets one condition for the El Alamein concert!

The Egyptian singer Ruby was satisfied with setting only one condition to attend her new concert, which is a condition for the ages of the audience at the concert.

Ruby is preparing to perform her concert with artist Mahmoud El-Aseeli, which will be held on August 6, in the new city of El Alamein in Egypt.

The condition set by the organizers of Ruby's concert this time at the El Alamein Summer Festival stipulates that the age of attendance at the ceremony must not be less than 15 years, while her concert begins at eight in the evening.

And the conditions set by the artist to attend her last concert on the North Coast, more than two weeks ago, caused anger and criticism from the audience.

The conditions included that attendance should not be less than 25 years old, and that it was limited to related persons only, with the need to wear white clothes.

The organizing company stipulated not to wear "hot shorts" or sports clothing, and also announced that it was allowed to wear a turban (a head covering for women).

And her condition was the condition of the wearer entering the "turban", which made the situation worse, as many found it an indirect way to prevent the entry of veiled girls and women.

Ruby went out to clarify through her personal account on the "Facebook" website, saying: "Good evening.. In a misunderstanding of the subject, the person who wrote the rules did not mean that entry is only allowed for tarpaulins. What is meant is that the entry of veiled women is not forbidden, he wrote Tarpon as a veil. In English, exactly as Hot Shorts wrote, and you can confirm by phone that the hijab is not forbidden.”

And she added, "It is not possible to prevent any veiled woman from entering... If something like this happens, I can't agree to sing, thank you."

Ruby is preparing to release her latest songs through her official YouTube channel, next August 2, and the song bears the name "Your Mother and Your Father", which is written by Mustafa Hassan, composed by Mohamed Hamza and distributed by Amin Nabil.