A black American family whose cells were the basis for the advancement of medicine.. is demanding their rights

The family of Henrietta Lacks, an African-American woman whose cells taken from her body without her knowledge have revolutionized modern medicine, announced their intention to file a complaint against the pharmaceutical groups that made profits with these cells. 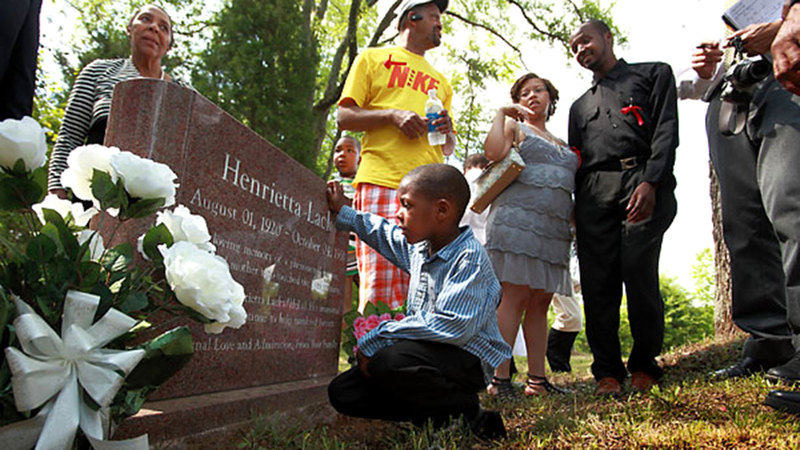 Henrietta Lacks died of cancer in 1951

A black American family whose cells were the basis for the advancement of medicine.. is demanding their rights

The family of Henrietta Lacks, an African-American woman whose cells unknowingly helped revolutionize modern medicine have announced their intention to file a complaint against the pharmaceutical groups that profited from the cells.

"They've been using her cells for 70 years, and the Lacks family has never received anything for this theft," her granddaughter, Kimberly Lacks, told a news conference.

She added, "They treated her like a lab rat, as if she was not a human, as if she had no family," calling for "the right to be fulfilled with regard to this racist and immoral treatment."

Henrietta Lacks died in 1951 at Johns Hopkins Hospital in Baltimore at the age of 31 of cervical cancer.

During attempts to treat her, cells were taken from her tumor and handed over to a researcher without Lax knowing anything.

The researcher soon realized that these cells, which she called “HeLa cells”, have exceptional characteristics, as they can be grown in the laboratory, outside the human body, and they can multiply indefinitely.

These cells have since enabled laboratories around the world to develop vaccines - most notably against polio - treatments for cancer and some cloning techniques, a multibillion-dollar industry.

Henrietta's grandson Alfred Carter argued that "the Lax family has been exploited for too long".

He announced that the family had hired the famous civil rights lawyer Ben Crump to represent it before the judiciary.

Crump, who was famous for his defense of relatives of victims of police violence, including George Floyd, said he would file a complaint on October 4, marking the 70th anniversary, to extract the disputed samples.

"Black lives must be given the value it deserves in America," he added, referring to the Black Lives Matter movement and its other battles.

His colleague Christopher Seeger explained that the complaint concerns "all those who have gained benefits from the use of HeLa cells and have not entered into any agreement with the family to compensate them."

In 2013, an agreement was struck between the descendants of Henrietta Lacks and Johns Hopkins University granting two family members membership on a committee responsible for allowing future use of HeLa cells, but the agreement did not include any financial aspect.

However, the university wrote on its website: "Johns Hopkins never sold [Hela cells], did not benefit from its discovery or distribution, and did not own the rights to it."

Elaine Wright-Clayton, a professor at Vanderbilt University's Center for Biomedical Ethics and Society, predicted that it would be difficult for the Lacks family to "get compensation" in court.

In an interview with Agence France-Presse, she recalled that US courts "have been reluctant so far to give humans some control over their samples."

But she believed that this issue would open an "interesting debate", centered on "the tension between the shared desire to advance research and the right of individuals to control their personal data" in a society where this control is becoming more restricted.

Her granddaughter: "They treated her like a lab rat, as if she was not a human, as if she had no family."

“During her treatment, cells were taken from her tumor and she called them (Hela cells), and they can be cultured in the laboratory, and they can multiply indefinitely.”