In the news: in Tunisia, Kaïs Saïed hyperactive and (visibly) popular Audio 04:19 Tunisian President Kaïs Saïed, in October 2019, during his swearing in, in Tunis. REUTERS - Zoubeir Souissi By: Sébastien Duhamel Follow 14 mins Publicity "  Kaïs Saïed calls on traders and wholesalers to lower the price of food products  ." You can read it on the Réalités magazine website  .  "  Kaïs Saïed ch 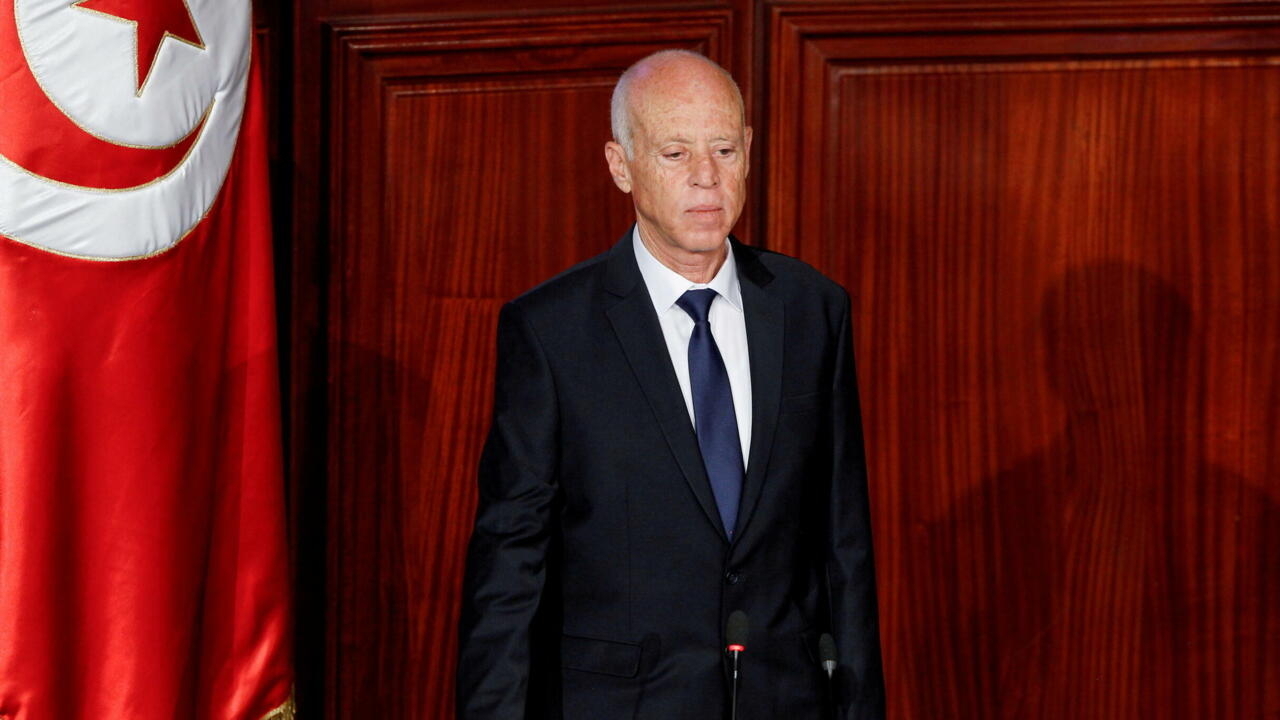 In the news: in Tunisia, Kaïs Saïed hyperactive and (visibly) popular

Tunisian President Kaïs Saïed, in October 2019, during his swearing in, in Tunis.

You can read it on the

also tells us that "

". Decision that comes after two representatives of civil society, guests of a national television program, were banned from entering the studios. The same head of state, who gave a speech this Wednesday, July 28. Yes, the Tunisian press is showing us a hyperactive president this morning. And popular, as a widely reported poll would attest. Poll commissioned by

, led by Ehmrod Consulting, it tells us that "

As for the details of the measures, 86% of Tunisians say they are in favor of freezing the activities of Parliament, and 84% of them “

, a pan-Arab media based in London. He bluntly asserts that "

quotes sources close to the Prime Minister here. Obviously, impossible to verify in the state but

the Middle East Eye is already the media which revealed a document last May, evoking" a constitutional coup d'etat through the activation of article 80 " of the constitution.

the justice had opened an investigation on this subject

which notes finally that

the global approach of the document and several details appearing there

applied by the President of the Republic

Rejection of the term "

could have been qualified as a coup d'état if Kais Saied had been appointed president by Parliament, as Moncef Marzouki did [...], but let us not forget that Kais Saied is elected (and well elected) by universal suffrage and that this gives him indisputable legitimacy

Kais Saied is not only the President of the Republic but also the Head of State. And indeed, many Tunisians have been worried for several years about the progressive disintegration of the State,

, an academic prefers to speak of a “

There is no need to enter into the lively controversy between constitutionalists, political scientists and other opinion leaders around the legality, the legality, of this political initiative; this debate already belongs to history and historians

”. The author insists here on the word "

The fate of Teodorin Obiang

Teodorin Obiang definitively condemned in France, in the case of ill-gotten gains

The vice-president of Equatorial Guinea, recalls the site, was sentenced by the Paris Court of Appeal in February 2020 to three years in prison, a 30 million euros fine and the confiscation of all his seized property. for "

laundering of misuse of corporate assets, embezzlement of public funds and breach of trust

A Court of Cassation which "

in Senegal. The daily recalls that in the United States too, Teodorin Obiang is "

in the crosshairs of justice

." France will now auction its goods and donate funds for development projects in Equatorial Guinea, explains

. And the newspaper hopes it will create a case law "

to combat the looting of public funds and corruption, especially in Africa

that this money, once returned to its source, will not [be], once again, transformed into ill-gotten gains by other people