Not only has it won the award for the best airline of 2021 for the third year in a row, but it is also the number one in the Middle East, serving the most delicious catering 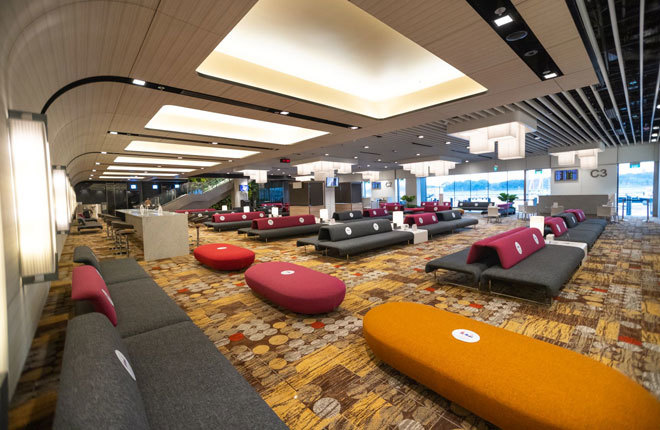 Not only has it won the award for the

for the third year in a row, but it is also the number one in the Middle East, serves the most delicious catering in the world and its

is also the best. We are talking about Qatar Airways, the national airline of the state of Qatar, which currently flies to more than

The Airline Excellende Awards are awarded by

, the market-leading portal based in Australia that evaluates safety and the type of product offered by the airline industry.

Not surprisingly, the awards recognize, every year,

the highlights of the world of aviation,

focusing on product innovation, the quality of the route

This year, in addition, the incidence of Covid-19 in airlines has been taken into account, so that their ability to adapt to the pandemic has been greatly valued.

Awards marked by the pandemic

The awards used to be delivered normally in the month of November, but due to the

they have been delayed to allow a longer period of time "to do the evaluations", in the words of Geoffrey Thomas, founder and editor of AirlineRatings.

In his opinion, the

focus on "leadership", thus highlighting "airlines that innovate to make a real difference in the passenger experience."

In this way, Qatar Airways has once again been

That is why the CEO of the Qatari group, Akbar Al Baker, could not be more proud to have passed with flying colors these "last 16 months in which the aviation industry has witnessed some of

its most difficult days,

but we have continued operating and supporting our passengers despite the fact that many other airlines have interrupted their operations due to the pandemic. "

In this sense, the company launched

, a first-class experience in the

the first double bed in the industry,

as well as with privacy panels that can be hidden, allowing passengers in adjoining seats to create your own private room.

The 10 best airlines in the world

After Qatar Airways, the list of the best airlines of AirlineRatings continues with Air New Zealand, Singapore Airlines (which also has the best first class) and Qantas, which has also won the awards for the best lounge and the

British Airways, the only European to make it into the top 10

. It is striking that there are none more and, therefore,

All of them have triumphed in aspects such as safety, innovation, new products,

and customer opinions, in addition to the protocols put in place due to the pandemic.

one of the key factors traditionally analyzed by the portal.

The Jacobean Year The Camino de Santiago by sea: the new official route to get to Compostela

Rihanna dresses, guitars in the room and music from La Movida: this is the new Hard Rock Hotel Madrid