Almost 50 years after Derry's “Bloody Sunday”, in which 14 people were killed, British justice dropped the charges against Private F, accused of ... 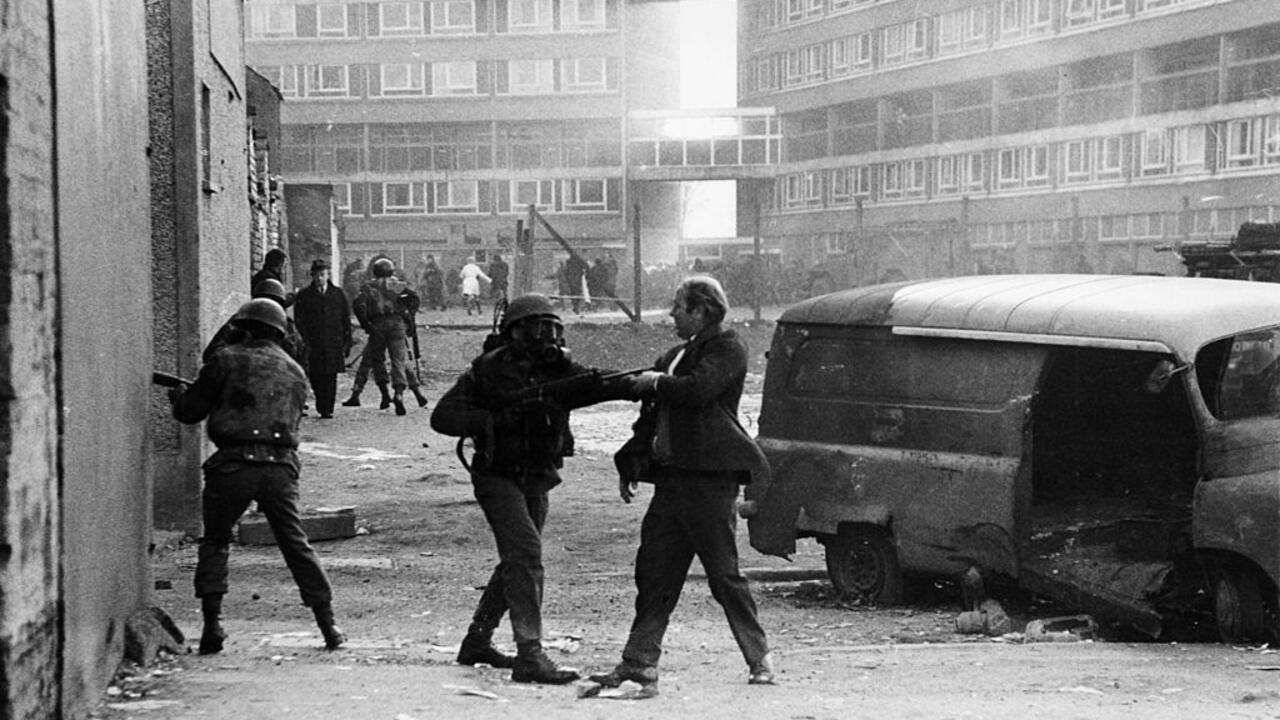 Almost 50 years after Derry's “Bloody Sunday”, in which 14 people were killed, British justice dropped the charges against Private F at the beginning of July, accused of two murders and six attempts.

A huge disappointment for the small town in Northern Ireland.

From our correspondent in Dublin,

At the Derry Libre Museum, lots of posters and videos recount those weeks of tension in January 1972. “

These people killed the city with it.

They had a huge impact on the city and its people,

This Sunday, January 30, 1972, Catholics organize a march for civil rights.

The British army opened fire, killing 14, including 7 minors, and 14 wounded.

John Kelly sees his brother die of a bullet in the stomach.

It was Private F who shot Michael.

We had high hopes for the prosecution, but we were made to understand that the charges could be dropped.

The statements of 72 soldiers cannot be used against them because they did not have a lawyer with them.

I am disappointed and angry that Private F will not pay for his assassinations.

The campaign to convict Soldier F, whose name is forbidden, began in 1992. “

And what we want right now is justice, to which my brother is entitled, to which we are entitled. .

The sooner it will be returned, the better it will be: many relatives have died, my mother and my father are dead… And it is not only for us,

It is for the whole of society.

Justice will only be served when it is visible

The septuagenarian, who has never left the city, works today at the Museum of Derry Libre, to maintain the duty of memory.

Around the Bogside, under the fresco of a multicolored dove of peace, Joe, 70, and Daniel, born after Bloody Sunday, follow legal developments.

We are very good at criticizing other countries and their breaches of justice. But where is our justice? The British government does not want to. Unfortunately, and it breaks my heart to say that, but these families will never get justice,

I was born in 1977, but I've heard all the stories, of people who have lost loved ones… The British have committed murders with impunity. It's a scandal,

A majority of Catholics live in the city, also called Londonderry by Protestants.

The question of justice transcends religious divides, believes Jane Buckley, born in Derry and author of a novel on the Troubles.

We all need to grieve.

Anyone who committed atrocities during the civil war must pay and families must be recognized as victims.

It's endless… We've had enough.

The city has had enough.

The country has had enough.

The families have appealed, the justice must render its decision next October.