I started working when penicillin was invented.. the oldest American nurse to retire

A woman believed to be the oldest working nurse in the United States has retired from a hospital in Tacoma, Washington, at the age of 96, according to local news channel King TV. General Multicare Tacoma". web 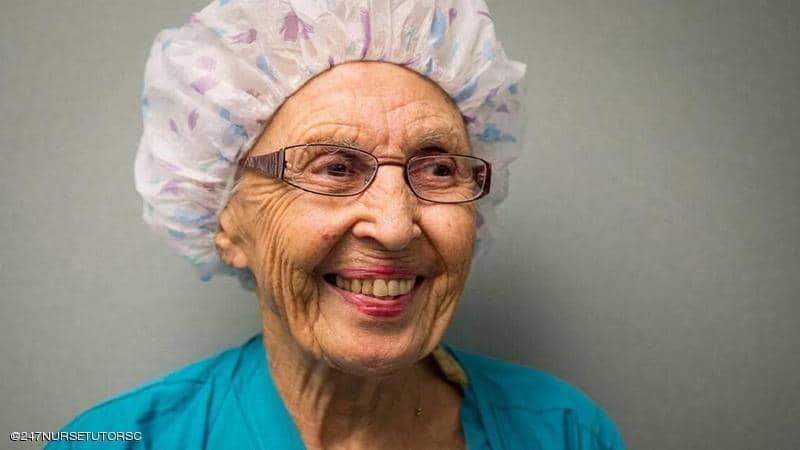 I started working when penicillin was invented.. the oldest American nurse to retire

A woman believed to be the oldest working nurse in the United States has retired from a Tacoma hospital in Washington state at the age of 96, according to local news channel King TV.

CC started her career as an operating room nurse when penicillin was new to the healthcare world.

Since then, the dedicated nurse has had very few "breaks" from her job, taking only one or two breaks to care for her children, and one unsuccessful attempt at retirement that lasted only six months more than 30 years ago.

King TV quoted CC as saying that she did not like sitting, and "I always have to do something. That's my nature. I don't know exactly what made me want to be a nurse, but it's something I've always wanted to do." I love interacting with patients and helping them as much as possible.”

Florence is known among her peers as always willing to help, keen on staying active, and walking five kilometers or more regularly.

The president of Multicare Tacoma Hospitals, Lauren Driscoll, says some of Florence's colleagues were "joking that they had to run to keep up with her", and that she was a dedicated nurse and an inspiration to them and the community, by "thinking of the thousands of lives she has taken care of".

Regney said the biggest change she has seen in all her years of healthcare experience is the amount of time patients spend in the hospital after surgery, which used to be 10 days or more, and now most patients go home after just a few days.

Despite major advances in the healthcare sector over the decades of Rigney's service, she says she has been able to "keep up" by keeping an open mind.

She confirms this through her advice to nurses and younger nurses, saying, "Never think you know everything," and you should "always be open, you never stop learning."

The hospital, from which CC retired, plans to honor her legacy and dedication to her work, by establishing a scholarship in her name for its nurses and staff interested in pursuing their studies, according to the local news channel.