But what do Islam, the struggle for abortion rights in Latin America, and political ecology have in common? Green, of course! Color long left aside, overwhelmed by political success ... 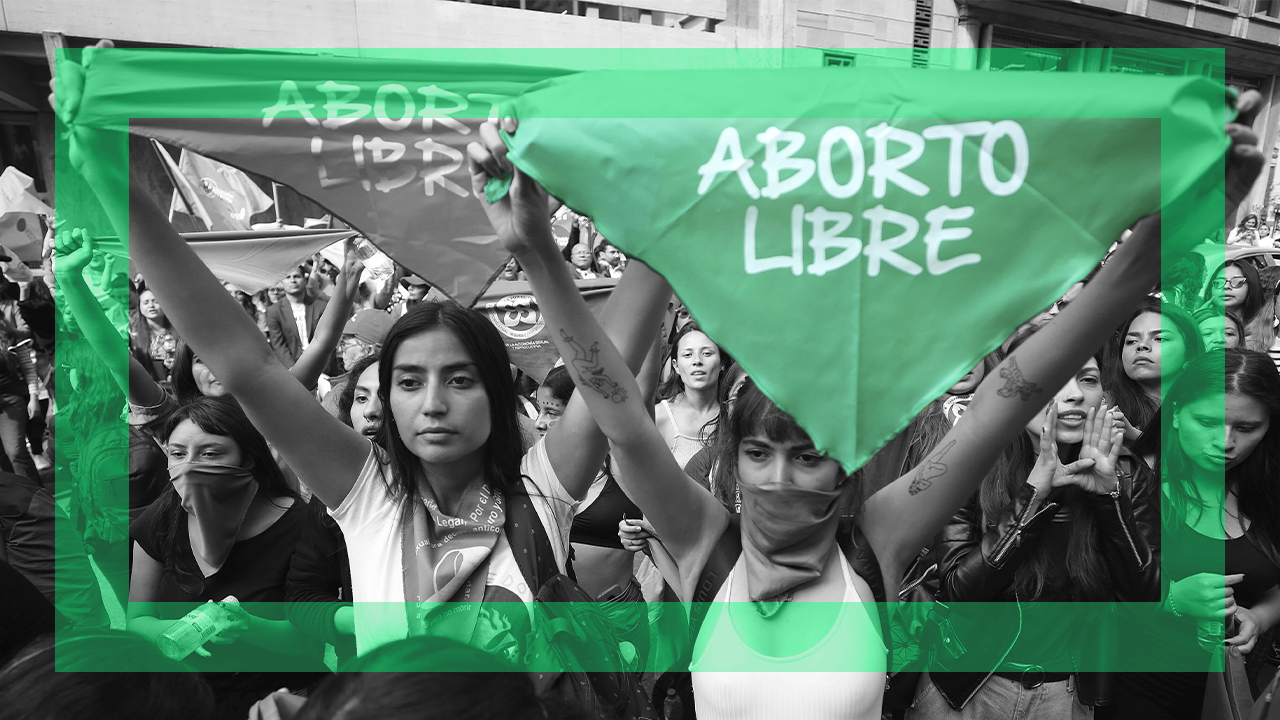 But what do Islam, the struggle for abortion rights in Latin America, and political ecology have in common?

Color long neglected, overtaken by the political success of blue and red, green has made a big comeback on the public scene since the 1980s. A look back at the history of three trends that have made green their symbol.

Color of nature, the uncertain, the transient and the ephemeral for the historian Michel Pastoureau, a secondary color for a long time in European history, green has made a big comeback on the public scene since the end of the 20th century.

But if for centuries it has been despised by the West, green has been the sacred color of Islam since at least the Middle Ages.

Green was associated by pre-Islamic populations who lived in arid areas, with pastures, in spring,

and by extension, with life,”

After the birth of Islam, green is associated with paradise, with the resurrection in the hereafter.

In the Koran, as in the Bible and most ancient texts, the mention of colors is rare: rather the chromatic range is described according to its intensity, bright or bland, and its density, opaque or transparent.

But green is considered by tradition to be Muhammad's favorite color, although the Prophet never dressed entirely in green.

Green has a sacred function in Islam

This chromatic takeover also echoes an enigmatic episode in the chronicles of the life of Muhammad. "

According to one of the versions, Mohammed one day wrapped his descendants, his daughter Fatima, his son-in-law and cousin Ali, and their two children, in a green coat

," says Francesco Chiabotti. Thus, after his death in 632, green gradually became the color of the Prophet's family, or “

, writes Michel Pastoureau in his work

of those who presented themselves as his direct descendants. Green then takes on a political dimension

Undoubtedly inspired by this tradition, the descendants of Fatima, the Fatimids, thus adopted the color green as family color, then dynastic, in the tenth century.

But it is also a way of dissociating oneself from the Abbasids, the second Islamic dynasty

They have indeed adopted black and ask their followers to dress in this color.

The Green Dome of the Prophet's Mosque in Medina attracts thousands of visitors every year.

But for green to become "the" color of Islam and adorn the covers of the Korans, it was not until the central Middle Ages (X-XIV centuries).

The cult of holy men and of Muhammad is developing there, and they are increasingly associated with green.

In the 13th century, the link was tied: the dome of the tomb of Mahomet, in Medina, was painted green for the first time.

Green has become the color of believers, beyond political differences.

It remains nevertheless associated for the Shiites with the family of the prophet, Iranian clerics claiming an ancestry with Fatima still wearing a green turban today.

Rather than a sacred color, green has a sacralizing function in Islam

But the green of political leaflets, electric bicycles and companies keen on "greenwashing" is quite different. In 2009, McDonald's “green” its image in the truest sense of the word. His famous yellow “M” has changed from a red background… to a green background. How better to illustrate the almost total assimilation achieved by environmentalists between their movements and the color green? However, the amalgamation has not always been taken for granted.

It is indeed first blue and yellow that the first environmentalists seized. Colors of the planet and the Sun, the mix is ​​ultimately rather logical, if one believes Sébastien Repaire, historian specializing in political ecology. “

The first environmental activists, in the 1970s, were marked by the image of the Earth seen from space,” he

the Earth has a finitude, its resources are not infinite, it must be preserved. And seen from above, the Earth is blue

" is thus celebrated in the United States on April 22, 1970, barely a year after Neil Armstrong made his first steps on the moon.

But the switch from blue to green took place in the years that followed.

In Canada, a rowdy militant collective,

, is launching its first actions.

Soon, they take the name of their boat, the iconic

In Europe, it was first of all the West German ecologists who adopted the name “Die Grünen”, “The Greens”, in the 1980 elections. Their unexpected success did not go unnoticed in neighboring countries.

A green beyond the left / right divide

In 1982, the French environmentalists - present in political life since 1974, but still groupuscular - followed suit. They are now called "The Greens". The British got involved too, and called themselves "The Green" in 1985, followed two years later by the Irish, with the "Green Party". An extremely modern approach for the political communication of the time. And rather clever, according to Sébastien Repaire.

"Until then, green was not a color with political connotations

Of course, green has been associated with nature since at least the 19th century, but naming the movement "Green" allowed environmental activists to extricate themselves from the left / right, red / blue opposition, which structures the political field,

The first "Greens" wanted to go beyond this divide inherited, according to them, from the industrial era.

They needed a color of their own.

In Latin America, the green of women's emancipation

In 1990, the transition was made: green is green, and it is everywhere. But color continues to evolve and inspire other movements, to become a standard and a symbol. The “green tide” of Latin America is thus seizing the green to make it the feminist symbol of the fight for the right to abortion. It all started in Argentina. “

The first symbol brandished by Argentine feminists to claim the right to abortion,”

is a green scarf, called the

Before color, it is first of all this scarf that bears a strong symbol: it immediately evokes the one that the mothers and grandmothers of the

wore, tied around the head and in white color, to claim

their children missing from the dictatorship

. Between April 1977 and 1983, in fact, women gathered every Thursday in this famous square in Buenos Aires to silently denounce the crimes of the military in power. A mobilization lastingly inscribed in the memory of Argentines. “

This fight led by women has become for several generations a model of struggle for human rights, and it is symbolized by the pañuelo,

It is therefore logical that we find it in 2017, during the first major demonstrations for the legalization of abortion.

But why is the scarf this time dyed green?

In fact, it could be a fluke.

It was a politically available color

The Peronist party has the blue, the left the red, the anarchists the black.

There was still the green, the environmental movement is still underdeveloped in Argentina.

And it very quickly met with great success: Colombians, Brazilians, Mexicans, but also

in turn seized it as an emblem of their struggle.

This green has become an extremely strong symbol,

Worn on the backpacks, in the hair, it is a sign of rallying, of support, of sorority