Experience the floods | A thrilling scene in Xinxiang's torrential rain: I dare not roll down the car window for fear of water coming in

China-Singapore Jingwei Client, July 22 (Chang Tao intern Huang Chenfa) "The rescue police car went around to my right and wanted to talk to me, but I dared not roll down the window for fear of water coming in." Attorney Sun Bao from a trapped office building in Hongqi District, Xinxiang City, Henan Province, told a reporter from Zhongxin Jingwei about the thrilling scene he encountered in the h 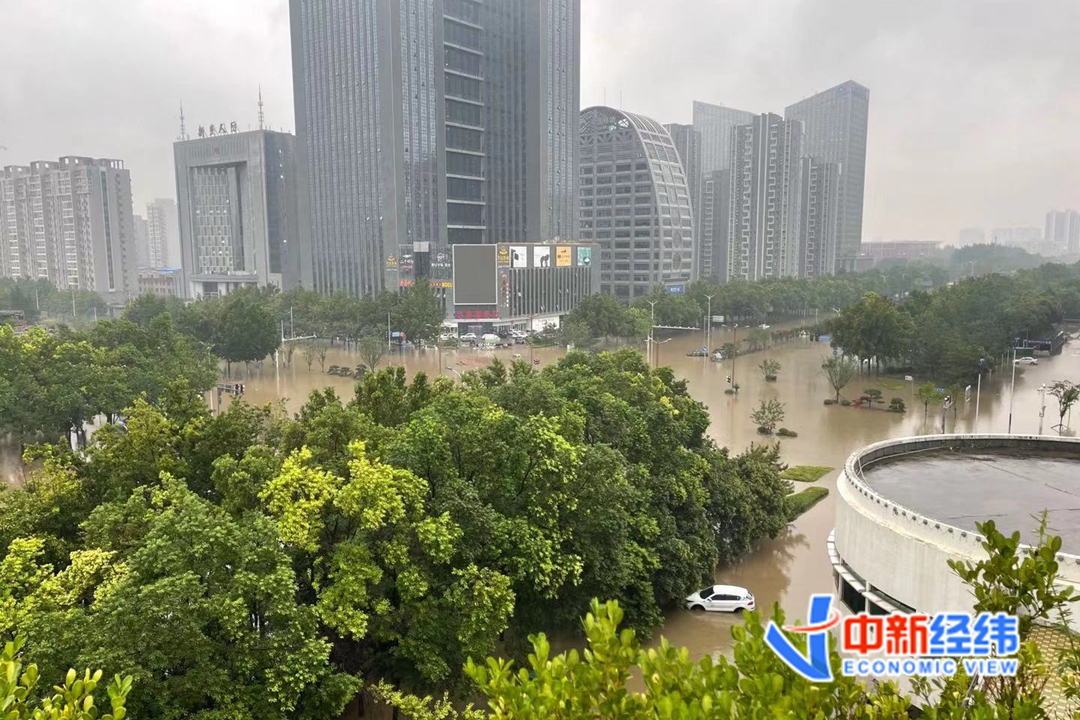 China-Singapore Jingwei Client, July 22 (Chang Tao intern Huang Chenfa) "The rescue police car went around to my right and wanted to talk to me, but I dared not roll down the window for fear of water coming in." Attorney Sun Bao from a trapped office building in Hongqi District, Xinxiang City, Henan Province, told a reporter from Zhongxin Jingwei about the thrilling scene he encountered in the heavy rain.

As of press time, photos provided by interviewees on the status quo downstairs of Sun Bao's unit

At 10:40 on the 22nd, the Xinxiang City Meteorological Observatory continued to issue a red rainstorm warning signal. It is expected that in the next three hours, the precipitation in Huixian, northern Xinxiang and northern Weihui will reach more than 100 mm. Heavy precipitation may cause urban waterlogging and mountainous areas. Geological disaster.

Sun Bao is still trapped in the office building of his unit. He rescued the car from the deep water area while ensuring safety.

The following is a collation of his narrative:

In fact, Xinxiang has been partially flooded since the 18th.

The law firm where I work is next to the Xinyang Dong District Municipal Government. A group of cars had already been flooded on the 18th.

During this period, my colleague and I took advantage of the reduced rain and drove the car from the company to a high place outside.

But when I went out, I couldn't come back. I could only spend the night in a county hotel around Xinxiang.

On the 21st, my colleague sent me a photo, and the stagnant water downstairs has all subsided.

I drove the car back to the unit. When I came back, I saw the car lying on the sidewalk, even being lifted to a higher place by the water.

After I parked the car at about five in the afternoon, I hurried back to the office to work overtime.

After 7 o'clock in the evening, the rain outside became very heavy. I saw that the water had flooded the car door, so I hurried downstairs.

Use the remote control to roll down the car window, jump into the car, set on fire, and drive forward little by little.

The rain was pouring down, and I turned the wiper to the maximum, but I still couldn't see what was ahead.

There was a lot of water in front of me, and I was a little panicked.

There are a few police cars patrolling around, and the turbulent water flows up to my engine cover from time to time. I am particularly afraid of water in the engine.

At that time, there was a police SUV whistling at me at the back. It went around to my right and wanted to talk to me, but the water on the outside had already flooded the windows of the car, and I dared not roll it down.

I slowed down and the police car went around in front of me. It wanted to take me out of the deep water.

Both the police car and I drove very slowly, with a speed of one or two steps, and a distance of several hundred meters for a full half an hour.

I parked the car and returned to the unit. I walked along the lowest water level, but the water level reached the waist.

I saw my motorcycle parked at the unit along the road. The parking lot was one meter higher than the ground nearby, but the water still flooded to the fuel tank.

Now the convenience stores downstairs are closed, and the supplies that were snapped up before are almost eaten.

At 3:30 this afternoon, the Zhengzhou court was still going to hold a hearing, but now the court has not been contacted. I don’t know if it was postponed.