Many railway lines were flooded, subways were suspended... Heavy rain in Henan caused some traffic obstructions

China News Service, Beijing, July 21. Comprehensive news. Since July 17, Henan Province has experienced large-scale heavy rainfall, precipitation in many places broke historical records, some reservoirs exceeded the flood limit, some urban areas were seriously flooded, and some road traffic was interrupted. . On July 20, there was continuous heavy rain in Henan, with heavy rains and heavy rains 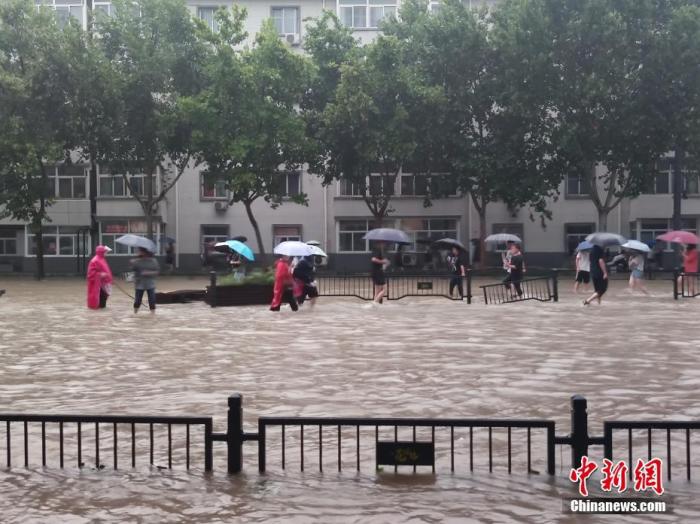 On the evening of the 20th, the China Meteorological Administration announced that since July 17th, Henan Province has experienced continuous heavy precipitation and heavy rains have occurred in many places. The precipitation in more than 600 stations exceeded 250 mm, the maximum precipitation was 728 mm, and the 6-hour rainfall in Zhengzhou was 382 mm. .

On July 20, Zhengzhou, Henan, vehicles passed through a section of stagnant water.

Many railway lines are flooded and trains are impassable

The railway department reminds passengers that passengers who have purchased tickets for the number of suspended trains can go to the refund window of any railway station nationwide to complete the refund and change procedures within 30 days from the boarding date (including the day).

The picture shows citizens sheltering from rain at the station of Zhengzhou Metro Line 2.

26 highways and 29 sections are closed

As of 7:00 on the 21st, 29 sections of 26 expressways, including G4 Beijing-Hong Kong-Macao Expressway, G30 Lianhuo Expressway, S26 Taihui Expressway, G1511 Rilan Expressway, and G3001 Zhengzhou Ring Expressway, have been closed. The recovery time is yet to be determined. There is no large number of vehicles. People stranded.

At present, there are 8 national highways, 8 provincial highways, including G107, G234, and 30 sections of the Henan Provincial Trunk Line, which have been interrupted by water and landslides caused by heavy rainfall.

The local highway department placed safety signs on closed road sections, arranged special personnel on duty, organized personnel and machinery and equipment to quickly carry out rush operations after the situation stabilized, and there were no vehicles, stranded persons, and casualties for the time being.

Affected by the continuous rainstorm, all stations on the Zhengzhou Metro network have suspended operations on the evening of the 20th.

According to the staff of Zhengzhou Bus Company, the water level was too high due to heavy rainfall. In order to prevent high-voltage electric buses from injuring passengers, Zhengzhou pure electric buses stopped operating at 14:30 on July 20.