"Tomorrow morning the heat will take its toll": a heavy downpour passed in the capital region

After several days of abnormal heat in the metropolitan area, there was a heavy downpour. Rain flooded the Sheremetyev runway, several flights were postponed and canceled. The consequences of bad weather were quickly eliminated, now the airport is operating normally. Due to strong winds, more than 20 trees fell in the city. Eyewitnesses also reported a tornado in the Moscow region, but forecasters believe that this is a different natural phenomenon. At the same time, meteorologists warn that hot weather in the capital region will continue in the coming days. 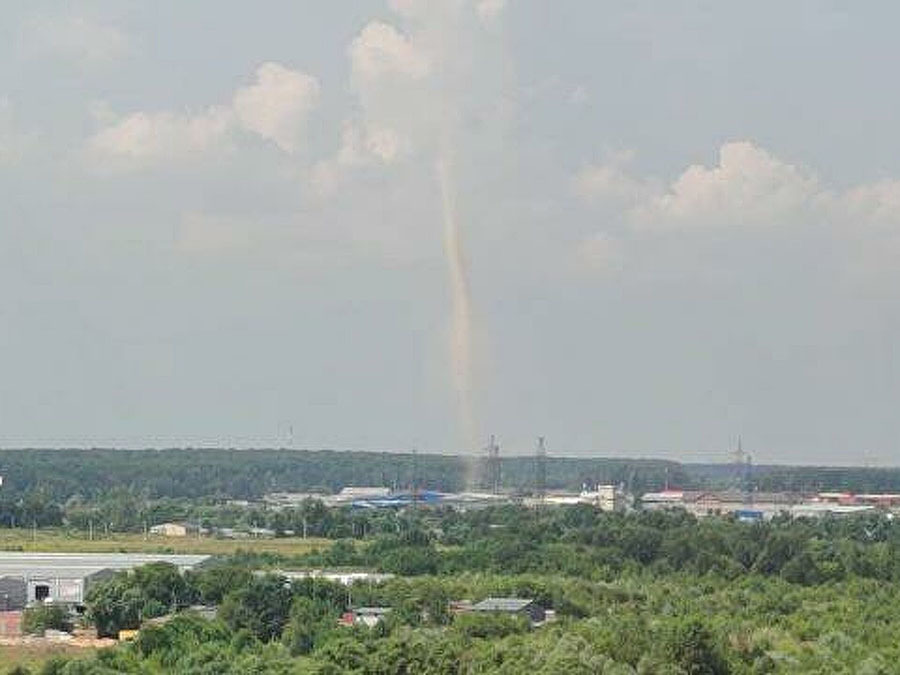 In the second half of the day, there was a heavy downpour in Moscow.

In the city on the eve, the "orange" level of danger was declared due to the heat.

As a result of rain and gusts of wind, about 20 trees fell in the capital, city services said.

Along with this, the downpour flooded a small section of the territory of the Sheremetyevo airport, a representative of emergency services told RIA Novosti.

Eyewitnesses and the media published footage from the scene, in which huge puddles were visible.

At the same time, it was noted that this circumstance does not interfere with the takeoff and landing of aircraft.

At the same time, according to the Yandex. Schedules service, 39 flights were delayed at Sheremetyevo, two were canceled.

Leading employee of the Phobos weather center, Yevgeny Tishkovets, said that rainy weather in Moscow would be observed in the next few days.

According to him, showers, thunderstorms and hail will periodically cover different areas of the capital.

“This story will now be on a daily basis.

These thunderstorm clouds will be mosaic from time to time covered with showers, thunderstorms, hail.

Tomorrow also remains possible, at the weekend it will be a little easier, ”he said.

As Tishkovets explained to TASS, on weekends in Moscow, the showers will subside a little and there will be more sun.

On July 15, the media also reported about a tornado seen in Mytishchi near Moscow.

The phenomenon was recorded shortly before the downpour began.

Eyewitnesses filmed another formation similar to a tornado on the ring road in St. Petersburg.

Tatiana Pozdnyakova, chief specialist of the Moscow meteorological office, said that the weather phenomenon in Mytishchi was not really a tornado.

According to her, we are talking about the "dusty devil."

“I do not agree that it was a tornado.

She noted that such vortices occur under a cumulus cloud above the heated surface of the earth.

According to her, such pillars of dust usually form in the fields or on the outskirts.

The head of the forecast center "Meteo" Alexander Shuvalov, in an interview with RT, said that a tornado-like cloud was recorded in Mytishchi.

Speaking about the weather in the metropolitan region, Shuvalov warned that a decline in the heat should not be expected for now.

He noted that after the rain, coolness was established, but by the morning of the next day, the situation will change.

In our country, until the end of the weekend, this is exactly the situation that will persist: in the morning the sun is hot, and in the afternoon it is raining and relatively cool, ”Shuvalov said.

Also on russian.rt.com, the forecaster told when the heat in the Moscow region will subside

According to him, a radical overhaul, a transition to cooler weather, both day and night, is expected from July 19.

“You need to be prepared for the fact that this kind of thunderstorm cloud can present surprises in the form of hail, squalls, gusts up to 25 m / s, intense precipitation, but locally, not throughout the middle zone.

In some places heavy precipitation will fall, somewhere between 1-2 mm, and somewhere up to a quarter or a third of the monthly norm, ”the forecaster noted.

The meteorologist did not rule out the possibility that a tornado could be seen in some area of ​​the middle strip.

Experts note that against the background of the abnormal heat in the capital region, the air quality has decreased.

In particular, this was announced by Evgeny Nikitich, Deputy Head of the State Budgetary Institution Mosekomonitoring.

According to him, the presence of sources of pollutant emissions and the current meteorological situation affect the air quality.

“Our anomalous summer has really worsened somewhat the quality of atmospheric air.

There is such a term "unfavorable meteorological conditions", which contribute to the accumulation of harmful substances and prevent their dispersion, "RIA Novosti quoted him as saying.

As the expert explained, during the daytime the standards are usually not exceeded, but at night there are increased levels of pollution.

“At night, in some places, especially near highways and highways, we record an increase,” the expert said.