The banking sector between Emiratisation and support for entrepreneurship

The integrated ecosystem for entrepreneurship and innovation is facing global challenges, perhaps the most severe of which may be the economic difficulties and fluctuations resulting from the “Covid-19” pandemic, as all countries, with varying degrees, took the initiative to launch a package of financing, legislative and incentive initiatives, to ensure the continuity of business. 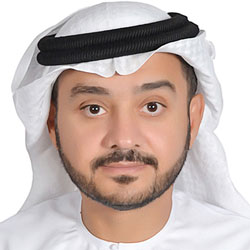 The banking sector between Emiratisation and support for entrepreneurship

The integrated ecosystem of entrepreneurship and innovation is facing global challenges, perhaps the most severe of which may be the economic difficulties and fluctuations resulting from the “Covid-19” pandemic, as all countries have initiated, with varying degrees, to launch a package of financing, legislative and incentive initiatives, to ensure the continuity of emerging economic entities, and mitigate the stifling effects and difficulties. Synchronized with the symptoms of the global economic slowdown.

The UAE is one of the distinguished models that support the establishment of small and medium economic entities, because of their strategic importance in the development of the post-oil economy, whether in the future energy economy, or other advanced industries and technologies, as the leadership is betting on the ability of the nation and its residents to Investing in national gains, in order to achieve sustainable growth that enhances the nation’s prestige and its deserved position among countries.

Among the most important initiatives launched was the package of incentives and financial facilities announced by the Central Bank, which obligated banks operating in the country to grant unprecedented facilities, with the aim of maintaining a stable economic situation and promoting growth despite global economic difficulties.

Despite this, we still note the limited financial privileges and facilities granted by these banks to entrepreneurs working in the state, which necessitates that we suggest to young leaders based on the Central Bank, the development of a governance system and indicators for monitoring the real credit facilities granted by banks to entrepreneurs and innovators. in the state.

What we read in the news of supportive decisions, collide with reality with the difficulties of implementation, and the lack of commitment by many banks and banks operating in the country, as many banks stated their commitment to the decisions of the Central Bank, and their support for entrepreneurs, while on the ground we still notice difficulties in applying for access On these privileges and facilities, and proving the difficult economic effects faced by these companies and institutions, which reminds us of the government routine that has almost become extinct on the homeland, while it is still observed in third world countries and some banking sectors, where we hope to enforce open data concepts, and publish reports. banking related to similar sovereign decisions, monitoring customer complaints, encouraging their dissemination and holding non-compliant banks and banks accountable.

We also hope to publish reports on the non-compliance of some banks with localization indicators, especially in sensitive jobs of a security, supervisory or credit-related nature.

Also, given the transfer of the Emiratisation file to local authorities, we look forward to coordinating with the local economic development departments in all the emirates of the country, to prepare special reports on the compliance rates of bank branches and their headquarters (according to their geographical distribution among the emirates of the state), so that fees are charged for training and qualifying citizens To fill these jobs that we note are monopolized by certain Asian and foreign nationalities, which poses a threat to national economic security.

He suggested that these fees or fines be in the first year, as determined by the regulations of the Central Bank, and we hope that its reports on “the most compliant banks” and “the most violating banks” will be published to educate the public about the banks’ commitment to their national responsibilities in a national strategic file. Important is "localisation".

We also recommend that the concerned economic development departments coordinate with the local and federal securities and commodities authorities concerned with the governance of joint stock companies, especially financial ones, and banks in particular, to link the “nationalization” indicator with the performance and compliance reports of boards of directors and chief executives, and link them upward or downward to annual bonuses, and the privileges that They obtain them, so that the board of directors and the management team of the “compliant” bank obtain the privileges determined during the general assemblies, while part of the fees and violations related to “non-compliance” with the targeted localization indicators will be deducted from the rewards of the relevant boards of directors and CEOs, and the possibility of recommending In the event of repeated failure to achieve these indicators, change the executive management and boards of directors, especially since we still notice the repetition of the same faces and names in many companies that we read of their commitment to their national responsibilities, while on the ground they are fighting or obstructing Emiratisation in programsBanks in charge of it!

• Linking the "Emiratization" indicator to the performance and compliance reports of the boards of directors.