On Joo-wan started to press Um Ki-joon. In the SBS Friday drama 'Penthouse 3', which was broadcast on the 18th, Baek Joon-gi, who appeared in front of Joo Dan-tae, was drawn. On this day's broadcast, Baek Joon-gi came to a place where Joo Dan-tae was with the Heckle members. 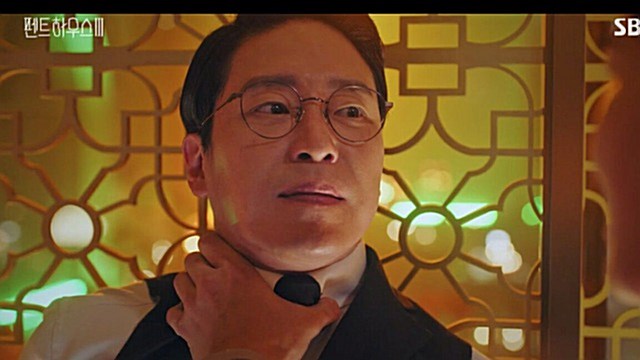 In the SBS Friday drama 'Penthouse 3' (written by Kim Soon-ok, directed by Joo Dong-min), which was broadcast on the 18th, Baek Joon-gi (On Joo-wan) appeared in front of Joo Dan-tae (Um Ki-joon).

On this day's broadcast, Baek Joon-gi came to a place where Joo Dan-tae was with the Heckle members. He embraced Joo Dan-tae and greeted him warmly, saying, "Hyung, how much is this? 25 years? No, 27 years." Joo Dan-tae asked who it was, and Baek Joon-gi said, "It's me, Joon-gi, Baek Joon-gi. Have you forgotten me?"

Then, he naturally greeted the members of Heckle and mentioned his past, saying, "I came to Korea after a long time and I really wanted to meet you, so how do you meet here. Is this the last time you met in Japan?" Joo Dan-tae, feeling a sense of crisis, hurriedly took Baek Joon-gi and went outside.

Joo Dan-tae asked Baek Joon-gi, who was in a mental hospital, how he got out. In response, Baek Joon-gi came out with the help of Logan Lee (Park Eun-seok) and he also revealed how Joo Dan-tae lived up to now.

He provoked Joo Dan-tae, saying, "How did you dare to live in my name after killing my parents?" and "People inside will be very curious about your brother's past." Joo Dan-tae grabbed Baek Joon-gi by the neck and threatened, "Knowing that you're alive and getting out of here right now. There will be no two miracles." Then, Baek Joon-gi said, "A hyung. I was big enough to stop it like this," and subdued Joo Dan-tae at once.

Baek Joon-gi came to Joo Dan-tae's house and put pressure on him. In response, Joo Dan-tae aimed for Baek Joon-gi, but he was not as easy-going as in the past.

To Hefal people who are curious about Joo Dan-tae's past, Baek Joon-gi revealed something about his dark history. Joo Dan-tae, surprised by this, quickly hid it, confirmed that it was his wanted flyer, and was furious.

Shim Soo-ryun did not turn a blind eye to the evil deeds of Joo-kyung (Han Ji-hyun). And he was expelled. In anger, Joo-gyeong turned his back on Shim Su-ryun and stole Shim Su-ryun's seal and identification card and handed it to him as Joo Dan-tae told him.

Meanwhile, Oh Yoon-hee (Yoo-jin) went to find Joo Hye-in's (Na So-ye)'s biological mother and confirmed that he had died as a victim of a murder case six years ago. And it was revealed that the perpetrator of the case was Yoo Dong-pil (Park Ho-san), which was a shock.