In the autumn, the call aroused "Whose SR?" a debate on diversity and discrimination within public service companies. Now 20 SVT employees with a foreign background also testify to major problems on SVT. - You do not feel included and alone, says Sara Amosaibi Jasas, journalist and one of the initiators of the report "How can it be like this". 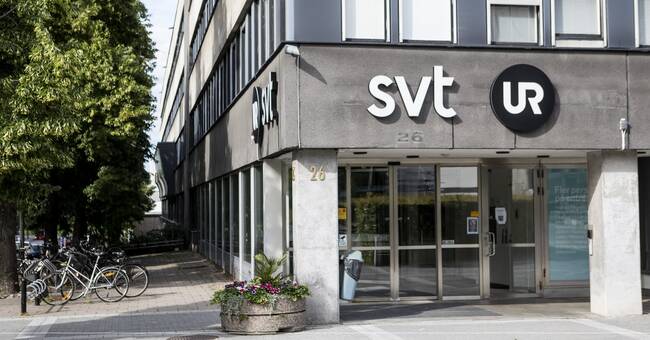 Following the call on Swedish Radio, the trade union Journalists' Club on SVT began work on collecting experiences of discrimination and special treatment through a survey of all members.

Together with a group of SVT journalists, they also chose to in-depth interview 20 employees with a foreign background, ie who were born abroad or have at least one foreign parent, about how they experience their work situation and the journalistic perspectives on SVT.

Most of the interviewed SVT employees talk about widespread work environment problems, the lack of diversity in leading positions and that journalism suffers when the company lacks or does not make use of skills.

One of the interviewees says:

“I suffer enormously from minority stress, I am very tired of fighting.

- You do not feel included, alone and feel that the company does not take advantage of your unique skills.

It has led to stress and anxiety, and simply mental illness for many, says Sara Amosaibi Jasas, one of the initiators of the report and former SVT reporter, now an SR employee.

Several of the interviewed employees warn that SVT often lacks a nuanced and close journalism about minorities, refugees, immigrants and vulnerable groups and areas.

“We often forget what the demographics in Sweden look like.

People with a foreign background can not only end up in reporting when it comes to crime and crime and social problems ",

says one of those interviewed.

SVT employees warn that a superficial and generalizing journalism about minorities, immigrants and vulnerable areas risks creating a false picture of reality.

- There is a concern that SVT is involved in influencing the political climate in Sweden.

It is not about questioning the consequence neutrality in the reporting, but about a concern that SVT is involved and contributes to shifts in societal attitudes on an incomplete, misleading and sometimes incorrect basis, says Sara Amosaibi Jasas.

These are important stories and I want everyone to feel included on SVT.

We have worked a lot with it but this shows that we have a good bit left.

She believes and hopes that the investment in more local newsrooms can be part of the answer to the criticism of the lack of close and nuanced journalism.

- We have gone from 27 to almost 50 newsrooms around the country.

The goal is to get closer to people.

- These local newsrooms are currently conducting screening: how do people live, what are they interested in, what are the workplaces and languages ​​that we need to understand?

Do we then need other language skills and networks than what we have in the editorial office?

It is a work in progress, says Hanna Stjärne.