Naftali Bennett, a political strategist of the nationalist right at the head of Israel

Naftali Bennett, an ultra-nationalist businessman who made his fortune in the tech sector, became Israel's new prime minister on Sunday. Portrait of a fine political strategist. 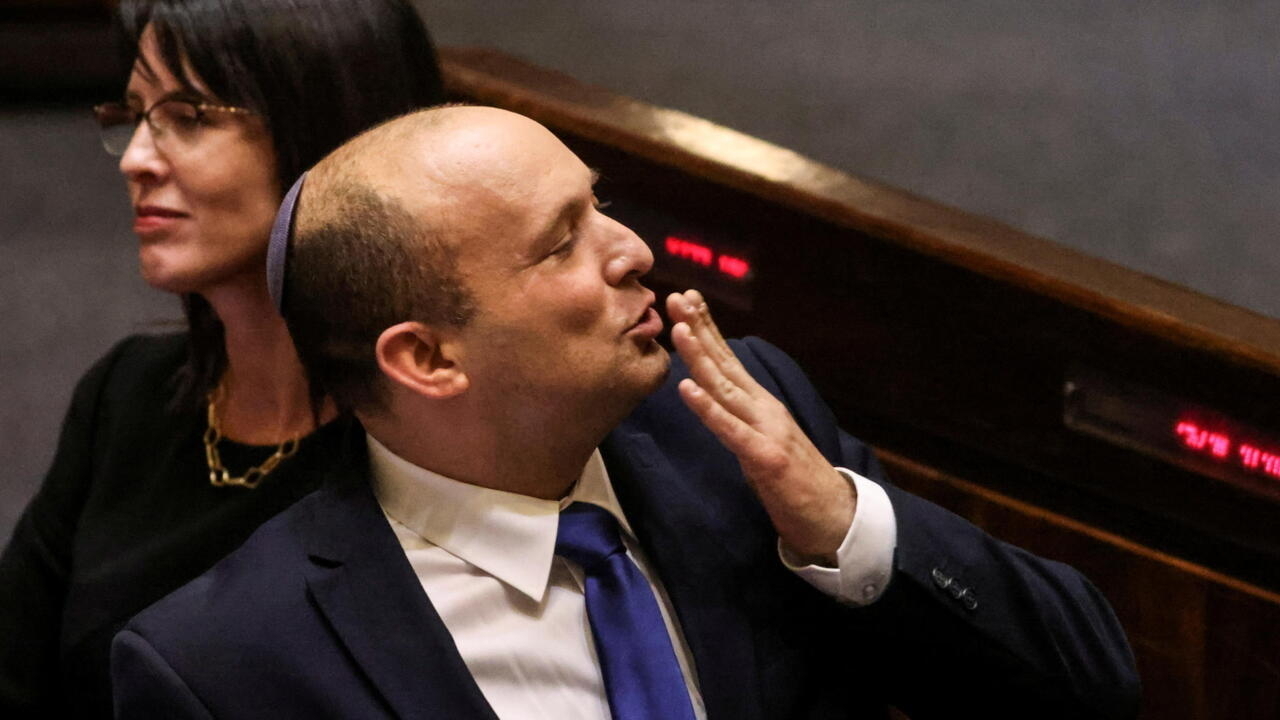 Bald head, discreet kippah and English American, Naftali Bennett made his way into politics by skilfully sailing to the right of his ex-mentor Benjamin Netanyahu - until he took his place.

Thanks to a coalition game, the man became Israel's thirteenth prime minister on Sunday.

This tech millionaire heads the Yamina formation, a young party that advocates both economic ultra-liberalism, a certain openness to social issues and the annexation of nearly two-thirds of the West Bank, Palestinian territory occupied by Israel .

Entering the political arena eight years ago, he immediately became a key figure in the "nationalist camp", a term used in Israel to designate those who lean from the center right to the extreme right.

And knew how to play it.

"I am in a comfortable position, always a little to the right of Bibi (Netanyahu editor's note). When I speak on diplomatic or security issues, he will end up going up a notch to catch up with me," he said when he was still his minister.

Naftali Bennett, 49, quickly established himself as the essential "kingmaker" of the coalitions formed by Benjamin Netanyahu.

Despite his low score in the last legislative elections, he managed to deal the final blow to his ex-mentor.

"For the sake of Israel"

His surprise rallying to the new motley alliance - ranging from his right-wing party to the left through the support of an Arab party - was negotiated at a high price: the post of Prime Minister until 2023. "I knew. that I would be criticized ", he launches calmly on television, while the far right affixes him on the internet, he, the former representative of the settlers, of the Palestinian keffiyeh.

"I chose what to do for the good of Israel," insists the one who becomes the first religious head of government in the history of the country to wear a kippah.

Married to Gilat Bennett, a pastry chef by training, and father of four children, he follows a strict practice of Judaism, nevertheless open to modernity.

Born March 25, 1972 in Haifa (north), this son of American immigrants served in the prestigious military unit Sayeret Matkal before establishing himself as a tenor of the "start-up nation" with his cybersecurity company Cyotta, sold for $ 145 million in 2005.

The law graduate made the leap into politics the following year by committing to Likud, the party for which his family had always voted and in which he became the right-hand man of Benjamin Netanyahu.

Two years later, N. Bennett left the party to lead the Yesha Council, the main organization representing Israeli settlers in the West Bank, although he had never lived in one of these controversial settlements.

In 2012, he took the reins of Foyer Juif, the historic settler party which then joined other micro-parties to form Yamina (right), leaving the most radical speeches to new, more extremist parties. .

But the one who wants to impose himself today as a man of the rally and advocates the "consensus" has multiplied for years the muscular nationalist remarks.

"There has never been a Palestinian state"

There is no Israeli occupation in the West Bank because "there has never been a Palestinian state".

Or "terrorists must be killed, not released," terms hurled at Palestinian prisoners.

But N. Bennett, who has held five ministerial portfolios since 2013 and was still Minister of Defense in 2019, has never shown any eagerness to turn these statements into a real political project.

He thus found himself a "tailor-made image for an audience desperately seeking a legitimate replacement for Netanyahu," notes Evan Gottesman of the Israel Policy Forum.