In the video, a crater "swallows" a car completely in India!

Surveillance cameras in a parking lot in Mumbai's Jatkopar showed the moments when a parked car was swallowed by a crater, as reported by the Hindu Time newspaper. 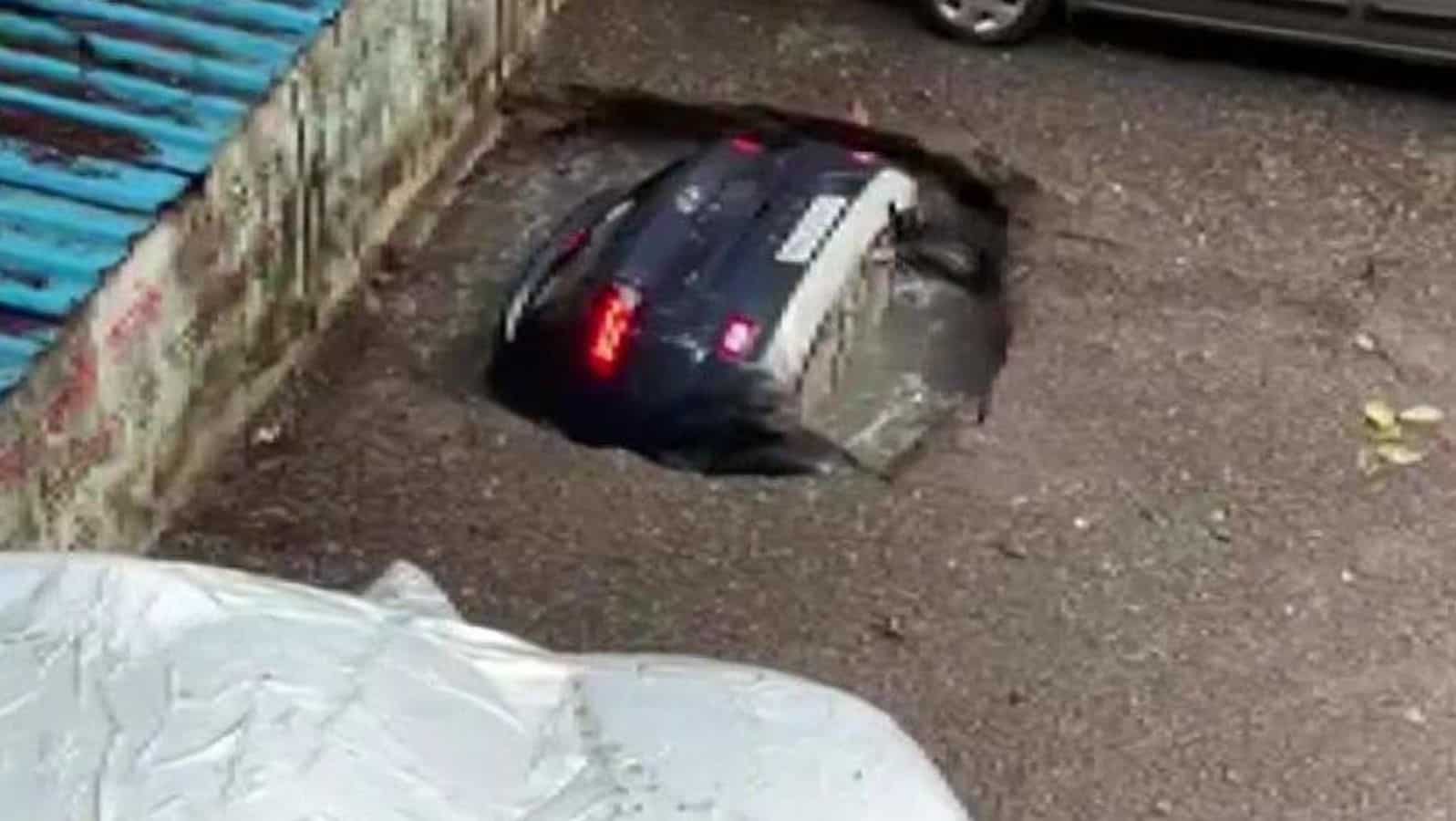 In the video, a crater "swallows" a car completely in India!

Surveillance cameras at a car park in Mumbai's Jatkopar showed the moment a car that was parked at the scene of the accident swallowed a crater, Hindu Time newspaper reported.

The newspaper added that the crater swallowed the car completely after the erosion of the soil under the asphalt layer of the road.

The newspaper pointed out that most of the areas that have been exposed to continuous and torrential rains in India recently, caused the soil under the roads to crumble and drift with the water currents, which resulted in great dangers.