China's application for the past: Why can these scenic spots become World Heritage?

Chinanews client, Beijing, June 12th (Reporter Shangguanyun) It is another year of Cultural and Natural Heritage Day.   Currently, China has 55 World Heritage Sites   Is one of the countries with the most world heritage sites in the world   Those precious world heritage   The passage of time can't hide their light Data map: The aerial view of the Dunhuang Mogao Grottoes, a world heritage si 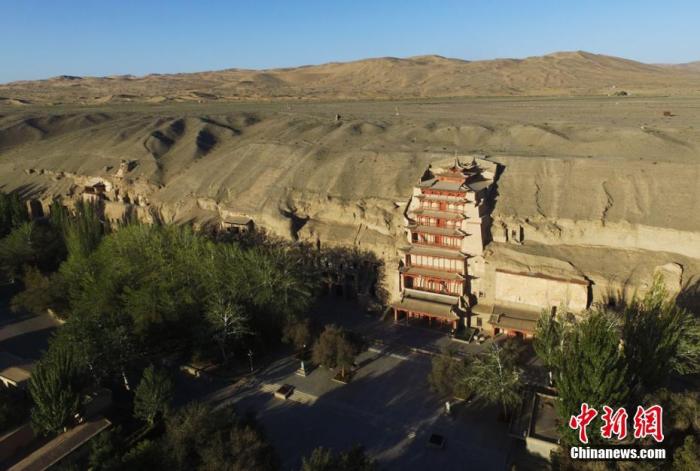 The passage of time can't hide their light

Data map: The aerial view of the Dunhuang Mogao Grottoes, a world heritage site, is spectacular.

Such as the Great Wall of China

Speaking of the beginning of the inscription, one person needs to be mentioned

In 1984, he went to Cornell University for academic exchanges

After returning home, he hurriedly drafted a proposal

Data map: During the Ching Ming holiday, the Badaling Great Wall in Beijing is surrounded by the "sea of ​​flowers", and spring is strong.

In 1987, the Great Wall was included in the "World Heritage List"

China has since embarked on a journey of inscription

Shan Jixiang, president of the Chinese Society of Cultural Relics, once mentioned

Created a new category for the declaration of World Heritage

Change the pattern of our past protection

Data map: Taishan Mountain is covered in silver after the snow, and the scenery is picturesque.

In recent years, China has continued to successfully apply for the heritage of projects

Each item is breathtaking:

In 2015, China's "Tusi Site" was included in the "World Heritage List"

Including the site of the old Sicheng city in Yongshun, Hunan

Drawing by Luo Yue, an ancestor of the Zhuang ethnic group in southern China who lived here

The scene of the ochre red rock painting group is magnificent

Recorded the sacrificial scene about 2000 years ago

The mountains, rivers, and terraces on which it depends

Together they constitute the cultural landscape of Zuojiang Huashan rock paintings

Shennongjia is located in the northwestern border of Hubei Province

Its biodiversity fills a gap in the World Heritage List

The total area of ​​the declaration area is 6 million hectares

Among them, the nominated core area covers an area of ​​3.7 million hectares

And part of the Sanjiangyuan National Nature Reserve

There are rare wild species such as Tibetan antelopes, wild yaks, and Tibetan wild donkeys.

According to incomplete statistics

There are more than 7,000 large and small lakes and 255 ancient glaciers here

Data map: On the afternoon of September 4, 2013, four Tibetan gazelle looked at passers-by on the side of the highway in the Kekexili Nature Reserve, Qinghai.

Including the entire Gulangyu Island and its coastal waters

Gulangyu Island is known as the "Sea Garden"

There are many cultural relics protection units here

Data map: There are 931 historical buildings in different periods and styles remaining on Gulangyu Island.

Photo by Li He

Habitat for Migratory Birds in the Yellow (Bo) Sea

The Yellow Sea Wetland in Yancheng, Jiangsu Province, where the first phase of the project is located

It provides habitats for 23 species of birds of international importance

Data map: The picture shows an aerial photograph of the Yellow Beach wetlands in Yancheng.

The scale of the ancient city of Liangzhu is huge

It is the power and belief center of Liangzhu Culture

The ancestors of Liangzhu were able to observe solar dating more than 5,000 years ago

The emblem on the representative jade "Jade Cong"

After several times magnification, the lines are clear and identifiable

However, successful entry into the "World Heritage List" does not mean that it will be done once and for all.

If the world heritage is left unchecked, it will be destroyed

It may also be "delisted", that is, withdrawn from the list

China is an ancient civilization with a long history

They have a glorious history

We should also go to the future in peace

From a bustling city to an ancient village

From magnificent mountains to quiet forests...

On the way to apply for heritage, every application is successful

All means the identification of its value

World Heritage is "the gift of mankind to the future"

We also need to protect