International guest - Ali Onaner, Turkish Ambassador: "We must stop all forms of cooperation with the PKK"

This is one of the hot topics that have poisoned the relationship between the United States and Turkey for several years and which will be discussed during the first bilateral meeting between Presidents Biden ... 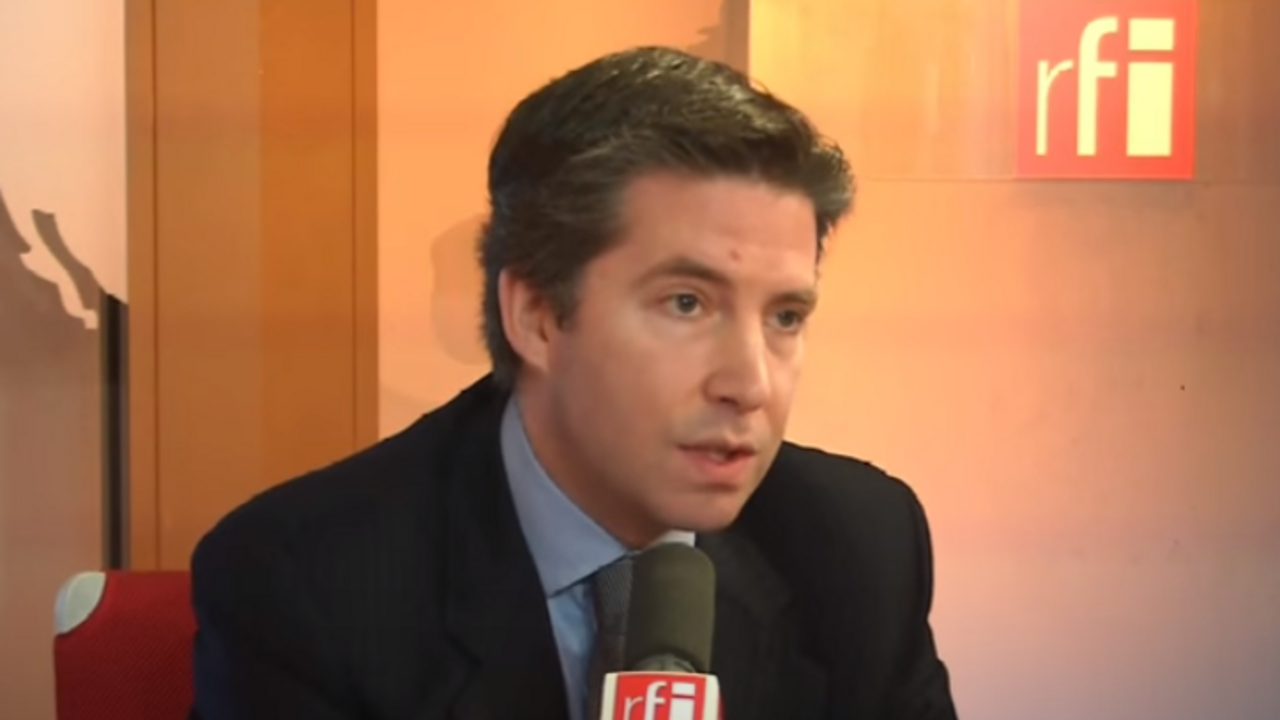 Ali Onaner, Turkish Ambassador: "We must stop all forms of cooperation with the PKK"

This is one of the hot topics that have poisoned the relationship between the United States and Turkey for several years and which will be discussed during the first bilateral meeting between Presidents Biden and Erdogan, on the sidelines of the NATO summit on Monday June 14, 2020. Ankara, which assimilates the Syrian forces of the YPG to the PKK (movement classified as terrorist by the United States and the European Union) wishes an end to Western support for these militias.

Other sensitive subjects: the equipment of Turkey with Russian anti-missile S 400 missiles or even Libya.

RFI: Before evoking this dense diplomatic sequence which opens with in particular the NATO summit next Monday, let us return to the visit of the Turkish Minister of Foreign Affairs to France on Monday, June 7.

No press conference, no announcement, only two press releases.

We are far from the climate during the visit to Athens the previous week ... Frankly, has the Franco-Turkish climate really warmed up?

Yes, relations between Turkey and France are moving in the right direction and we can speak of warming.

A comparison of the visits of two countries which have two different practices in relation to press conferences should not encourage an interpretation, a comparison with the relations between these two countries.

I can confirm that this visit, almost three years after the previous one, is the result of efforts which first allowed direct contact between the two presidents on March 2, when they spoke to each other during a meeting. video conference.

Afterwards, our ministers first spoke on the phone, then they met physically in Brussels.

This meeting, Monday June 7 in Paris, at the invitation of the French Minister (of Foreign Affairs Jean-Yves) Le Drian, was an important step in our efforts to bring our relations back to the desired level.

Let us come to the NATO summit which is being held this Monday, June 14. Turkish President Recep Tayip Erdogan warned the United States 10 days ago with this formula

Is there really a risk that relationships will deteriorate further?

I see no risk that relations will deteriorate further, because we have had time to explain to our American friends and to all of our allies that a number of policy initiatives on their part had been taken. erroneous and had damaged our relations with our allies.

I am referring in particular to the use by our allies of PKK terrorists in Syria.

This is something we will not accept, it is a mistake our allies made, and we urge them to come back to that mistake.

I think that meeting with Mr. Biden will be an opportunity to address this question.

Precisely on this issue, what do you concretely expect from your allies, and in particular from Washington?

It's very simple: (to) completely cease all forms of cooperation with the PKK terrorists, under the pretext of an alleged fight that the PKK would lead against Daesh.

We can see today that the use of these terrorists is counterproductive, because our allies become hostages of this terrorist organization, in particular through detention camps, where the PKK claims to hold people linked to Daesh (and) in make (hold) our allies hostage using these camps.

Turkey's choice to equip itself with Russian anti-missile missiles, the S400s, is, as we know, also a subject of tension with NATO allies and in particular the Americans.

Can Monday's summit allow progress on this issue and if so how?

You may know, one of the reasons why Turkey was forced to make this choice - about which moreover all the answers were given to our NATO allies to confirm that their use would not constitute not a risk for the Atlantic Alliance - is that unfortunately our wish to buy missiles comparable to our American ally, Patriot missiles, or to design and produce missiles comparable with our French and Italian allies, has not been successful . Our allies have not been able to meet our need, so they are responsible for the obligation (in which Turkey found itself) to go and equip itself elsewhere to resolve this issue.

First of all, our American ally should be able to supply Turkey with the equipment that Turkey wishes to buy, in particular the Patriot missiles.

Turkey's purchase of the S 400 missiles is caused directly by our allies' difficulty in providing the equipment we had wanted.

To be very precise, if ever the United States provided you with the equipment you are asking for, would Turkey give up the Russian S 400?

This discussion will take place between the two presidents.

On the right and on the left, members of the US Congress are calling for a tougher line on Turkey.

Fifty-four US senators of all stripes have united in urging President Biden to speak up against his human rights counterpart.

It is the success of the various lobbying campaigns in the United States which have been pushed to work against Turkey by various interest groups.

This is how democracy works in the United States: Members of Congress listen directly to these lobby groups.

But I am confident that President Biden, once he meets President Erdogan, will have all the elements in hand to convince members of Congress of the United States' interest in having the best possible relations with the United States. Turkey.

Just after the NATO summit, President Recep Tayyip Erdogan will visit Azerbaijan for three days, he will go in particular to this symbolic city of Nagorno-Karabakh, recently returned to the control of Baku

What is the meaning of this visit?

The meaning of this visit is a natural continuation of the (close) relations that Turkey has always had with Azerbaijan.

The territories you are talking about are the territories of Azerbaijan which have been illegally occupied for thirty years by Armenia.

The Minsk group unfortunately was not able to put an end to this illegal Armenian occupation and the recent aggressions by Armenia - which fueled this conflict - ultimately resulted in a result where Armenia found itself forced to leave the territories it occupied.

These territories which are Azerbaijani can of course be part of a visit from a friendly foreign leader.

G7 this weekend, then NATO summit before the meeting between Joe Biden and Vladimir Poutin next Wednesday in Geneva: for some analysts these first two meetings are also a display that will give pride of place to an anti-Moscow front.

In any case, since coming to power, Joe Biden has shown great firmness against Russia.

Is that a diplomatic line that you can agree with?

Turkey has been forced to position itself on several regional issues vis-à-vis our Russian neighbor, with whom we of course have important economic and political relations.

But if you look at regional issues, you will see that Turkey has often been opposed to Russia and has sometimes suffered from being the only Western country to face Russia.

I am talking about Syria in particular, but also Libya, where it is only thanks to Turkey's efforts that the Russian presence has been contained.

So our allies, be it the United States or France, can easily observe that Turkey represents the West, the Atlantic Alliance, when necessary on regional issues vis-à-vis Russia.

Precisely on the subject of Libya: on June 23 in Berlin a new conference will be held where the main subject will be the total withdrawal of all foreign armed forces in the country.

Is Turkey itself ready to take this step?

Turkey also encourages the withdrawal of all mercenaries and all foreign fighters who have come illegally to Libya.

The Turkish military advisers and military trainers who are now contributing to the training of the Libyan army and are currently in Libya, are doing so under a bilateral agreement.

They are therefore not affected by this need to withdraw foreign mercenaries.

The Libyans and the Libyans alone - the current government or the future government resulting, we hope, from the elections in December - can decide on the continuation of the collaboration with the Turkish soldiers or on their departure.

This decision belongs only to the Libyans, while the international community, including Turkey, must work together for the departure of the mercenaries, a question on which we agree with our French ally in particular.

In Mali a year ago, during the last coup, the Turkish Foreign Minister was the first to land on the spot.

Today, there is a new deal in Bamako, a new deal, as you know, which worried a lot.

The president of Burkina Faso, estimated yesterday that Africans should "

" and unite to fight against the jihadists who are destabilizing West Africa.

Our priority is also Africa's stability and the fight against terrorism on this continent.

We note the very important efforts made by our French ally in this direction.

By definition, any measure taken to fight terrorism is supported by Turkey without any ambiguity.

Interview: "NATO is also an alliance which unites around common values, the first of which is democracy"