Al Ain Zoo: We achieved our goal to preserve the environment

As part of its mission to enrich eco-tourism and protect natural resources, Al Ain Zoo announced that it had exceeded its target in reducing plastic pollution by 122%, as the consumption of plastic containers for water decreased between 2019 and 2020 from 13,130 to 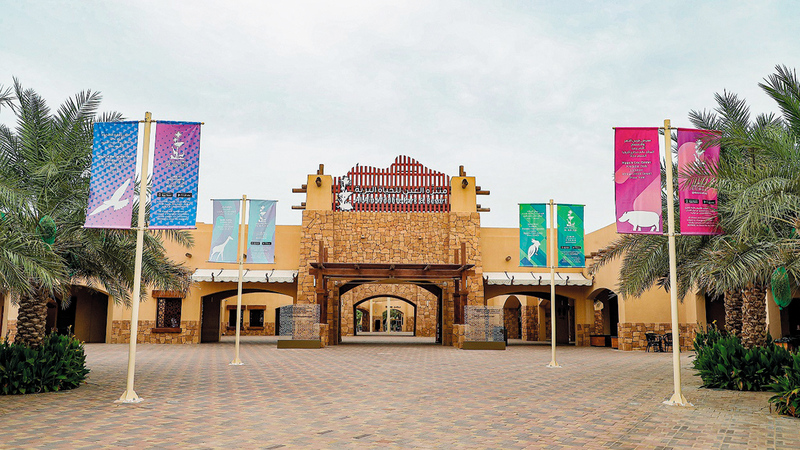 Special attention is paid to sustainable greening and native plants

Al Ain Zoo: We achieved our goal to preserve the environment

The park seeks to contribute to the protection of natural resources.

As part of its mission to enrich eco-tourism and protect natural resources, Al Ain Zoo announced that it had exceeded its target in reducing plastic pollution by 122%, as the consumption of plastic water containers decreased between 2019 and 2020 from 13,130 to 5900.

She added that at the level of the Sheikh Zayed Desert Learning Center, the actual building energy consumption improved significantly on both the baseline reference performance and the design by 71.21% and 57.33%, respectively, in compliance with the standards of LEED International Certificate of Sustainability.

The center also achieved a direct reduction of 20.89% in energy consumption compared to last year, in light of the closure of the center during the “Covid-19” pandemic from March until August 2020, which led to a reduction in greenhouse gases and operational costs.

Al Ain Zoo pays special attention to sustainable greening and local plants, focusing on proactive management of tree risks and aligning plants with conservation goals, such as the Greening Project of the African Eye Safari, the Eucalyptus Farm Project, the Penguin Beach Project, and the project to sell seedlings to visitors as a community contribution by the Foundation, in addition to To the project of planting and propagating endangered plants in the foundation's nursery, such as the stunted palm known as Ghafd, and the khansour plant.

In terms of construction and facilities, the park relies in its capital projects, which will open soon, on environmentally friendly components that serve tourism purposes, in addition to raising awareness of environmental diversity for visitors, students, academics and field researchers, such as the “Natural Reserve” project, which provides a model for wildlife in the city of Al Ain, in terms of Local animals and plants, as well as the “Green Oasis” project to control animal and plant waste and reuse green waste.

As well as the project "Developing and Improving the Irrigation Network in a Garden", which guides the consumption of water resources, by replacing the old irrigation networks with advanced networks and the integrated automatic central control.

• The “Natural Reserve” project provides a model for wildlife in Al Ain, in terms of local fauna and flora.