I may destroy you double Bafta winner

Michaela Coel was the big winner when the British TV gala Bafta was held in London on Sunday, but The crown did not receive any awards at all. 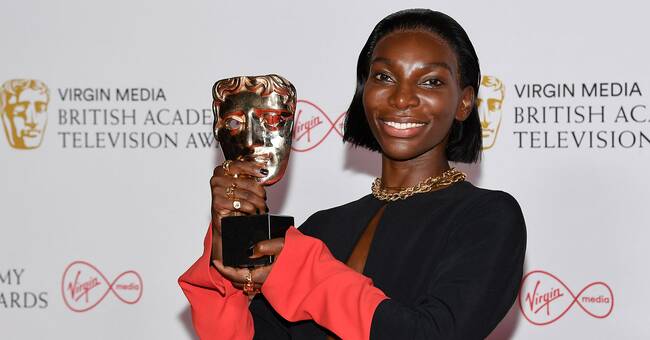 Michaela Coel was both named best actress and won as producer the category best miniseries for the acclaimed I may destroy you, which is about sexual abuse.

In May, Coel also won Bafta's best screenplay and direction for the same series when the first part of the gala was held.

In her speech of thanks for best actor, she paid tribute to the special staff at several British film and television recordings that will ensure that no sexual abuse is committed when intimate scenes are filmed.

"Thank you for being in our industry, for making the recordings more secure and setting physical, emotional and professional boundaries so that we can create works about exploitation and abuse of power without exploiting or abusing ourselves," Coel told The Guardian.

The Crown won nothing

Coel and the series, which is shown in Sweden on HBO Nordic, has won several major television awards since its premiere last summer.

However, last winter it was completely nobbed by the Golden Globe jury, which made headlines.

Other winners at the Bafta Gala include Inside no 9 for best comedy series and Save me too for best drama series, and Paul Mescal surprisingly won the award for Best Actor for Normal People.

That prize and the winnings for I may destroy you meant that the pre-favorite, Steve McQueen's Small Ax, had to settle for the prize for best supporting actor (Malachi Kirby).

And The crown received no awards at all.