A study reveals ... the magical effect of a daily cup of milk!

&nbsp;A recent scientific study revealed that a glass of milk a day can significantly reduce the risk of heart disease. A team of researchers also found that milk drinkers have low levels of cholesterol, which leads to clogged arteries, heart attacks or strokes. 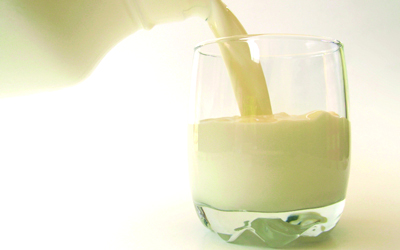 A study reveals ... the magical effect of a daily cup of milk!

Milk is a good source of vitamin D for babies.

A recent scientific study revealed that a cup of milk a day can significantly reduce the risk of heart disease.

A team of researchers also found that milk drinkers had low levels of cholesterol, which leads to clogged arteries, heart attacks or strokes.

The study authors said in a statement that those who drank milk every day reduced the risk of coronary heart disease by 14 percent, according to the British newspaper, "Daily Mail".

And scientists discovered that those who had a mutation that enabled them to consume large amounts of milk were less likely to have cardiovascular disease, after studying the health information of two million Britons and Americans.

The recent scientific study comes as a growing body of evidence shows that dairy products can actually be beneficial for your health.

Lead author and nutritionist at the University of Reading Vimal Karani said: “We found that among the participants who had a genetic variation associated with eating more milk, they had higher BMI and body fat, but more importantly, they had lower levels of good and bad cholesterol. ".

He continued: "We also found that those with genetic diversity have a significantly lower risk of developing coronary heart disease. All this indicates that reducing milk intake may not be necessary to prevent cardiovascular disease."

The international team was unable to find a link between regular milk consumption and increased cholesterol levels.

When they pooled data from the UK Biobank Study, the 1958 British Birth Cohort, and the Health and Retirement Study from the US, the scientists found that those who drank more milk had lower levels of blood fats.

However, mineralists found that regular milk drinkers generally had a higher BMI compared to those without milk.

They looked at a variation in the lactase gene associated with digesting the milk sugars known as lactose, and they found that those carrying this substitute had a good way to identify those who consumed more milk.