Gaza: Hamas underground tunnels in the sights of the Israeli army

As the conflict between Hamas and the Jewish state continues, the tunnels dug by the Palestinian Islamist movement remain a prime target for the Israeli military. Decryption. 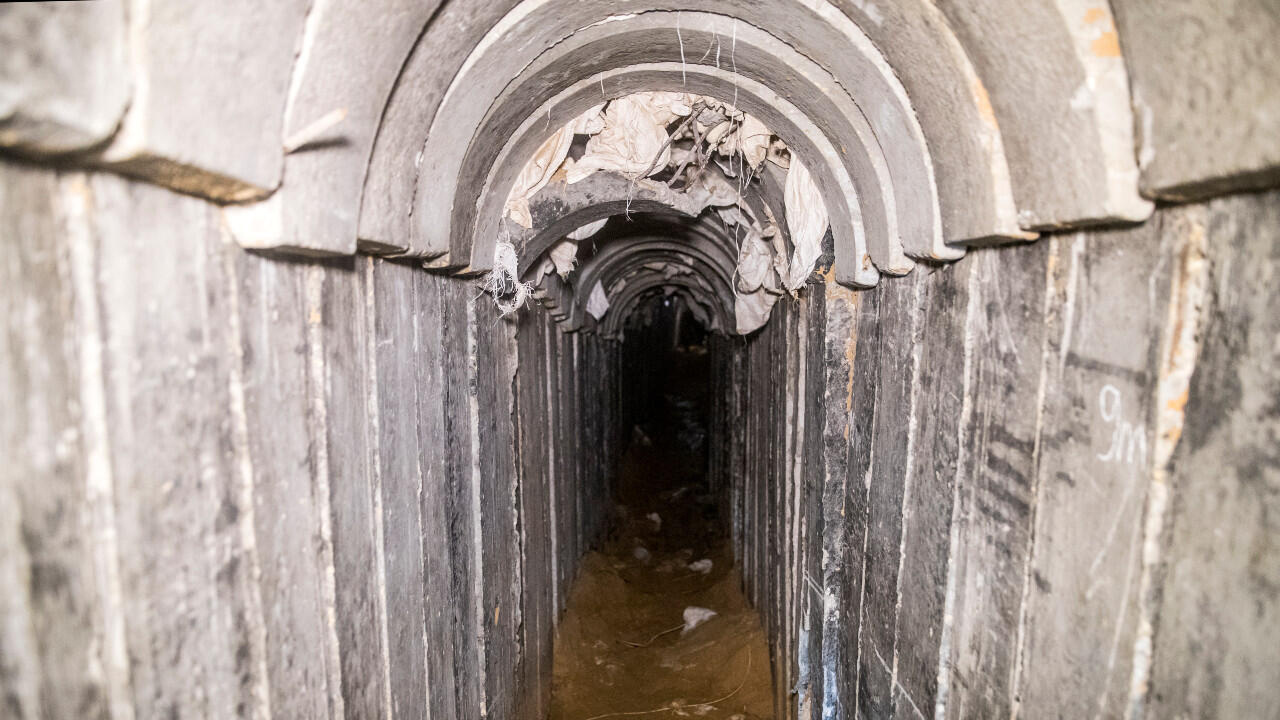 For the Israeli army, the tunnels dug by Hamas in the Gaza Strip represent "the backbone" of the operations of the Palestinian Islamist movement against the Jewish state.

While Israel and the Palestinian Islamist movement, in power in the Gaza Strip, have been engaged in a military escalation since May 10, Hamas's underground network has become a stake in the conflict.

"The government of Benjamin Netanyahu seems determined to inflict a significant blow on Hamas and this involves a campaign of air raids targeting its underground network, which represents high tactical and strategic value for the Palestinian movement," said Antoine Mariotti, journalist at France 24 and former correspondent in Jerusalem. According to Israeli estimates, this network is several hundred kilometers long.

"What we are aiming for is an elaborate system of tunnels under Gaza, mainly in the north but not only. It is a network that Hamas members use to move around, to hide, to hide. shelter, "IDF spokesman Jonathan Conricus told the foreign press on Friday.

More than 100 kilometers of tunnels have already been destroyed according to Israeli media.

The haunting of Israel

The maze of concrete corridors built by Palestinian armed groups, which provided them with rails and telephone and power cables, has become Israel's haunt in recent years, as Hamas has gone underground in an attempt to escape. to radars in the Hebrew state.

Initially, the tunnels appeared in response to the Israeli blockade imposed on the enclave after the coup that allowed Hamas, in 2007, to take control of Gaza. They were used in particular to clandestinely supply the population with goods and food from Egypt. It is Mohamed Deif, the supreme commander of the Ezzedine al-Qassam Brigades, the armed wing of Hamas, who is, according to the Israeli services, at the origin of the strategy of ground incursions via underground tunnels. In 2013, a 2.5 km long corridor connecting the Hebrew state to the Gaza Strip was discovered by the Israeli army.

"Gaza's underground networks were the official objective of the 2014 war, when the Israelis announced that they wanted to destroy all the tunnels that passed under the border with the Palestinian coastal strip," recalls Antoine Mariotti, who had visited one of the these tunnels as part of a report broadcast on France 24.

During the 2014 campaign, Hamas used these tunnels, high enough for a man to stand, to infiltrate Israel.

According to the Begin-Sadat strategic center at Bar-Ilan University in Tel Aviv, the men of the Palestinian movement managed to kill 11 Israeli soldiers in three separate attacks.

In 2017, an official report accused Prime Minister Benjamin Netanyahu and the Israeli army of having poorly prepared the country for this "strategic" threat during the 2014 conflict.

Since then, the Jewish state has developed various methods to destroy these tunnels or prevent their formation, including the construction of an underground wall belt, equipped with sensors detecting any drilling activity and supposed to mark, deep in the sub -sol, the borders with the Gaza Strip.

If the threat of incursion has been averted, the current underground network - nicknamed "the Gaza Metro" by the Israelis - demonstrates that Hamas remains capable, despite Israeli surveillance, of maintaining secrecy about its capabilities and arsenal.

"Despite its overwhelming military and technological superiority, the Jewish state, despite a considerable number of airstrikes carried out since the start of the conflict, has failed to prevent Hamas from launching rockets while the Gaza Strip is under blockade, underlines Antoine Mariotti. However, all these rockets must be manufactured and hidden somewhere, in particular in the basement of Gaza, just as the leaders and the executives of the Palestinian movements are suspected of taking shelter underground to escape to continued Israeli surveillance and airstrikes. "

Tunnels "that feed all fantasies"

The issue of the Gaza tunnels is also the subject of a communications war between the Israeli army, which frequently broaches the subject on its Twitter account, with videos in support, and Hamas, which several officials have praised. recent years the extent of the Palestinian underground network.

The operation: 160 units of planes, tanks, artillery and infantry along the border.

We hit 150 targets and damaged many kilometers of Hamas' "metro" network.

Last week, the IDF was suspected of manipulating the international press by sending Hamas the message that troops were "in" Gaza so that the armed movement's "first line of defense" could be positioned in the tunnels. , according to the Jerusalem Post.

It is impossible to draw an independent record of the strikes that have targeted the Gaza tunnels since the beginning of the conflict, just as it is difficult to find out what they actually harbor.

"Concretely, very few people have information on the current state of Hamas tunnels, including the Israeli services, who know perfectly well what is going on in this enclave but not necessarily in its basement", confides Antoine Mariotti.

And to conclude: "The question of the tunnels, which feeds all the fantasies, is part of the war of communication which the two parties are waging, but it also serves to justify the continuation of the operations in Gaza while rockets of Hamas continue to strike. 'be drawn to Israel. "