China News Service, Suqian, May 18 (Liu Lin, Wang Songzhu, Tao Bingfeng) Recently, a grassroots power supply employee in Suqian City, Jiangsu Province set up emergency calls for the elderly in the village as their own mobile phones. This electrician’s "1" key dialing function, Touched many netizens. On the 18th, the reporter learned that the 56-year-old Zhang Bichao is a grassroots power supply 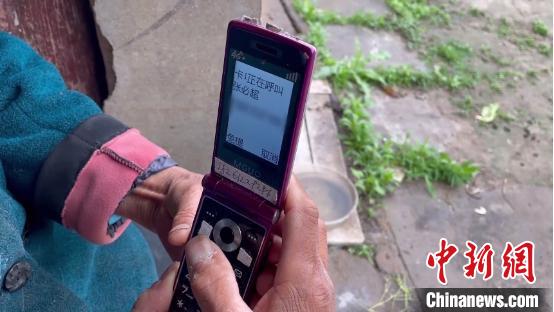 On the 18th, the reporter learned that the 56-year-old Zhang Bichao is a grassroots power supply employee of the State Grid Suqian Siyang County Power Supply Company. He is also a Communist Party member. He has worked in the electric power position for 31 years. He has been working since 1990. Responsible for power supply service guarantee in Wangzhuang Village, Siyang County, Suqian City, Jiangsu Province.

Zhang Bichao set the one-key dialing of dozens of elderly people in the village as himself. Whether it is power problems or living problems, old people encounter problems, as long as they dial the single-digit mobile phone number "1", Zhang Bichao will always be the first one. Time is up.

In the eyes of the elderly, Zhang Bichao is not a relative, but better than a relative.

Nowadays, more and more young people go out to work, and many old people in the village have become left-behind old people, and there are also some lonely old people.

With the intelligentization of electricity payment, since the children are not around, it has become a problem for the elderly to apply for repairs on the phone and pay online.

Every time the maintenance is over, Zhang Bichao will save his mobile phone number to the elderly so that he can apply for repairs next time. When there is a problem with the available electricity, the elderly will still not call him.

Zhang Bichao discovered that most of the elderly in Wangzhuang Village are illiterate, and simply leaving the phone with the elderly cannot solve the fundamental problem.

Zhang Denggui, a left-behind elder in Wangzhuang Village, usually dials "1" to find Zhang Bichao if he has problems with electricity at home.

In July 2019, Zhang Denggui had a sudden illness. Because he was illiterate and there was only one emergency caller on his mobile phone, Zhang Denggui pressed "1" to dial Zhang Bichao's phone in a hurry.

After this incident, the elderly in the village knew that dialing "1" to find Zhang Bichao, the family can handle all the big things and small things.

In addition to helping Liu Zhaodi solve some electrical problems, Zhang Bichao has also helped her solve life difficulties for many years.

Chen Yulian is a widow and lonely old man in the village, 78 years old this year, Zhang Bichao often tells the elderly: "Mother, as long as you encounter difficulties, you can press '1' with your mobile phone, and you can find me." Outside of work, Zhang Bichao often comes to the old man's house and talks to her. Chat and lesbian.

For Zhang Bichao's help, Chen Yulian said: "Help me a lot, usually farming, there is no water or face at home, he will solve it for me."

Liu Zhaodi, an old man in Wangzhuang Village, was born short. After his wife became ill, life at home was very difficult.

Liu Zhaodi said: "It's not a power issue. He also came to help me, such as plowing and planting the ground. I never thought that there are such good people in the world. I want to thank him."

"When I saw them, I remembered my parents. They had other things. Call me and I would help them. This is what I should do." Zhang Bichao said.