It has an unmistakable picture of whitewashed houses and steep streets. Olvera, in the Sierra Norte de Cádiz, is one of the essential towns at that crossroads where 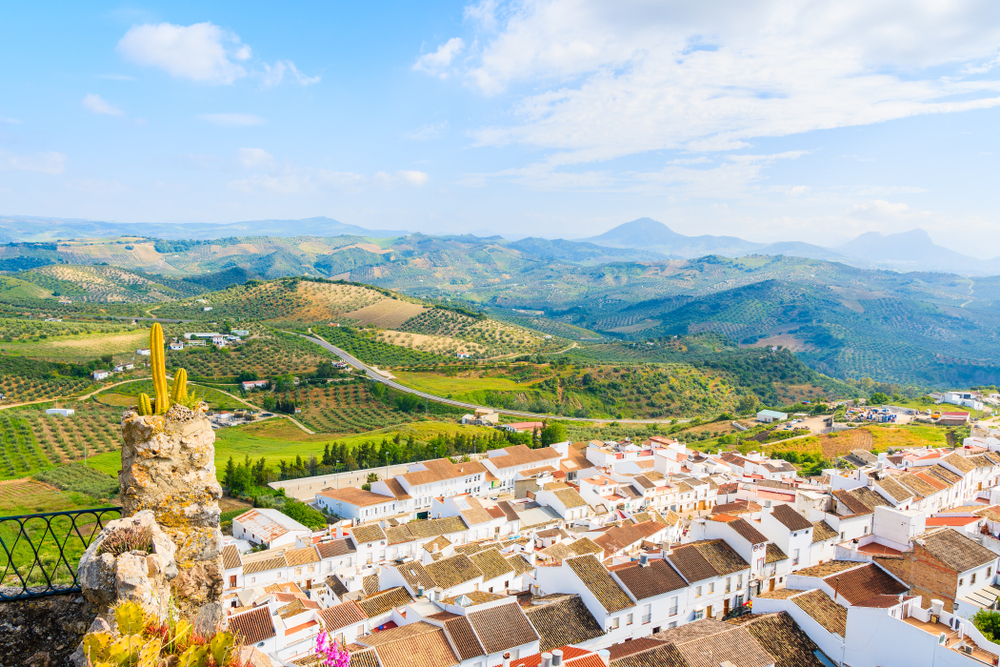 It has an unmistakable picture of

in the Sierra Norte de Cádiz, is one of the essential towns at that crossroads where the provinces of Cádiz, Málaga and Seville meet. It is, from today, also the

, the initiative promoted by the EscapadaRural.com platform.

(18%) out of a total of 120,781 participants, a figure that far exceeds that registered in previous editions and that shows the consolidation of the contest and the good reception of this among the rural travelers.

The contest, now in its fifth edition, had entered

247 locations across the country

Of these, the digital platform specialized in rural accommodation selected the ten finalists under certain minimum requirements: having less than 10,000 inhabitants, betting on quality rural tourism and not having competed in previous editions.

who with their votes have raised Olvera as the capital of this year.

The views from the top of the town.

The second place went to

They are followed by

(Albacete) in the third port.

(Valencia) is the seventh.

(Lleida) close in the top ten this year.

The Mayor of Olvera, Francisco Párrago Rodríguez, has been extremely satisfied with the award and the opportunity it represents: "As mayor I want to show the satisfaction we feel for this distinction. First of all, to thank the support received by so many anonymous people who have voted for our candidacy, as well as all the institutions that have supported us and, of course, EscapadaRural.com for letting us appear in their

and being able to show visitors everything that the town of Olvera can offer ".

The Capital of Rural Tourism awards were born five years ago with the double objective of giving visibility to the municipalities that are committed to rural tourism by creating a network of contacts to share experiences and concerns and make the finalist town a reference destination for rural tourism.

In last year's edition, Potes, in Cantabria, won the award by getting 24,499 votes.

Another Cantabrian town, Santillana del Mar, was the winner of the contest in the 2019 edition with 9,720 votes.

In 2018 the winner was Aínsa-Sobrarbe, in Huesca, and in the first edition the award went to Sigüenza (Guadalajara).

DiscoverNamur, the largest and oldest fortress in Europe

InterviewRocío and Edu, the nomadic couple who teach you to live on wheels: "Anyone can camper a van"

Discover Madrid and its five most unknown destinations, from an abandoned town to a ruined monastery