They detect a fireball flying over the Mediterranean Sea at 68,000 km / hour

The detectors of the SMART project, of the Institute of Astrophysics of Andalusia (IAA-CSIC), from the astronomical observatories of Seville, La Hita (Toledo), Calar Alto (Almería) ... 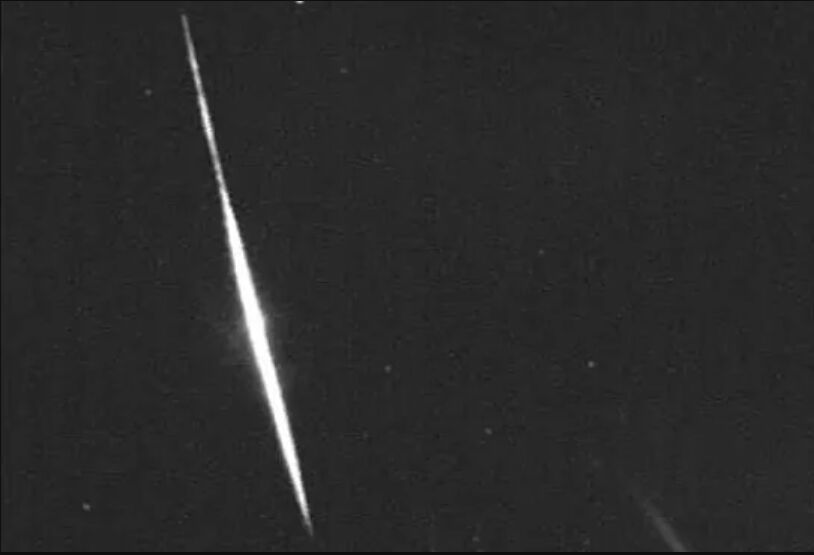 The detectors of the SMART project, of the Institute of Astrophysics of Andalusia (IAA-CSIC), from the astronomical observatories of Seville, La Hita (Toledo), Calar Alto (Almería) and Sierra Nevada (Granada) have registered the passage of

a ball of fire over the western Mediterranean

According to the analysis of the principal investigator of the SMART project,

from the Institute of Astrophysics of Andalusia (IAA-CSIC), the fireball was recorded yesterday, May 14 at 4:25 am.

The phenomenon occurred when

a rock from an asteroid

at a speed of about 64,000 kilometers and could be seen from different points of the Andalusian autonomous community.

, generating a fireball that began at an altitude of about 89 kilometers above the Mediterranean, about 13 kilometers away from the Spanish coast.

From that initial point the fireball advanced in a southeasterly direction;

became extinct at an altitude of 29 kilometers above the sea,

some 34 kilometers off the coast of Morocco.

Due to its high luminosity, the phenomenon

could be seen from more than 500 kilometers away,

which includes the entire central and southern area of ​​Spain.

The detectors of the SMART project operate within the framework of the Southwest Europe Fireball and Meteor Network (SWEMN), which aims to continuously monitor the sky in order to record and study the impact against the earth's atmosphere of rocks from different Solar System objects.

Málaga, Granada and Cádiz will be the Andalusian provinces with the highest growth in 2021

Hold my column (VII) Emilia Landaluce: "When you are about to die you go to the best moment you have ever imagined"