Flights to nowhere born during the pandemic are still raging. The latest one offered by Qantas has also been unexpectedly successful. According to the Australian airline, the p 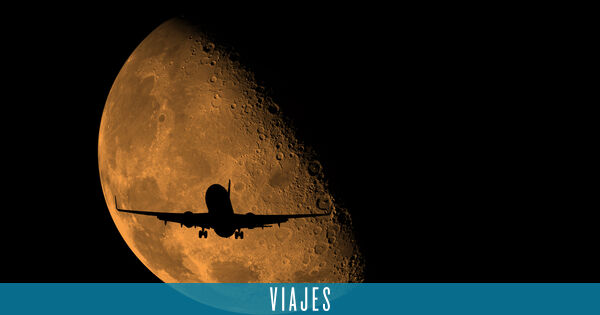 Flights to nowhere born during the pandemic are still raging. The latest one offered by Qantas has also been unexpectedly successful. According to the Australian airline, tickets were sold out in a matter of minutes: 2.5 exactly. It is true that the aerial excursion offers a rather unusual experience. Scheduled for May 26, the three-hour flight will allow the passenger to see a double phenomenon up close: a

supermoon and a total lunar eclipse,

"We are overwhelmed with the popularity of these special flights," Qantas Director of Customer Service Stephanie Tully said in a statement. Tickets for these flights cost between 320 euros for a cabin seat and 970 in first class. Not too

to go to the Moon or get closer, rather, ascending up to 13,100 meters in height, the maximum allowed by the Boeing 787 Dreamliner.

", enough to attract "anyone with a passion for astronomy, science, space photography, aviation or just willing to do something a bit. 'out of this world', according to the airline.

On the 26th, the Moon will be at its closest point to Earth, a phenomenon that usually occurs between two and four times a year, and which makes the satellite appear larger and brighter, hence the name supermoon.

For its part, the total lunar eclipse, which happens when the Earth interposes between the Sun and the Moon, will occur between 9:11 p.m. and 9:25 p.m. Australian time.

It can only be seen from this country, New Zealand, some territories in the Pacific and the west of the American continent.

Qantas has tried the formula several times during the pandemic.

In September, the flight he organized to fly over the most spectacular landscapes of the interior of the country also sold out immediately.

At least then the passengers were clear about the seven-hour journey.

At the beginning of the year, however, the brave who signed up for Qantas flights to nowhere didn't even know in advance

where they were going

Only a few hours before the appointment at the airport, the company informed them if they needed a bikini or sneakers.

They also sold out quickly.

The best campsites in Spain to enjoy flowering